Yowie Group, which owns popular chocolate brand Yowie, has suffered an unsavoury US$500,000 impairment hit to its bottom line after discovering its assets were over-valued.

The amount was worth about $740,000 as of Friday afternoon’s exchange rates.

Yowie characters such as Boof, Squish and Crag were a popular treat for generations since the chocolate-encased toys were launched by Cadbury in 1995.

Generations of children grew up on Yowie chocolates since the confectionary with a surprise inside was launched in Australia in 1995, becoming an instant smash hit

The Yowie was wildly popular, selling 65 million units in Australia in its first year, the ABC reported, outselling its biggest competitor Kinder Surprise.

Cadbury stopped making the chocolates in 2005 after a dispute with the creators of the characters, authors Bryce Courtenay and Geoff Pike, over the rights to sell the chocolates worldwide.

The brand was re-launched in the US in 2014 by the Yowie Group, which outsources the chocolate making.

The company targeted the competitive US market with a combination of chocolates plus Yowie-brand character-driven computer games and applications, then re-entered the Australian and New Zealand market in 2017.

The group hit trouble at the end of June when its market capitalisation was found to be less than its net assets, the company’s non-executive chairman Louis Carroll told the Australian Securities Exchange (ASX) on Friday.

‘The Board has completed the impairment testing of which outcome indicated the requirement for an additional impairment of US$0.5 million to be booked against the Group’s non-current assets,’ Mr Carroll said. 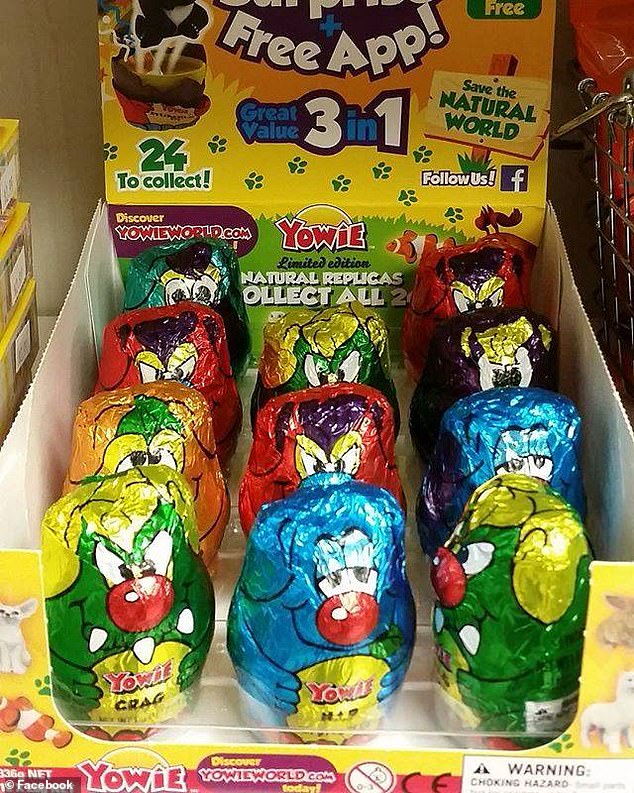 Yowies disappeared from the shelves when Cadbury stopped making them, only to return with new company Yowie Group targeting the US market. Yowie Group has reported an unexpected impairment to its assets on Friday, booking an additional US$500,000 in write-downs

The write-down left a sour taste for shareholders of the brand licensing company, after an unsatisfying year where total losses amounted to US$5.5 million ($8.1 million) the ASX release said.

The company blamed an 18 percent fall in global net sales on increased competition in the US, in its preliminary final report released on August 30.

A global ‘surprise-inside’ competitor, which launched in December 2017 and was the top selling chocolate, had made large market-share gains and expanded its leadership position, the report said.