A third of the residents at a virus-hit care home have died in just ten days.

In a stark example of the crisis in the sector, six passed away as staff struggled to contain an outbreak.

Last night the daughter of one of the dead said the state care homes had been left in was ‘wicked’.

Rhona White, 64 – whose mother Peggy Grainger, 86, had a moving final letter from her family read to her because they were unable to visit – said: ‘The whole situation is just criminal. People are being allowed to die in these homes and nobody seems to really care about it.’ 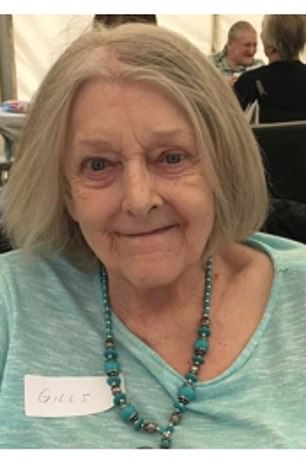 Ian Charles Leverington (left), 70, a retired engineer, was the first resident to die on April 3 while Gillian Howard (right), 77, who was described by the care home as ‘an extravagant person’ who ‘enjoyed telling stories of her past and her connections with the Royal Family, died on April 8

Some 85 per cent of carers at Philia Care Home in Peterborough have either fallen sick or had to self-isolate after coming into contact with carriers.

The home had 18 residents at the start of the month. Six died in a ten-day period from April 3.

Eight of the remaining 12 are believed to have been infected, although three of these have recovered. Staff try to stay healthy, but many struggle to get hold of personal protective equipment (PPE).

At one point, they even resorted to making home-made visors from plastic file wallets held over their faces with Alice bands.

Bosses yesterday warned inadequate financial support and the dramatic loss of residents was creating a funding crisis that could result in closure – and would be repeated in homes up and down the UK.

Managing director Carol Smit said: ‘We will not be able to sustain this indefinitely.’

Manager Heidi Seldon, who has moved into the home and sleeps in her office, said: ‘What I wasn’t prepared for was how hard it was going to be, emotionally, watching so many of my residents suffering from coronavirus.

‘We’re just trying to hold ourselves together and hope that there will be some light at the end of the tunnel.’ 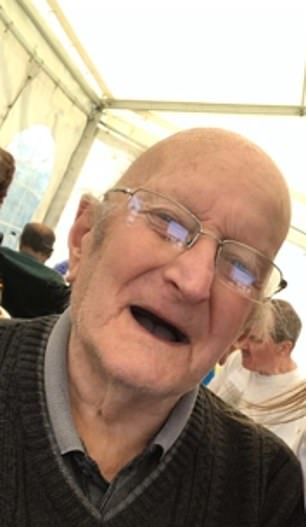 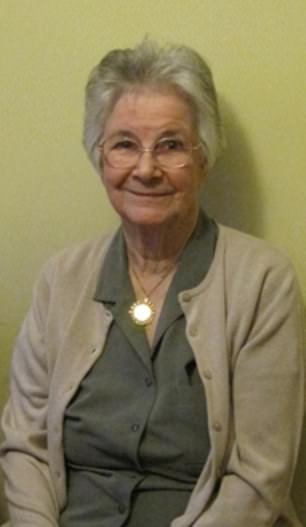 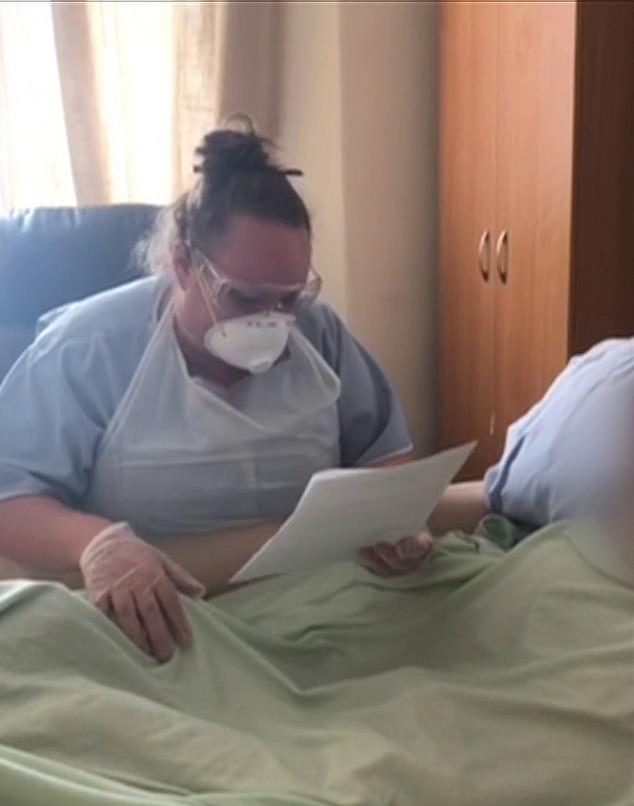 Laura Dunn-Green, a worker at the care home, read out a final family letter to Peggy Grainger before her death

Deputy manager Zdenka Dunczikiva has returned to work after falling ill. The 29-year-old, who is staying at the home round-the-clock and has left her five-year-old son with her parents, said: ‘Sadly six people have passed away and it looks like more will go. The next few days are going to be really, really hard.’

The first resident to die, on April 3, was retired engineer Ian Leverington, 70. His only child, Haley Leverington, 38, said: ‘My dad would still be alive today if it wasn’t for the virus.

‘It’s a hidden scandal because the death toll could be twice as bad if they took notice of the care homes.

‘But they’re only looking at NHS hospitals and the general public. Just because they’re elderly doesn’t mean they don’t have a right to be recognised.’

Other victims included Gillian Howard, 77, who died on April 8 and was described by the care home as ‘an extravagant person’ who ‘enjoyed telling stories of her past and her connections with the Royal Family’.

George Smith, who died last Friday aged 88, was ‘a caring man who has spent his whole life caring for his own loved ones’ while Mrs Grainger, who died on Monday, was described as a gentle, loving person who always put her family first’.

The home, which was rated good by the Care Quality Commission last year, is one of six operated by Trust Care Management Group. None of the others has so far been hit by Covid-19. 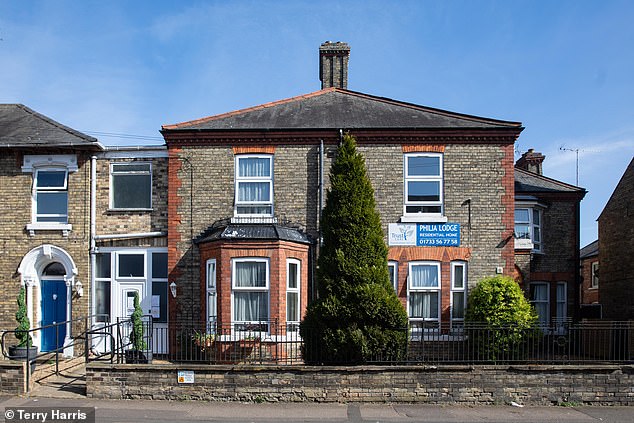 The local care commissioning group (CCG) recently increased its budget by just 4 per cent – less than the shortfall caused by rises in the national living wage, inflation and soaring PPE costs.

A quarter of its annual PPE budget has been spent in just three weeks on goggles, gowns, visors and gloves. Senior staff also claimed the CCG made a verbal agreement to block purchase all the beds for six months but withdrew it because of the virus outbreak.

Mrs Smit last night called on the Government to end the two-tier system under which the NHS pays no VAT on PPE but care homes pay full price. She said an ’emergency measure’ to remove VAT during the crisis should be introduced, adding: ‘At least that would give us some kind of funding relief.’

There are also concerns about who will administer end-of-life medication including pain relief.

GPs stopped visiting the home at the start of the pandemic and community nurses have warned that they may not be able to attend in future due to staffing problems. 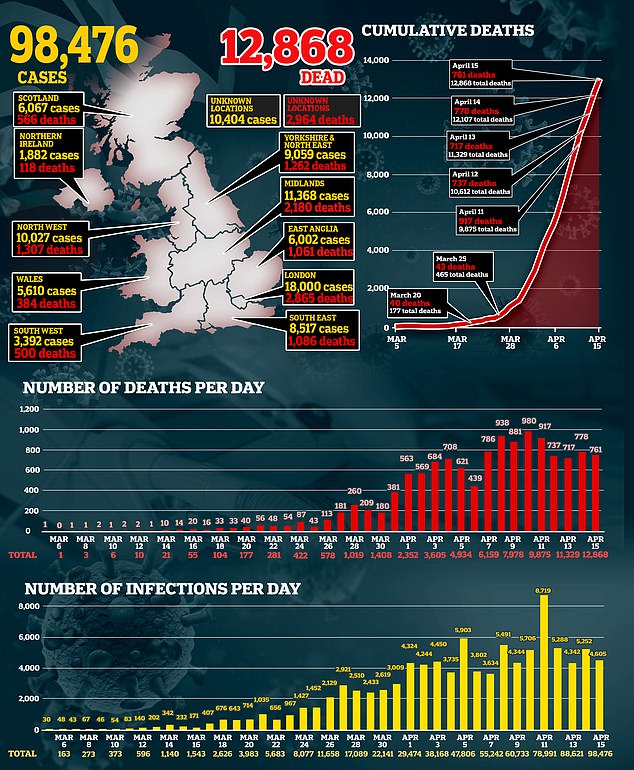 Chris Graham, the group’s national operations manager, said: ‘They [staff] have been offered training by Zoom or Skype.

But the home will need to be insured and indemnified. There has to be training and competency.’

Trust Care Management Group is owned by Mrs Smit and her business partner, and run by two families.

It started with two care homes in 2010. Philia Lodge was the fourth. The home normally has a budget of £46 a week for PPE. In the last three weeks it has spent £1,236.

Public Health England delivered 300 face masks to every care facility at the beginning of the crisis, but ‘with no guidance’.

Mr Graham said: ‘We didn’t use it at the time because we didn’t have a positive case. But people [at other homes] were using them because they thought they had been delivered to use [as a preventive measure].’

Peterborough City Council also provided four days’ worth of gloves and aprons after it set up a Covid-19 response team. But there were no goggles or face masks as they were no longer in stock – they had already been sent to NHS hospitals.

Mrs Smit said: ‘The Government should have had a contingency plan.’ No sick residents were turned away from hospital – but the home was usually told to keep them in their care. Those who were ill were assessed by a GP [remotely], or by paramedics or call handlers on the 111 service.

Mr Graham said: ‘We were told they had to stay at the home because they were reaching the end of their life.’

…and 24 dead in another tragic home

Twenty-four residents have died at a care home in around three weeks.

A third of victims at Bradwell Hall Nursing Home had tested positive for Covid-19, with others dying after suffering ‘pneumonia-like symptoms’ having not been tested.

The first positive test at the home in Staffordshire came on March 23, the day Boris Johnson ordered Britain into lockdown.

Days later, it issued a public appeal for donations of face masks. The purpose-built facility is the largest care home in the county, with 163 single rooms and 12 shared rooms. Around 140 residents live there. 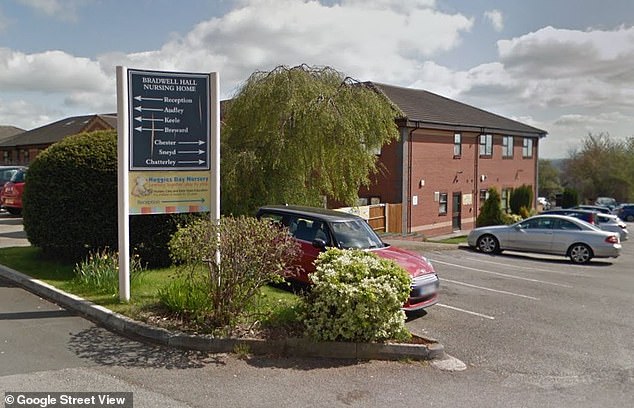 The BBC last night reported that on top of the 24 known to have died, a further ten elderly residents and one staff member are self-isolating after testing positive.

The dead include grandfather Reg Amison, 86, whose son Robert, 58, yesterday told the Daily Mail the Government must improve access to protective equipment and virus testing for care home workers.

He said: ‘The staff had almost no equipment to stop the disease spreading. I’m not blaming the home, they looked after my dad really, really well.

‘But the Government should be ramping up testing, and frontline nurses and carers should get tested first.’

Edward Twigge, owner of the home, said the past three weeks had been ‘truly heartbreaking for everyone involved’.

It has since been working with Staffordshire County Council, Public Health England (PHE) and the NHS to stem infection rates, and has been closed to new admissions for more than three weeks.

Among staff, 100 were self-isolating after the first cases were found. The rest have their temperature taken every day when they come to work. Over the same three-week period last year, there were just five deaths at the home.