One cigarette is enough to get you addicted

Taking just one drag of a cigarette is enough to get you hooked, a study has found.

More than two-thirds of people who try tobacco for the first time go on to become daily smokers.

But the good news is that fewer teenagers today are experimenting with cigarettes in the first place, researchers said.

The smoking habits of more than 215,000 people were analysed by teams at Queen Mary, University of London, using global databases, including in the UK.

They found 60.3 per cent had tried a cigarette, of whom 68.9 per cent progressed to habitual smoking.

Taking just one drag of a cigarette is enough to get you hooked, a study at Queen Mary, University of London, has found after analysing the smoking habits of more than 215,000 people

Lead researcher Professor Peter Hajek, a psychologist at Queen Mary, said: ‘This is the first time the remarkable hold that cigarettes can establish after a single experience has been documented from such a large set of data.

‘We’ve found that the conversion rate from “first-time smoker” to “daily smoker” is surprisingly high, which helps confirm the importance of preventing cigarette experimentation in the first place.’

But he said the UK was seeing a ‘dramatic reduction in smoking’, with only 19 per cent of 11 to 15-yearolds having tried it.

Previous research has noted cigarettes are unusual in that many people report not liking the taste on their first puffs – yet still go on to be regular smokers.

But Professor Hajek, who has provided consultancy for and received research funding from makers of stop-smoking medications, said this instant addiction did not appear to apply to e-cigarettes. 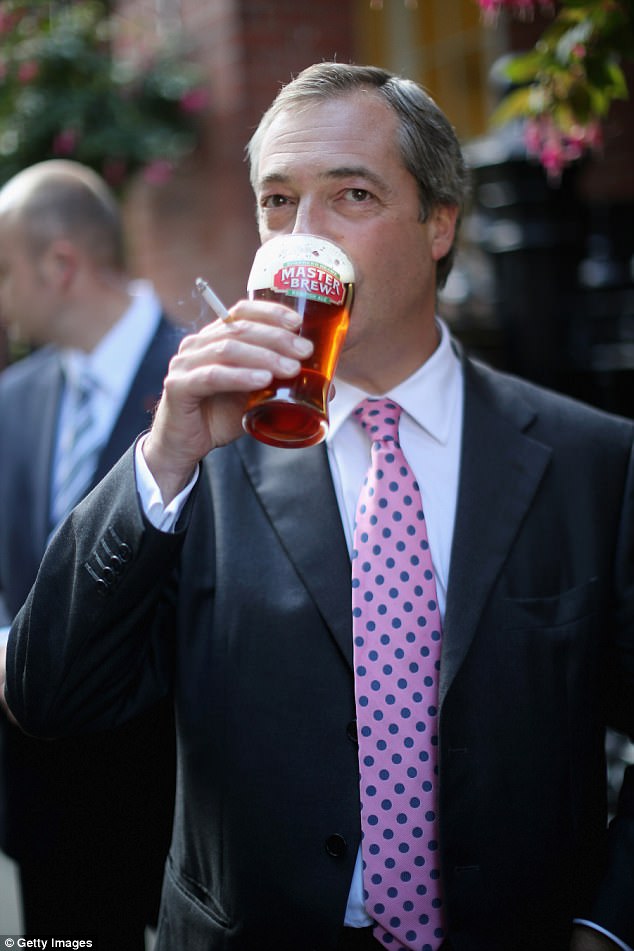 More than two-thirds of people who try tobacco for the first time go on to become daily smokers. Nigel Farage (pictured) is known for his love of a cigarette

‘The presence of nicotine is clearly not the whole story.’

The authors said a possible weakness in the findings, published in Nicotine And Tobacco Research, may be that people are not accurately recalling their smoking history.

The report came as the Commons science and technology committee yesterday heard evidence on the safety of vaping.

The Medicines and Healthcare Products Regulatory Agency told MPs: ‘E-cigs will improve public health if they become a route out of smoking for large numbers of adult smokers, without providing a route into smoking for children and non-smokers or generating new health risks.

‘It is our view the evidence to date suggests this is the case.’