The person who died in Tuesday evening’s crash was believed to be an occupant of the aircraft. The plane crashed on Soth Birchwood Ave, according to KELO.

The person who died in Tuesday evening’s crash in Sioux Falls, South Dakota, was believed to be an occupant of the aircraft

‘We’re still investigating, there may be more fatalities to come,’ Smith asserted.

The exact number of people in the plane and homes wasn’t immediately clear. Grace Chinn, who lives near an affected home, says the crash ‘shook our whole house.’

Smith says a fire at the scene was extinguished within minutes.

Four homes were affected by the plane crash, Smith added.

Two of those homes were hit with heavy damage and the Red Cross has been contacted about sheltering the two families from those residences, CNN reported. 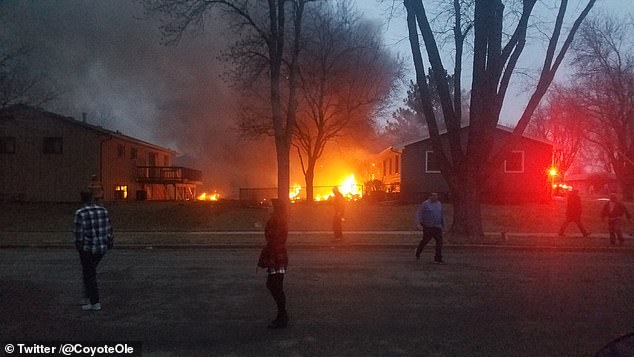 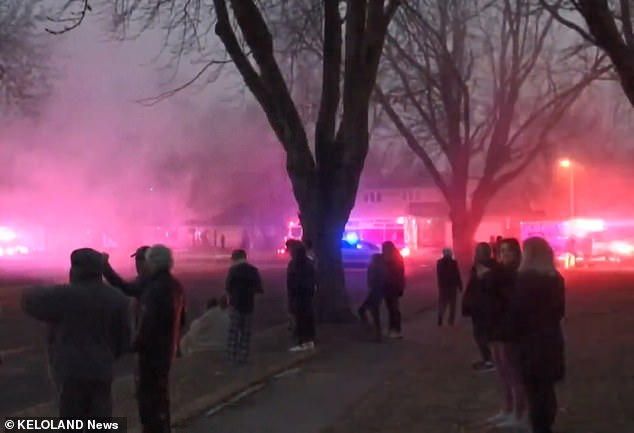 Max Jamison, a local resident in the area, shared that he rushed to the area of the explosion to see if anyone needed any assistance.

‘Many many neighbors out to help and flames as high as the home in the picture,’ he added on Twitter. ‘Sounded like a plane did a “nose dive” into the ground. Not much more info than that.’

Joe Harris, who was with his parents for the holidays, also rushed to the scene to help.

‘I was at Christmas gathering with my parents when we heard the explosion and saw the fire,’ he said. ‘We ran about 3 blocks to the site.’

The National Transportation Safety Board has been called to the area to investigate the crash. Smith said that he expects to team to reach Sioux Falls by Wednesday.