Felicite Tomlinson at the premiere of What If in London. The sister of the One Directoin star has been found deadof a suspected heart attack

The 18-year-old sister of One Direction star Louis Tomlinson has been found dead at home from a suspected heart attack.

The tragic death of Félicité, a fashion designer and Instagram star who had almost 1.3million followers, comes after Louis’ mother mum Johannah died from leukaemia in 2016.

Louis has been left ‘devastated and ­distraught’ by the death, the Sun reported, and praised his sister as ‘loveable, caring, bright and beautiful’ last night, sources close to the One Direction singer told the paper.

He has pulled out of tomorrow night’s Comic Relief, where he was due to perform his new single live as one of the headline acts.

She collapsed after a suspected heart attack at her fourth-floor studio apartment in Earls Court, West London, on Wednesday lunchtime.

It is understood police found no signs of drugs at the address.

The death of Félicité — known as Fizzy — is being treated as ‘unexplained’ at this stage.

A full post-mortem examination will take place and toxicology tests will be carried out. 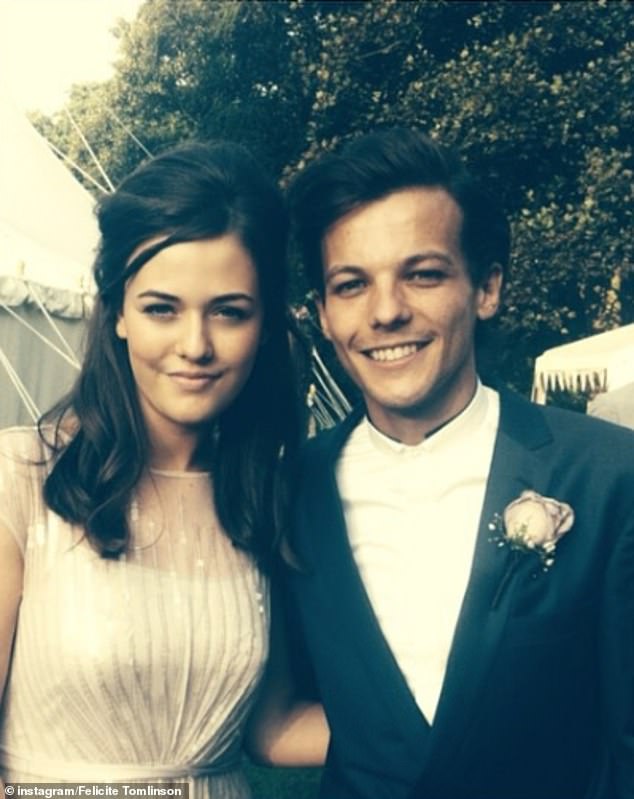 Felicite Tomlison, pictured here at a wedding in a photo from her Instagram feed followed by 1.3 million people, has been found dead at her home 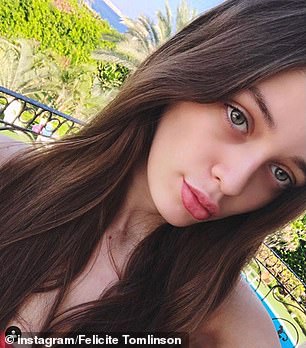 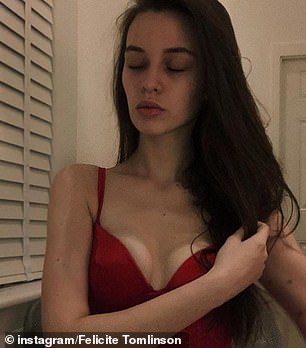 Her Instagram feed has more than 1.3m followers who enjoyed her posts about her lifestyle 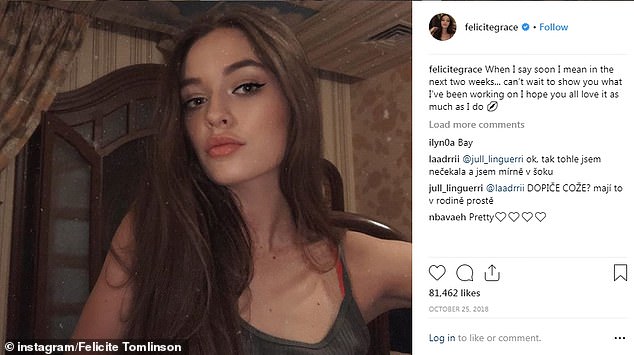 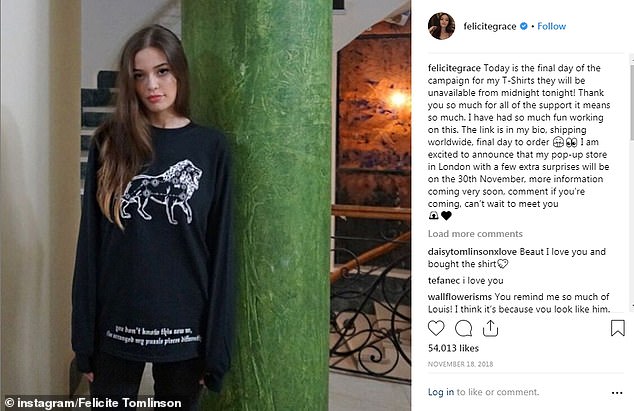 A person who was with the aspiring fashion designer and social media influencer called 999.

A Met Police spokesman said: ‘Police were called by the London Ambulance Service at 12.52pm to a residential address in SW5.’

The London Ambulance Service said: ‘We were called at 12.51pm.

‘We sent two ambulance crews, a single responder in a car and an advanced paramedic to the scene.

‘Sadly, despite efforts of our medics, a person died.’

Louis, 27, was working in London last night when police informed him of his sister’s death. Other family members, in Doncaster, have also been notified.

The X Factor judge was extremely close to his sister. They regularly saw each other in London.

Last night a family source told the paper : ‘Félicité was an absolutely adored young woman who was loved by Louis and her whole family.

‘They are all totally devastated, as you can imagine.

‘She had so many friends and was such a positive happy person. It’s a massive loss to the world.

‘She was a loveable, caring, bright, passionate, popular and beautiful young lady.’