Whether educating prime ministers or royalty, Eton has long had a reputation as a training ground for the powerful.

And a new study quantifying the school’s impact on British society has confirmed its influence in all spheres of public life.

Eton College, whose alumni include Boris Johnson, David Cameron and Prince William, is officially the top destination for producing men who go on to make a national impact.

The conclusion comes from analysis of over 66,000 entries in Who’s Who and Who Was Who by Keystone Tutors, which found 1,102 alumni in the current edition of Who’s Who and 5,238 historical listings.

Who’s Who is a directory of Britain’s top politicians, judges, business leaders, civil servants and notable figures from the arts, academia and other areas. 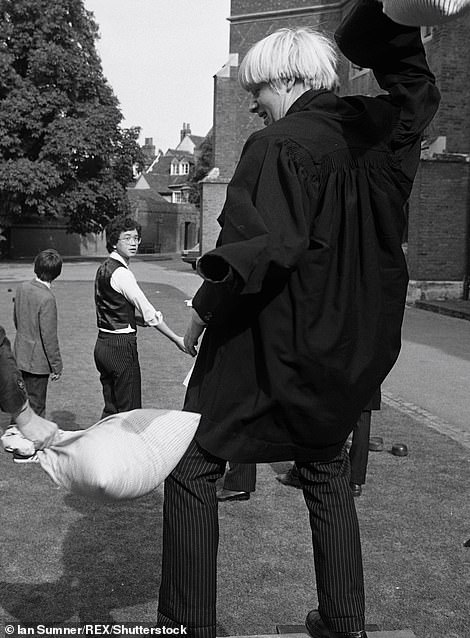 Boris Johnson is among 1,102 Eton alumni deemed influential enough to be listed in this year’s edition of the Who’s Who directory, meaning Eton has more than its competitors combined 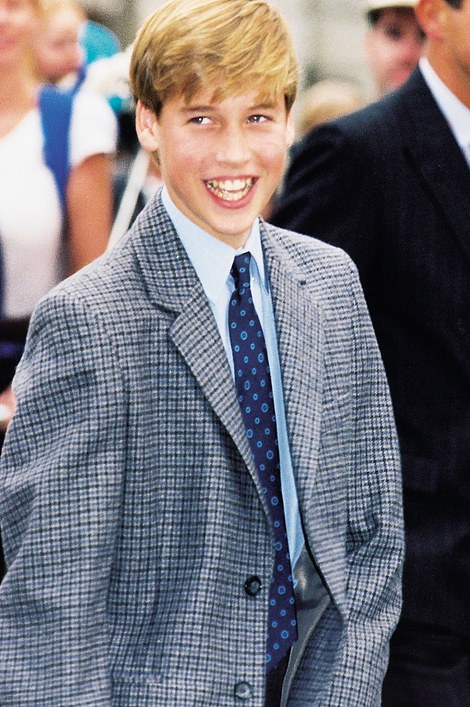 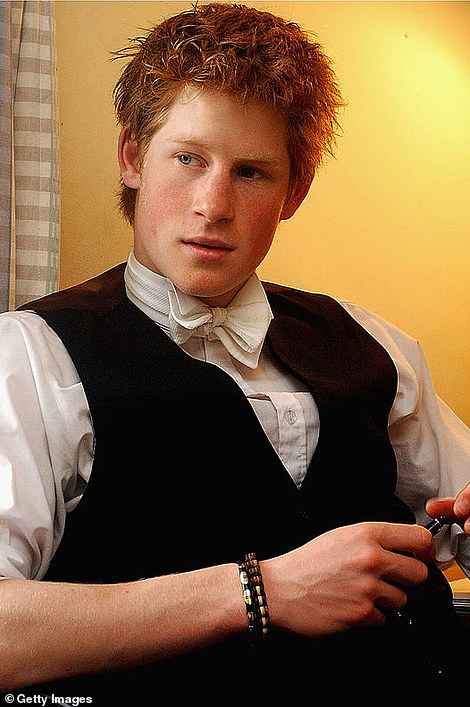 Eton College, whose alumni include Princes William (left on his first day in 1995) and Harry (right in his college room in 2003) , is officially the top destination for producing men who go on to make a national impact 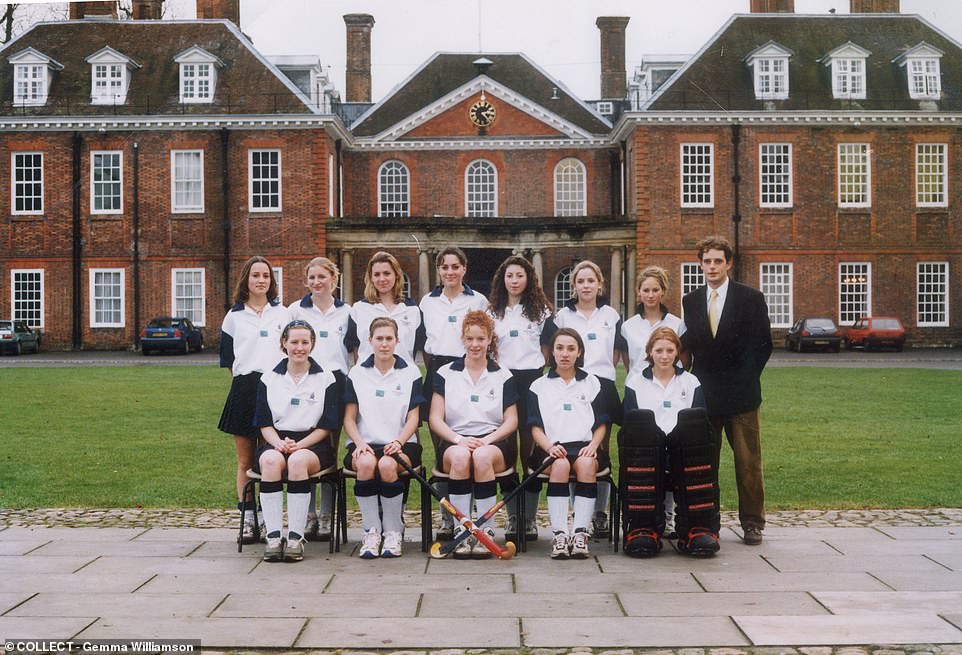 In recent years Marlborough College has gained a reputation as a stomping ground for young royals, with Kate, Duchess of Cambridge educated there (pictured, back row, fourth from left)

Alumni of the prestigious all-boys school, which dates back to the 1400s, include twenty British prime ministers including the incumbent Boris Johnson, David Cameron and the first, Sir Robert Walpole.

One of the few public schools older than Eton, Winchester’s long legacy of educating future leaders stretches back to the 1300s.

Harrow’s £41,775 annual fees make it the fourth most expensive school in Britain.

Situated just a stone’s throw from Parliament, many of the pupils to tread the grounds of Westminster School later walk in the corridors of power.

The first mixed school on the list, Marlborough educated 230 of those to make the Who’s Who list.

In recent years it has educated members of the royal family including Kate, Duchess of Cambridge and Princess Eugenie.

The WW1 poet Siegfried Sassoon is also a former pupil.

Rugby was initially established as a free grammar school in the 1500s but in the 19th Century was revamped and became one of Britain’s top public schools.

Although it is best known for breeding the sport Rugby, it also boasts a slate of notable former pupils such as Sir Salman Rushdie and Rupert Brooke.

The same independent schools have offered the most common path to power for over a century – but their grip on the governing class is slowly diminishing, researchers say.

The success of Old Etonians means there are more entries in this year’s edition than those of its competitors, Winchester, Harrow, Westminster and Marlborough, combined.

In total, Eton, which charges an annual fee of £42,000, has educated 20 former prime ministers with its nearest rival in this category – Harrow – educating just seven.

Winchester has 316 entries ahead of Harrow School (269), which is the alma mater of Sir Winston Churchill and Sherlock actor Benedict Cumberbatch.

Marlborough – whose most famous old girl is the Duchess of Cambridge – is the only co-educational school to make the top five.

Report author Will Orr-Ewing, Keystone’s founder, and an Old Harrovian, said that only one of the top ten independents – St Paul’s Boys’ – ranks as highly when it comes to A level league tables.

He said: ‘Our study suggests that academic excellence is not the primary driver in achieving great things beyond school and that a holistic, all-round education is just as important.

‘Powerful people want to pass power on to their kids and their vehicle of choice for doing so has traditionally been Eton, which keeps on renewing itself to stay relevant.’

Researchers noted that the top 10 schools listed seemed to ‘confirm a general national indictment that the most successful alumni happen to have attended schools almost entirely clustered around London’.

Commenting on the results, Barnaby Lenon, chair of the Independent Schools Council, said: ‘The other day I asked a very young Old Etonian MP whether he thought that his school played any part in his career choice.

‘Yes, he said – the pupils were competitive and felt pressure to do well.

‘Yes, while at the school he had had the opportunity to hear and speak to many politicians and this helped him develop an understanding of politics and a belief that he could become an MP.

‘So I certainly think that schools which provide their pupils with a wide range of experiences beyond the classroom are more likely to identify and nurture particular talents.

‘Pupils who achieve international recognition in sport would be one obvious group, as would top military figures, musicians, writers and actors.’ 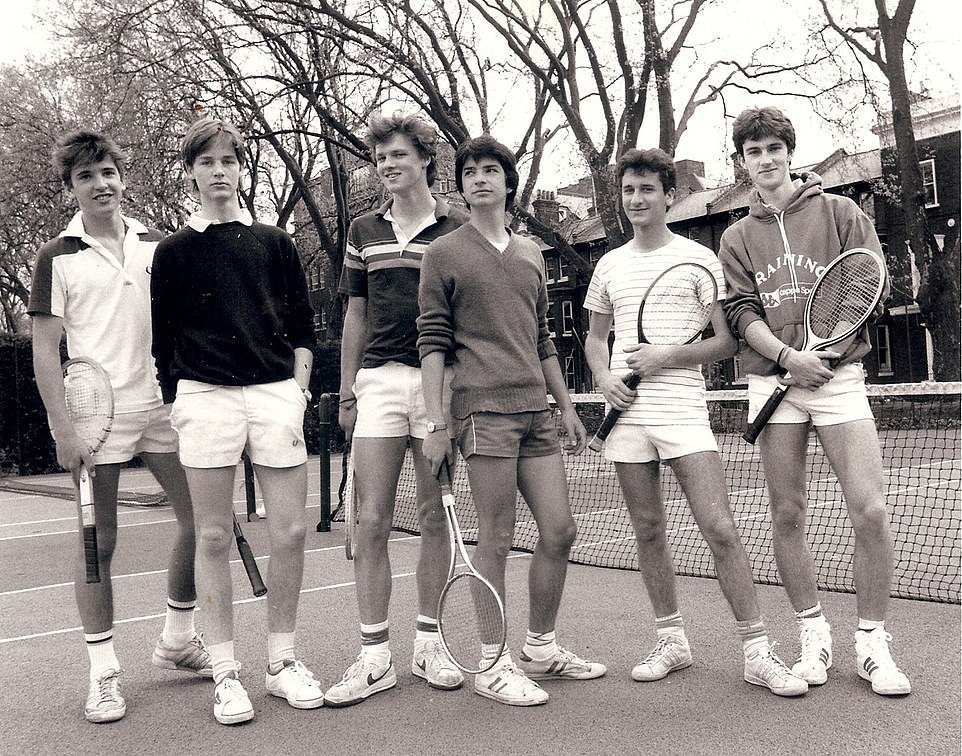 Situated just a stone’s throw from Parliament, many of the pupils to tread the grounds of Westminster School later walk in the corridors of power. It includes former deputy prime minister Sir Nick Clegg (second from left in 1984) was educated there

Actor Benedict Cumberbatch is pictured (front row, eight from left) at Harrow School where he was a pupil 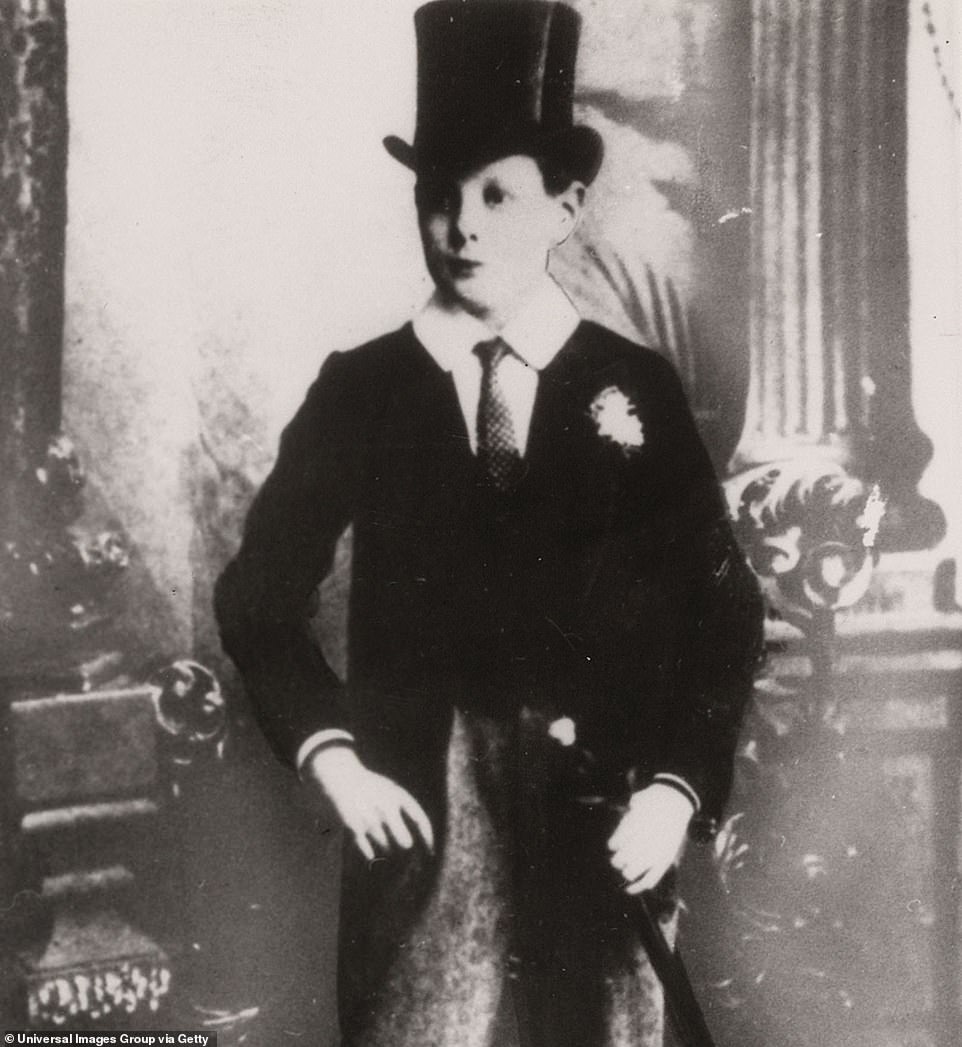 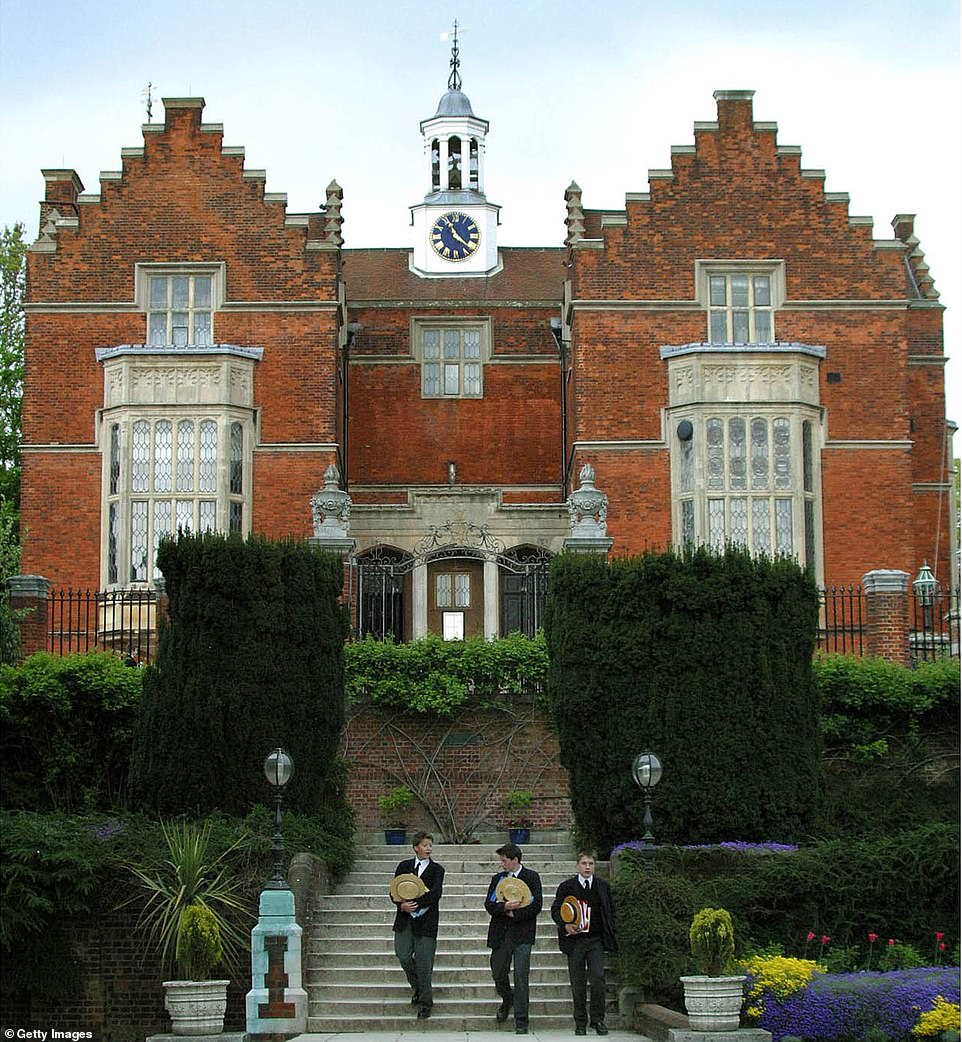 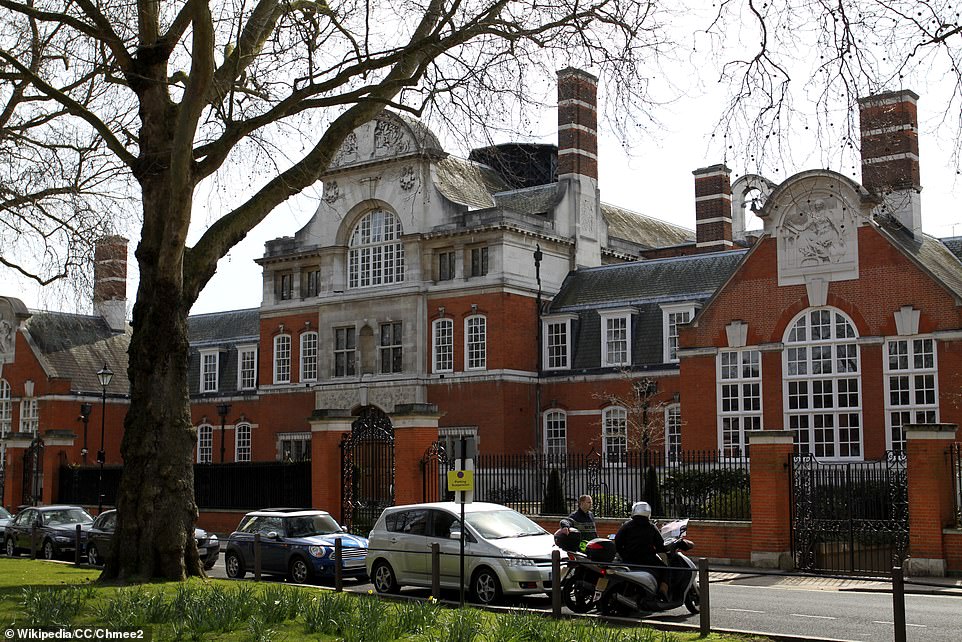 St Paul’s Girls School in Hammersmith, London, was ranked as the top girls’ school in the list 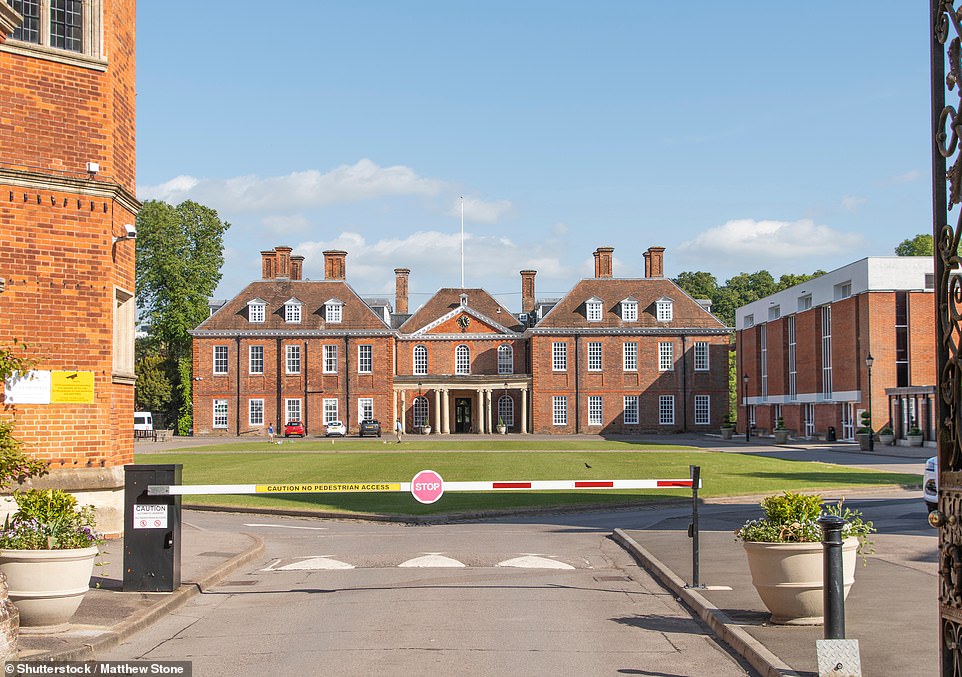 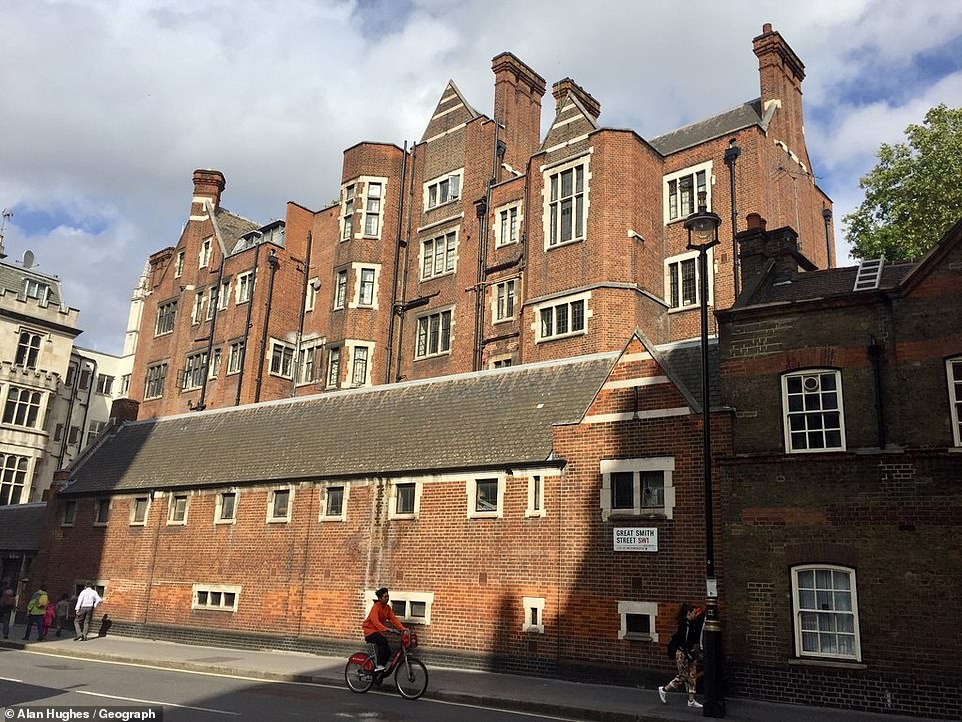 The report notes that although independent schools still dominate, the number of state schools included on the list is increasing and this year has risen by 18 per cent.

Ranked in 76th position, Reading is one of just six state schools to make it into the top 100 for listed alumni.

The report noted: ‘One perceptible difference between the Top 10 state and Top 10 independent schools in the UK is their geography.

‘Whilst almost all the independent entries were based in or around London, two of the Top 10 state schools were situated in Scotland.’

Will Orr-Ewing, founder of Keystone Tutors, said: ‘The analysis paints a fascinating portrait of the part UK schools play in producing the men and women who go on to make a national impact. 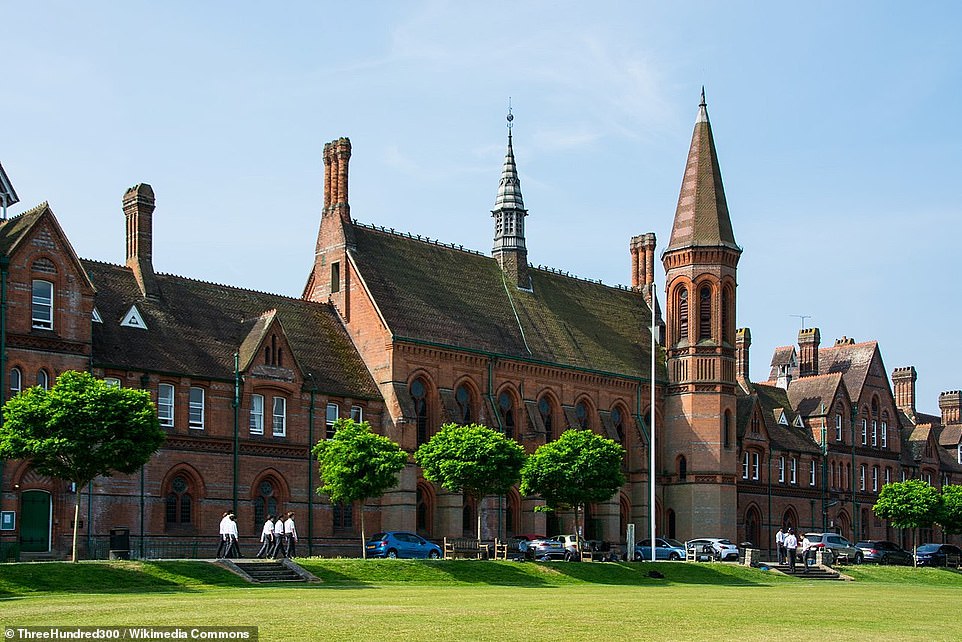 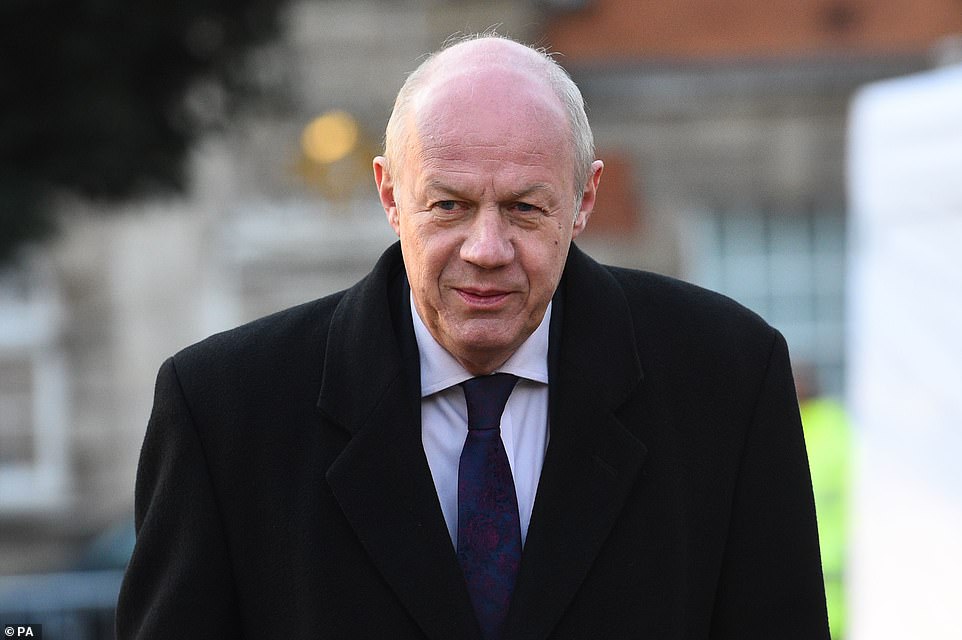 ‘The overrepresentation of boarding schools, and the staying power of some of these institutions, shows how skilful they are at renewing themselves in the face of perpetual change, and underline why they remain the schools of choice for ambitious families from around the world.’

Mr Orr-Ewing said it was striking that the top three – Eton, Winchester and Harrow – are in a small minority where all students board – and thereby benefit from extensive extra-curricular activities.

But he said that girls and state educated pupils are increasingly upwardly mobile while private school products are judged much more on merit.

He said: ‘There was a time when if you left a top private school you would be pretty much guaranteed a place at an elite university and an elite job.

‘Now, absolutely rightly, the bar is much higher for people who have had a very privileged education.

‘Oxbridge colleges and FTSE 100 companies and others who have a social mobility agenda love to look beyond an Old Etonian if they possibly can.

‘There is a time lag but I can see three or four top state schools breaking into the elite group, reflecting a changing culture in Britain, in 30 to 40 years time.’

The report also looked at episodes of Desert Island Discs, again finding that Old Etonians were the most well-represented group to be invited onto the show.