One in ten patients will opt out of Government’s plan to make everyone an organ donor by 2020, research suggests.

Scientists at the University of Stirling quizzed hundreds of participants over their intentions on Theresa May’s radical plan.

They found 9.4 per cent plan to opt-out – meaning their organs can’t be donated after their death, or are unsure of what they will do.

Mrs May announced the plans – which presumes organ donation consent unless a person chooses to opt-out – this summer.

Would you? A tenth of survey responds say they’re unlikely to donate their organs – despite a huge intervention from the government which will come into effect within two years

Under the proposed opt-out system in England, family members are still given a final opportunity to not go ahead with the organ donation.

The new poll, led by PhD student Jordan Miller and published in the British Journal of Health Psychology, sheds light on the thoughts of the public over the move.

‘We found that participants who plan to opt-out of the proposed system reported heightened emotional barriers towards organ donation,’ Ms Miller said.

‘Concerns that organ donation would violate the physical integrity of the body was a particularly important barrier in this group.

‘Our study considered a myth-busting strategy currently employed by the NHS – and used by other healthcare providers worldwide – where myths and misconceptions about organ donation are corrected with factual information. 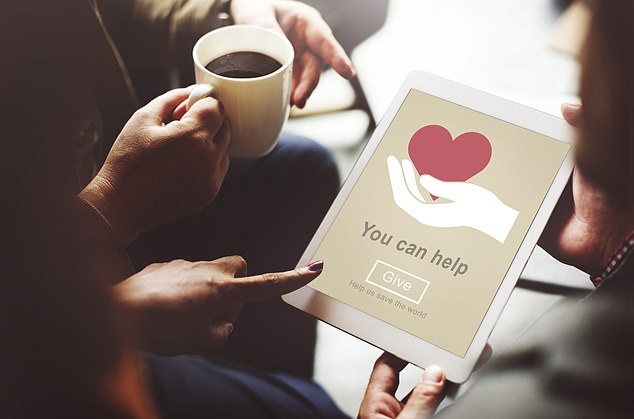 Risk: A shortage of organs means that three people die every day while awaiting a transplant

DOES THE SYSTEM WORK?

After the decision was made in Wales two years ago, figures showed an immediate rise in the availability of organs.

Between December 2015 and June the following year, half of the transplants in Wales came from patients whose consent had been deemed.

But critics hit back and warned that there is a lack of proof that an opt-out system actually helps to increase the number of donor organs.

Spanish officials implemented the system in 1979 and saw rates of donor organs increase after 10 years, the BBC reports.

But Sweden, which adopted a similar scheme 20 years ago, still has one of the smallest stocks of donor organs in Europe.

‘We found that this approach had no effect on increasing donor intentions in those planning to opt-out.’

The latest figures indicate that there are more than 6,000 people in the UK currently on the waiting list for an organ transplant.

However, a shortage of organs means that three people die every day while awaiting a transplant.

Although 90 per cent of the UK population support organ donation, just 38 per cent have signed up to the organ donor register.

In an attempt to address this, Governments in Scotland and England are planning to follow Wales and introduce opt-out donor consent.

Prior to the Stirling study, there had been limited research into the public attitudes and intentions regarding the proposed opt-out consent laws.

Ms Miller said the research suggested that organ donation campaigns could be more effective if they focus on feelings, rather than facts.

‘However, our research has shown that presenting factual corrective information had no effect on donor intentions for those who plan to opt-out.

‘Therefore, interventions designed to target feelings and emotions may be more effective at increasing donor intentions.’

She added: ‘Before the introduction of opt-out consent laws, evaluation of alternative strategies to increase donor intentions are required.’ 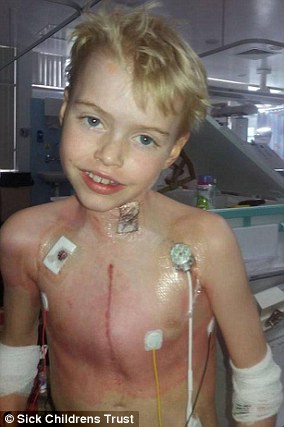 The ten-year-old waited nine months for a new heart until he finally got one in August. He was suffering from dilated cardiomyopathy, meaning he had to be kept alive by medical machinery.

His mother, Emma Johnson, has campaigned for an opt-out system to help other children. Following surgery that left a six-inch scar on his chest, Max is on the way to recovery. In a video message for MPs, he said: ‘Please change the law… it will save lives like mine.’

Max’s story is said to have inspired more than 1,000 people to sign up to the NHS Organ Donation Register. His new heart was donated by car crash victim Keira Bell, nine, who also donated her kidneys and pancreas.