There is a one-in-three chance of a ‘significant correction’ in London’s housing market by the end of 2019, a poll of experts suggest.

Property prices in London are on course to fall this year and next, and will plummet if Britain ends up with a no-deal Brexit, the housing experts also claim.

With foreign investors shunning the capital, house prices in London will fall by 1.6 per cent this year and 0.1 per cent next year, a 30-strong group of experts told Reuters.

Odds: There is a one-in-three chance of a ‘significant correction’ in London’s housing market by the end of 2019, experts told Reuters

When asked about the likelihood of a significant correction in London’s housing market before the end of 2019 the specialists gave a relatively high median of 29 percent. The highest was 75 percent, Reuters said.

In terms of the potential impact of a ‘disorderly’ Brexit on house prices in London, responses from the experts varied, with some saying there may only be a ‘short-term fall’ in prices, while others suggested the knock-on effects could be ‘damaging’ or a ‘disaster.’

Tony Williams, of property consultancy firm Building Value, said: ‘Central London is tanking because the traditional international buyers are staying away – and the quantum of buyers is falling.

‘A disorderly Brexit will exacerbate this trend.’

Continuing with the theme of the Brexit debacle, Ray Boulger, a mortgage broker at John Charcol, said: ‘In the short term the additional uncertainty will disproportionately affect London, causing the value of some properties, particularly high value properties, to fall further.’

Andrew Brigden, of Fathom Consulting, said: ‘Were interest rates to return to pre-crisis levels or higher, which may prove necessary if there were a sharp fall in sterling after a General Election, for example, then house prices could fall by around 40 percent.’ 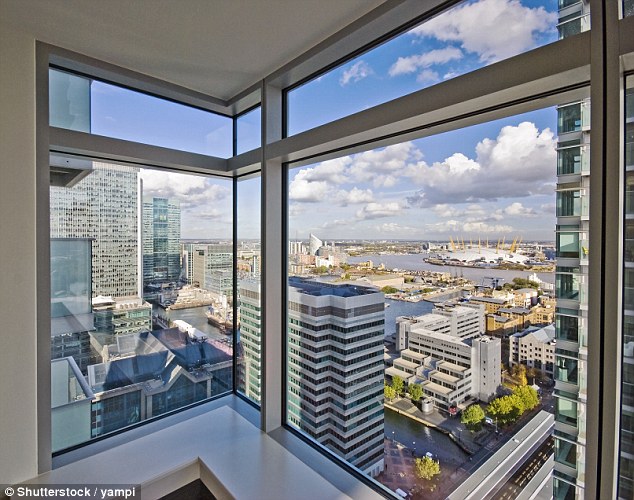 Falling: Property prices in London are on course to fall this year and next year, the poll said

Earlier this week, the pound fell to a near one year low against the euro but is currently up 0.24 per cent to around €1.10.

While a weaker pound makes London’s property market a more appealing prospect to foreign buyers, uncertainty is currently keeping them away, the poll findings suggest.

When asked to rate the level of London house prices on a scale of one to ten, where one is ‘extremely cheap’ and ten ‘extremely expensive’, the median response in the poll was nine. Nationally they were rated seven.

In a further sign of the times for London’s property market, remortgaging activity in the capital surged to a nine-year high in the second quarter of this year, as buyer activity and house prices continued to fall, figures from UK Finance this month showed.

With homeowners rushing to remortgage before this month’s interest rate increase, the £4.8billion worth of remortgaging in the second quarter was 23.2 per cent higher than a year ago.

‘After decades of boom, the lack of home-buyer activity and month-on-month decline of house prices in London marks uncharted waters for the capital’s property market’, Shaun Church, director of Private Finance said. 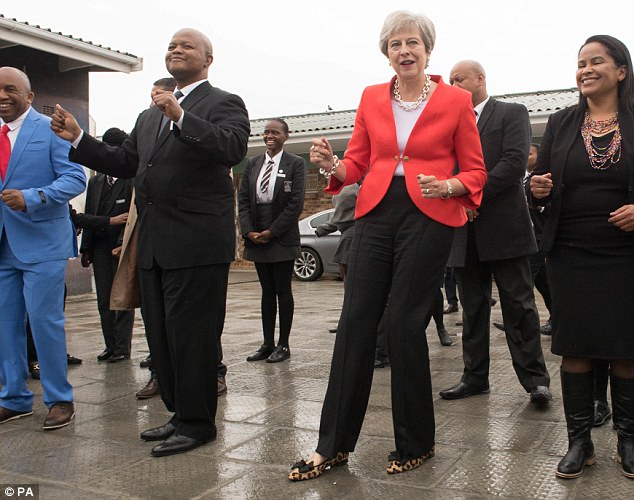 No worries: Prime Minister Theresa May dancing with students and staff at I.D. Mkize Secondary School in Cape Town this week 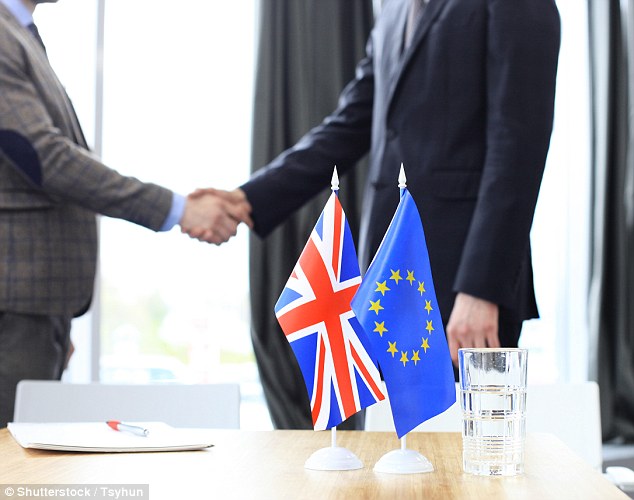 No deal? Fears of a no-deal Brexit are putting off foreign buyers in London

Earlier this month data from the Office for National Statistics revealed that the average cost of a home in London stood at £477,000 in June.

But, the ONS also said that the capital’s property prices had fallen by 0.7 per cent in the last year.

Across the country, average house prices increased by 3 per cent in the year to June, down from 3.5 per cent in May.

On 2 August, the Bank of England’s Monetary Policy Committee, headed up by Mark Carney, rose interest rates from 0.25 per cent to 0.75 per cent.

Since then, a string of banks and building societies have announced they are increasing their mortgage rates for those on certain variable deals.

With mortgage rates staying low house prices are expected to increase nationally by 2 per cent this year and next, and then 2.3 per cent in 2020.

A separate Reuters poll suggests the Bank will raise interest rates to 1 per cent in the second quarter of next year.