One person is shot and others are injured as armed gang attack set where French rapper Booba was recording new video, days after his €2m cage fight with rival was cancelled

Shots were fired and several people injured overnight as gangs armed with guns and baseball bats stormed the set of a music video by controversial French rapper Booba.

The 42-year-old musician, who is one of France’s biggest rap stars, has been locked in a high-profile feud with fellow rapper Kaaris which exploded into violence at a Paris airport last year, landing them both in jail for a month.

The two had been set for a money-spinning cage fight in Switzerland in November but Swiss authorities cancelled it last week.

Around 15 people were involved in the overnight attack which took place around midnight in Paris suburb of Aulnay-sous-Bois, police sources said. 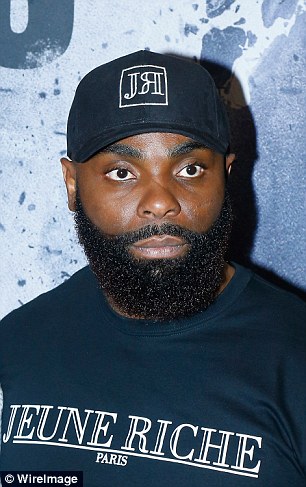 Booba (pictured left) who is one of France’s biggest rap stars, has been locked in a high-profile feud with fellow rapper Kaaris (pictured right) 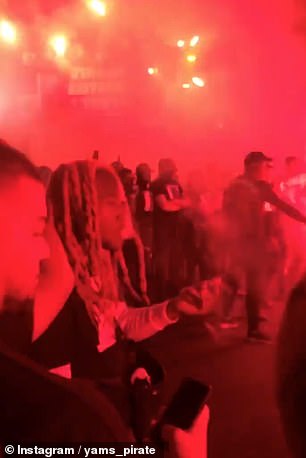 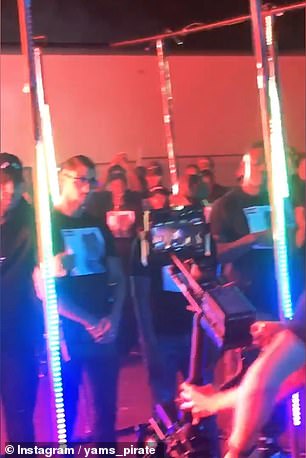 One of the injured sustained a bullet wound to the thigh but his injuries were not thought to be life-threatening.

Booba was not there at the time, but later posted a picture of himself listening with mock horror to a TV broadcast about the attack.

Appearing to refer to his rival, he remarked: ‘It’s funny, all this’.

The ambush reportedly took place at a disused warehouse where the music video was being made, with the attackers pulling up to the site in cars and firing four shots towards Booba’s crew as they put away equipment.

They then began attacking the rest of the crew with iron bars and baseball bats, with the video’s producer sustaining serious head injuries and another technician also badly hurt, BFMTV said.

It said the man who sustained a gunshot wound to the leg was Booba’s 36-year-old marketing and sponsorship manager.

Police found four 9mm shell casings and two cartridges at the scene and have opened an inquiry, the channel said. 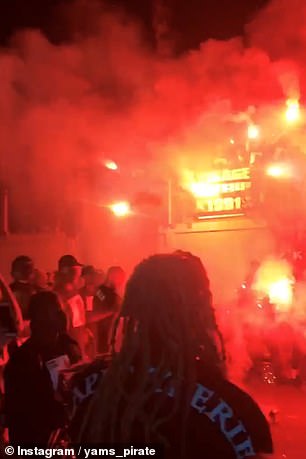 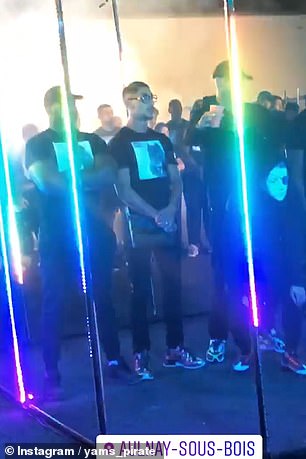 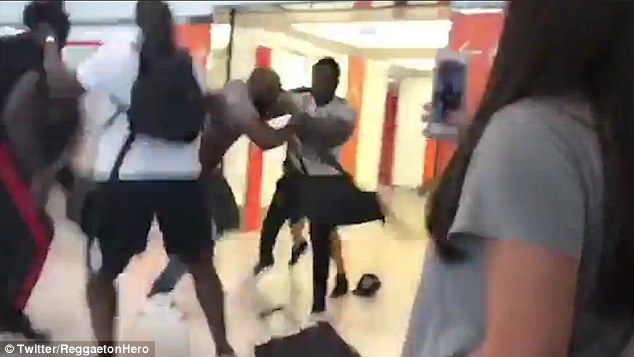 It was not immediately clear who was behind the attack but it led to speculation it was linked to the ongoing feud between the two rappers which has made headlines in France and beyond.

Their August 2018 brawl at Orly airport erupted as the men and their entourages were about to fly to Barcelona for a concert, prompting officials to temporarily shut down part of the terminal, delaying flights.

Elie Yaffa – who uses the stage name Booba – and Okou Armand Gnakouri – who calls himself Kaaris – ended up behind bars after the violent clash.

A month in solitary and heavy fines did little to cool their animosity, however, with the two pledging to settle their differences through a two-million-euro cage fight in Switzerland in November.

The pair had been drumming up expectations for the MMA fight in the Swiss city of Basel, goading each other relentlessly.

They chose Switzerland for their fight because the ultra-violent sport of MMA – or mixed martial arts – is banned in France.

The winner would have walked away with 1.5 million euros ($1.7 million), while the loser would get just half a million.

But last week, Swiss authorities cancelled the fight, saying they had been misled about the nature of the event, ahead of which the pair had exchanged very public threats.

Ivory Coast-born Kaaris, 39, had promised he would drink his rival’s blood, to which Booba replied. ‘I will beat you to death, you son of a bitch.’

Booba had previously fallen out with Kaaris after he failed to back him in a dispute with fellow French artist Rohff.