One prisoner in 50 ‘identifies as the opposite sex’

One prisoner in 50 ‘identifies as the opposite sex’: Shock survey suggests there are 1,400 transgender inmates as jail chiefs set up special wings to house them

By Martin Beckford Home Affairs Editor For The Mail On Sunday

Almost one in 50 prisoners is transgender, according to a survey of inmates conducted by the official jail watchdog.

Inmates at notorious top security male prisons such as Belmarsh, Long Lartin and Wakefield said they identified as female or ‘non-binary’.

Transgender prisoners are allowed to choose whether they are kept in a male or female jail and can receive other perks, including showering alone. Critics fear that some inmates are falsely claiming to be transgender to win privileges.

The survey numbers are far higher than those published by the Government. Ministry of Justice statistics published last year found only 139 prisoners said they were transgender. 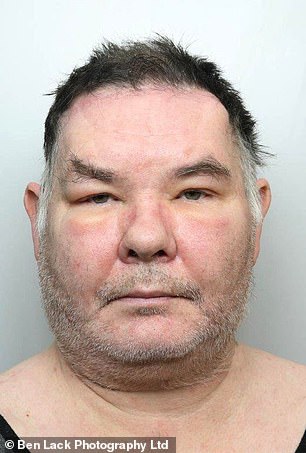 Karen White was born Stephen Wood, and had previously been jailed for rape but was transferred to New Hall women’s prison in West Yorkshire last year after changing his name and starting to wear wigs and women’s clothing

But extrapolated across the entire prison population, the new survey figures would suggest there are more than 1,400 transgender inmates.

It can also be revealed that special wings for transgender prisoners have been set up across the UK, while Ministers are still considering whether or not to make it official policy.

The MoJ is urgently rewriting the rulebook on how transgender prisoners should be treated as their numbers surge.

Convicted as a man, jailed with women

Karen White was born Stephen Wood, and had previously been jailed for rape but was transferred to New Hall women’s prison in West Yorkshire last year after changing his name and starting to wear wigs and women’s clothing.

While there on remand for a stabbing, White sexually assaulted two female inmates.

She was jailed for at least eight years after a judge branded her a highly manipulative predator.

It is under pressure to stop transgender criminals being able to move to female jails after the scandal last year when rapist Karen White – born a man, Stephen Wood – sexually assaulted two women behind bars.

A year ago, HM Inspectorate of Prisons quietly inserted questions about gender identity into the surveys it gives to inmates when it goes into jails in England and Wales.

For the first time, the questionnaire now asks all adults behind bars: ‘What is your gender?’ It gives the options ‘male’, ‘female’, ‘non-binary’ – those who do not identify as either male or female – and ‘other’.

It also includes the question: ‘Do you identify as transgender or transsexual?’

Within the entire 82,567 prison population, HMIP figures would suggest there are as many as 1,461 transgender inmates. Internal MoJ documents seen by this newspaper admit the number of transgender prisoners may have been ‘under-estimated’. Last night, the MoJ said: ‘We do not recognise these survey figures, which use a less robust methodology than our statistics.’

Convicted as a woman, jailed with men 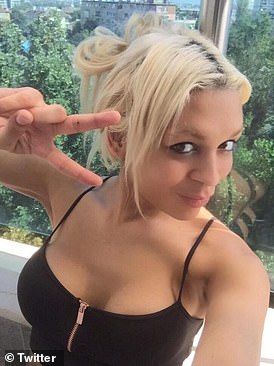 Tara Hudson has lived as a woman all her adult life

Tara Hudson has lived as a woman all her adult life but was sent to a male prison after she admitted head-butting a barman.

While in HMP Bristol, she claims she was kept in her cell ‘like a zoo animal’ while other inmates were allowed to go to the gym or take courses.

During the week-long ordeal, Hudson, above, said she was groped and also abused by baying male prisoners. After an outcry, she was moved to Eastwood Park women’s jail in Gloucestershire.

Ministers and civil servants are looking at setting up separate units for transgender prisoners instead of the controversial rule that allows them to choose whether they are sent to a male or female jail. But this newspaper has established that four such ‘clusters’ are already in operation in male sex offender jails – Whatton in Nottinghamshire, Littlehey in Cambridgeshire, Isle of Wight and the privately-run HMP Parc in Bridgend, South Wales.

An insider said: ‘The term “informal clusters” refers to a wing where more than one transgender offender resides. There will be other residents who aren’t transgender on this wing.’

It is thought that as well as allowing transgender prisoners to spend more time in each other’s company, the measure also makes it easier for staff to let them shower or wash clothes away from other inmates.

Sources say that five transgender inmates who had been in female jails have been moved back to male prisons in the wake of the White case.

A Whitehall source said: ‘We are reviewing our policy so that it strikes the right balance between protecting transgender prisoners and their rights, and the safety and wellbeing of all prisoners, including some extremely vulnerable women.’

Victims rights campaigner Harry Fletcher said: ‘It is a real issue that significant numbers of sex offenders are identifying as female. The purpose could be to continue abusing vulnerable women. It is imperative they are properly risk-assessed before any transfer.’