One worker has died and five were injured after a partial building collapse in the Bronx, New York

One worker has died and at least five people are hurt after a two-story building under construction collapsed in the Bronx.

New York Fire Department responded to the incident on 208th Street in Norwood, just after noon on Tuesday, to rescue trapped workers.

Some had become stuck in a pile of rubble and steel after the second floor is believed to have collapsed onto the first floor.

It is not clear what caused the building to collapse and no further information about the male worker who died has been revealed.

Five others were injured, two with serious injuries and a further three with minor ones.

Police gathered around at the scene on 208th street in Norwoord, the Bronx. They were required to use a ladder to reach trapped people in the building 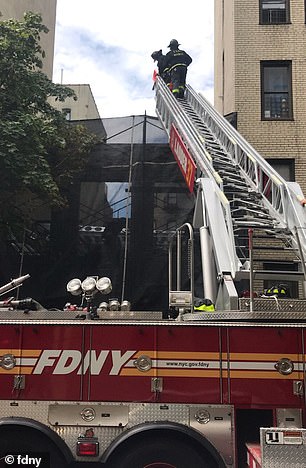 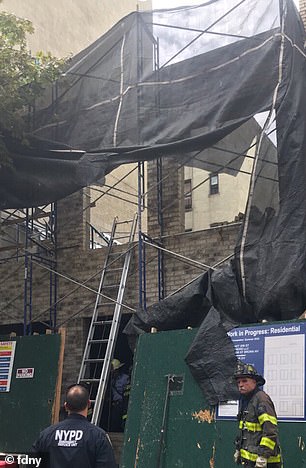 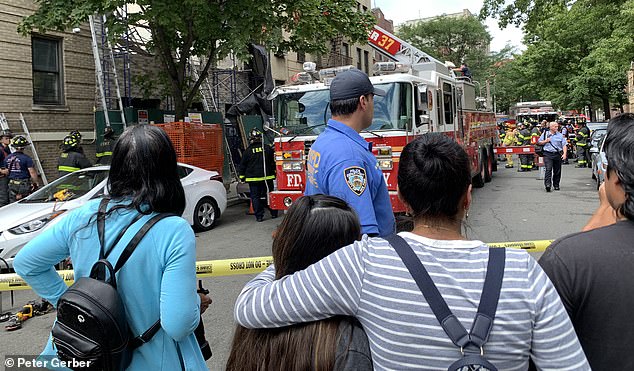 Onlookers embraced as they watched scenes unfold in Norwood, the Bronx, after the fire department was called at around noon on Tuesday

A statement from John Esposito, Chief of Special Operations, was posted by New York Fire Department.

He said: ‘The Firefighters had to put up ladders to access the second floor.

‘There was a lot of rubble and broken concrete blocks, a lot of building material that covered the area and we had to dig through it to find the missing worker.’

More than 100 firefighters were dispatched to the scene, CBS New York reported.

The collapsed was deemed under control as of 1.20pm and was previously a six-story building according to the New York Post.

Esposito added: ‘We had serious concerns for our members on scene. We were concerned about the second floor collapsing into the first floor during our operation.

‘We were able to build shores and put struts in there to support that load to make it safe for the rescue efforts.’

In footage from the scene, the fire department could be seen trying to rescue one worker as they removed large metal bars and debris. 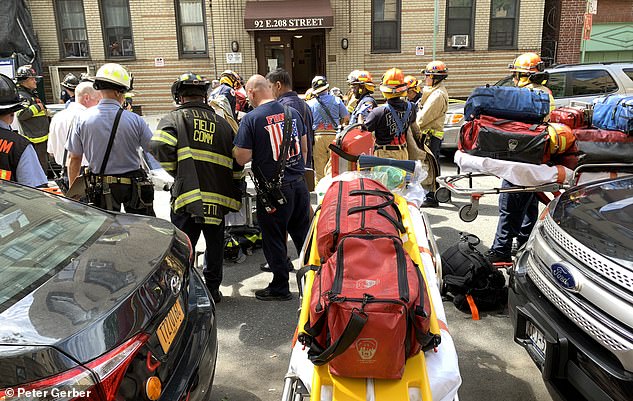 One male work has died, two have serious injuries and three others have minor injuries 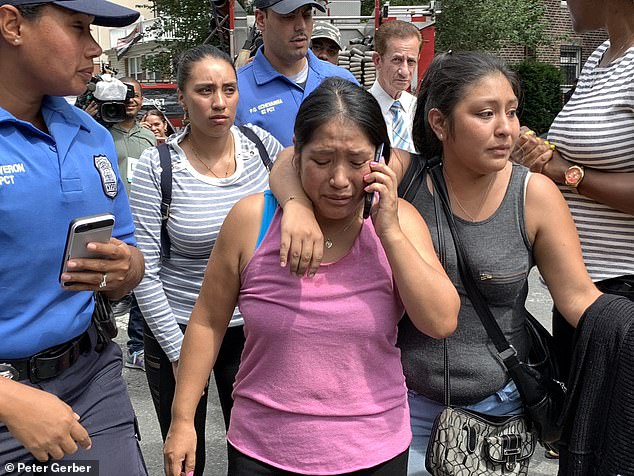 Crowds could be seen gathered around the cordoned off area, one spectator cried as she spoke on the phone and others embraced watching events unfold.

Charles Perkins, 59, who works with the Board of Elections told the Post: ‘I heard a boom but I didn’t think anything of it because this is the second time I heard a boom from that building.

One man on the scene could be seen with an injury to the left side of his head that was covered by a bandage.

All workers on site have been accounted for Citizen reported.

Investigators for the city’s Department of Buildings were on route to the scene to conduct and investigation.

Mayor Bill de Blasio tweeted about the incident and confirmed that ‘tragically, one worker lost their life.’

He added: ‘Please keep the area clear as @FDNY is finishing it’s operation. @NYC_Buildings will conduct a full investigation.’ 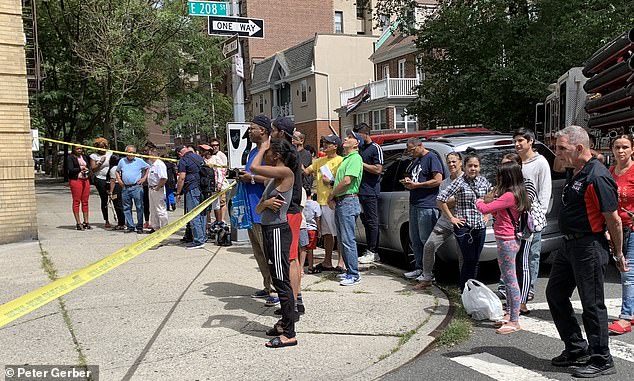 Crowds (above) gathered and watched the scenes on 208th Street in Norwood, New York 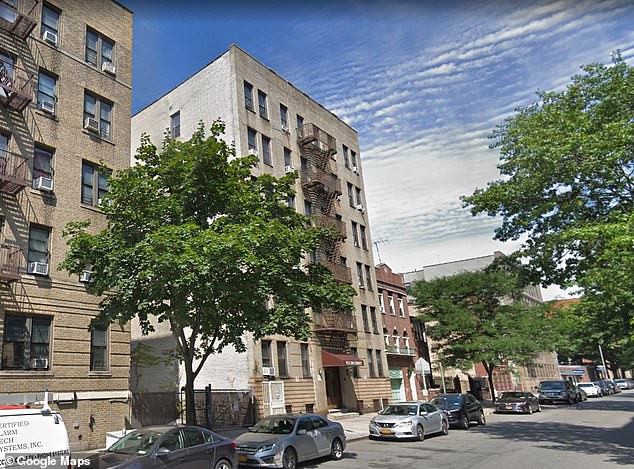 The building on 208th Street in Norwood, the Bronx, New York, where the incident happened and fire department responded shortly after noon