The drill rappers from Mt Druitt in western Sydney were due to perform at 170 Russell in Melbourne on Sunday night.

The ‘devastated’ group claimed the show was stopped from going ahead due to pressure from the New South Wales Police.

OneFour, from Sydney’s Mount Druitt, claim that New South Wales Police had a hand in stopping their Melbourne show on Sunday and their Adelaide show on Wednesday ‘OneFour management were informed shortly before the band’s Melbourne show that despite there being no previous incident at a band concert, it would not proceed,’ the group said in a statement to the Herald Sun.

‘Management believe this was at the request of NSW Police.’

OneFour is due to play a show in Adelaide on Wednesday night but they fear it will be cancelled as well.

The group said fan safety is of ‘paramount importance’ to them.

‘That should not extend to police adopting a singularly youth-focused, fear-based censorship strategy. This sets a dangerous precedent in police ultimately determining which artists can and can’t play at music venues in Australia,’ they said.

In response to the allegations, New South Wales Police said the decision to cancel a show ultimately lies with the venue.

‘With any major event, NSW Police Force works closely with venues and event organisers to ensure the safety and security of attendees, the wider community, and police,’ a spokesperson told Daily Mail Australia. 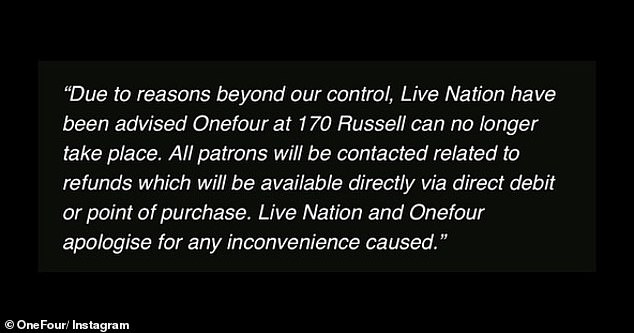 ‘As the decision to cancel an event lies with the venue, we would suggest you direct any further inquiries to them.’

The group shares its name with a Mount Druitt youth gang but they say they are not members themselves, and say the name comes from the year they were established.

‘All characters in this music video are entirely fictional and are used for entertainment purposes only,’ a disclaimer on a YouTube clip states.

‘The lyrical content should not be taken literally. The events that occur are purely symbolic – both artist and makers do not condone violence.’

OneFour has developed a cult following online, with singles Shanks and Shivs, The Message and Spot the Difference racking up millions of views on YouTube.

But they say pending court cases have prevented them from touring, causing them to rely on social media to release their music videos. 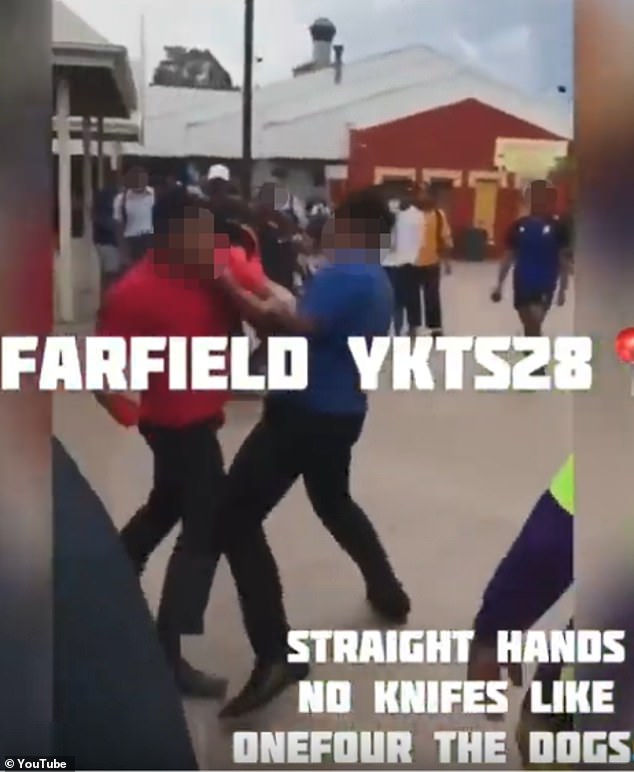 NSW Police Strike Force Imbara was set up earlier this year in an attempt to prevent gang violence between groups in Sydney’s west.

‘This is designed to stop the problem before it becomes a serious problem,’ one officer told The Daily Telegraph.

‘They are very much into the rap culture talking about [rival US gangs] The Crips and Bloods and other violent groups.’

The operation was introduced following a series of violence incidents throughout the city.

One incident is footage showing a brawl between two rival gangs.

One video shows youths connected to the 21 District gang as they launch an assault on another group outside Fairfield train station.

The shocking footage posted to YouTube earlier this month was captioned ‘straight hands — no knifes like OneFour the dogs’, a reference to a rival Mount Druitt gang. 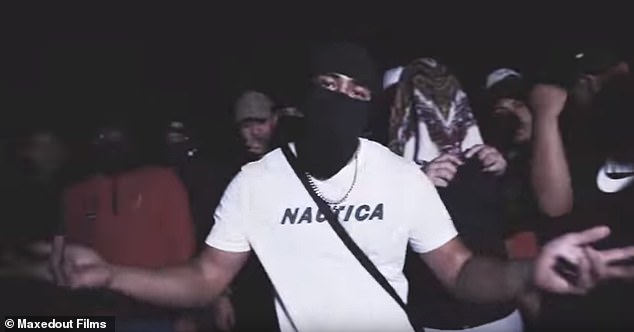 OneFour has developed a cult following online, with singles Shanks and Shivs, The Message and Spot the Difference racking up millions of views on YouTube