British fast-fashion website Missguided has fallen into administration putting 330 jobs at risk after failing to agree on a rescue deal.

The struggling firm, which once advertised a £1 bikini, received a winding-up petition by some of its suppliers, who are still due payments worth millions of pounds.

The online retailer had been in talks with Boohoo, JD Sports and Asos but none of them finalised a takeover.

It became wildly popular after advertising its range on celebrity dating show Love Island, and thrived during the pandemic before its sales were hit by the reopening of physical stores and the cost of living crisis.

The struggling firm, which once advertised a £1 bikini, received a winding-up petition by some of its suppliers, who are still due payments worth millions of pounds

Missguided appeared to still be accepting orders today but it wasn’t clear if its distribution partner GXO will take them on.

Administrator Teneo confirmed that Missguided would continue to trade whilst a buyer was sought.

Teneo’s Gavin Maher said: ‘As we continue to see, the retail trading environment in the UK remains extremely challenging.

‘The joint administrators will now seek to conclude a sale of the business and assets, for which there continues to be a high level of interest from a number of strategic buyers.’

Last week police were reportedly called to its head office in Manchester after suppliers accused the firm of leaving them millions of pounds out of pocket.

Boohoo has been highly acquisitive in recent years and in 2019 the retailer bought Karen Millen, which counts Helena Christensen among its models.

Missguided was founded by Nitin Passi, who set up the firm 12 years ago with a £50,000 loan from his father.

Mr Passi is a fitness fanatic who owns a pink Lamborghini.

Missguided was rescued last autumn by the finance firm Alteri Investors and in recent weeks the company has been trying to secure a sale of the retailer.

The Manchester based company made headlines with its £1 bikini three years ago and has grown rapidly to become one of the UK’s largest retailers. 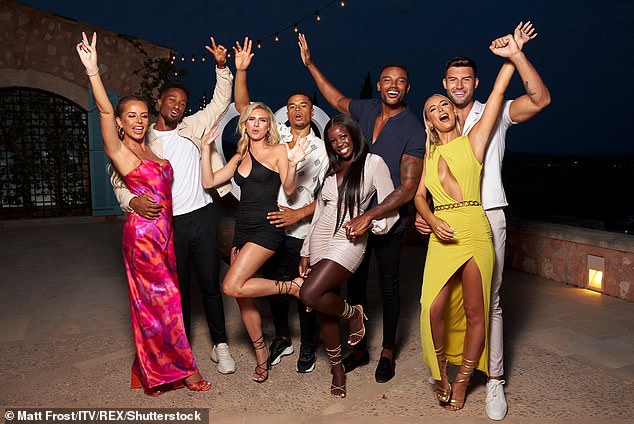 It became wildly popular after advertising its range on celebrity dating show Love Island (pictured – the 2021 finalists), and thrived during the pandemic before its sales were hit by the reopening of physical stores

It was one of the first to capitalise on celebrity endorsements over social media to promote its clothes.

The sale of Missguided follows weekend reports that retailer Ted Baker is in exclusive talks with Reebok owner Authentic Brands over a sale.

‘We have seen many traditional high street retailers struggling for a number of years, with the pandemic accelerating a move towards online retail, which saw an understandable boom,’ Tom Pringle, restructuring partner at law firm Gowling WLG, said.

‘However, with pandemic restrictions over and in person shopping returning, online retailers are far from immune to the supply chain, inflationary and staffing issues that are plaguing the wider UK economy as a result of Brexit, Covid and the cost of living crisis,’ he added.

By Lizzie May for MailOnline

Fast fashion brands have been in the spotlight for many controversies since the Covid-19 pandemic, and have also faced profit slumps.

Boohoo, a rival of Missguided, saw their shares plunge by £1.3billion in July 2020 after Priti Patel asked the National Crime Agency to investigate the fast fashion chain over claims they were using an alleged £3.50-an-hour sweatshop in Leicester to product cheap clothing during the pandemic.

The Home Secretary stepped in to probe the issues amid claims the factories were operating without social distancing measures in place with workers not all wearing masks.

Ms Patel called the allegations ‘truly appalling’ and vowed to clamp down on modern slavery in Britain.

A study found that fast fashion is harming the planet, and British shoppers were at the forefront of the waste with more garments bought per person per year in the UK than anywhere else in Europe.