An Only Fools and Horses fan has spent £4,000 converting his narrowboat into Del Boy’s iconic Reliant Regal van from the hit sitcom.

Retired engineer Tony Vaughan, 61, attached the shell of a Reliant Regal which he bought for £200, to the front and back of the 53-foot boat.

The work saw him attach ‘DELL BOY’ licence plates and car parts to the boat. 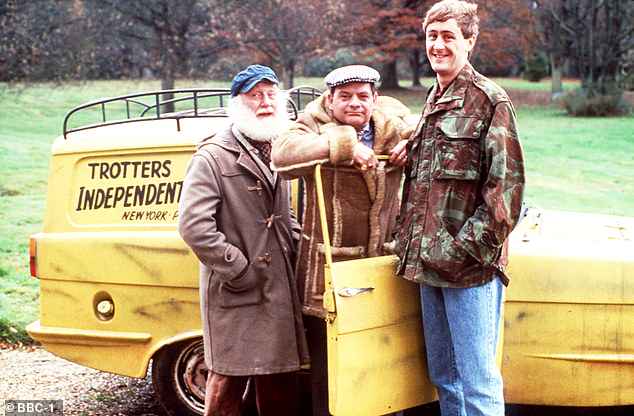 Del Boy (centre) with his Reliant Regal van and fellow characters from Only Fools and Horses, uncle Albert (left) and Rodney 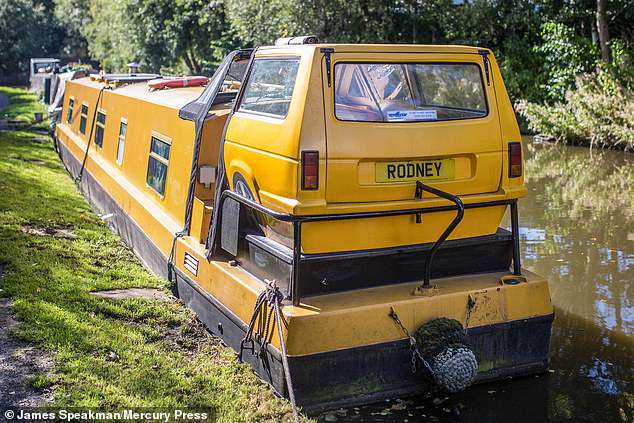 Tony, 61,  bought the canary yellow vehicle shell for £200 and spent six hours a day for a month converting the boat

He was inspired to convert his boat after having a conversation at a pub with his friend and drinking four pints of Guinness.

Tony from Stockport, Greater Manchester, said: ‘Making this Only Fools and Horses boat has been a laugh for me, I’ve absolutely loved it.

‘People’s reactions bring a smile to the face, and people are always stopping by to take pictures.

‘I love seeing the smiles on people’s faces when they see my boat come through.

‘The show just makes me laugh. If somebody doesn’t laugh at Only Fools and Horses there’s something seriously wrong with them.’ 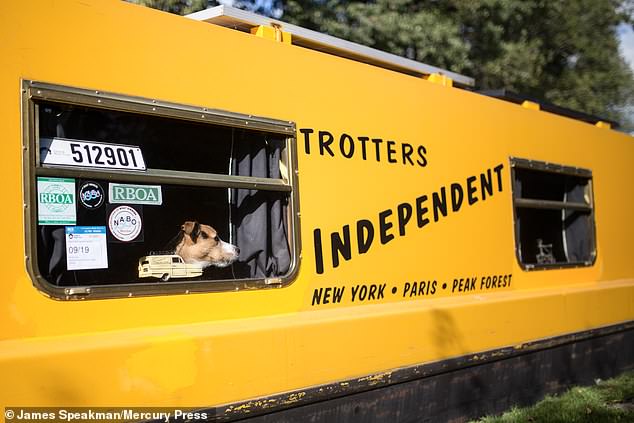 Dad-of-four Tony bought the boat for £30,000 eight years ago and has splashed out a further £30,000 modernising it 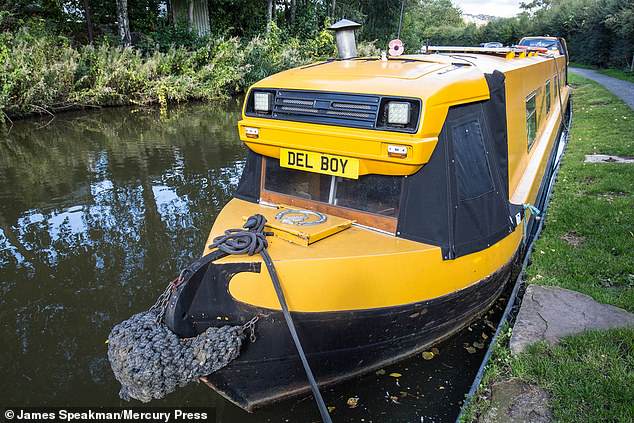 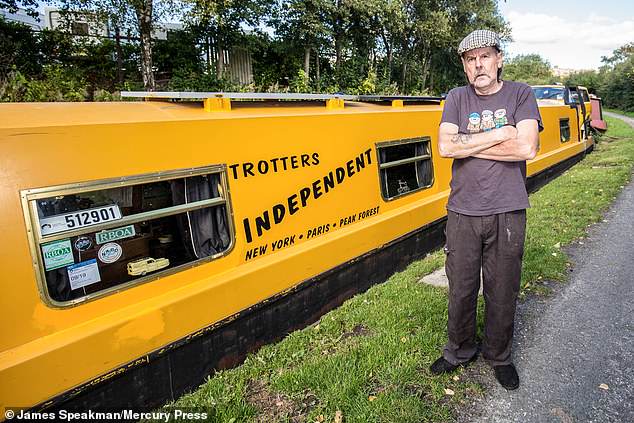 Tony said: ‘When I bought the boat it was already called ‘Trotters Independent’ and we had so many comments when we were in Derbyshire that I decided to keep the boat’s name.

‘When my mate suggested putting a car on it after I’d had four pints of Guinness I thought it wasn’t a terrible idea.

‘Two months later I’d started looking for a car to put on the back of my boat.’

Grandad-of-four Tony tracked down a seller from Haywood, Staffordshire,  who was selling the shell of a yellow Reliant Robin.

Tony said: ‘I struggled to find a car because some people didn’t like what I was going to do with the car.

‘I came across a car for sale where this chap wanted the engine and I just wanted the body, so we came to an arrangement and I ended up with the body of the car.’

Tony had help at the weekends from boat builder stepson Richard Pemberton, 36.

The pair measured the boat and assessed which parts of the car would fit to it.

Tony said: ‘All the work was quite technical, which is why I had to get Richard involved as he knows how to build boats.

‘There was a lot of work to do between cutting things, welding and working with fibreglass.

‘It still had to look like the car, so the bonnet at the front is on the same plane as the back.

‘It’s just exactly the way it was when it was a car – just a bit longer and with a boat in between.

‘The most exhausting and difficult thing was to work in between the weather because you’re on the canal, so you really feel its effects.

‘The wind and rain can be scary. I nearly fell into the canal a few times barely holding on to parts of the boat, but falling into the canal would have been worth it to get this done.’ 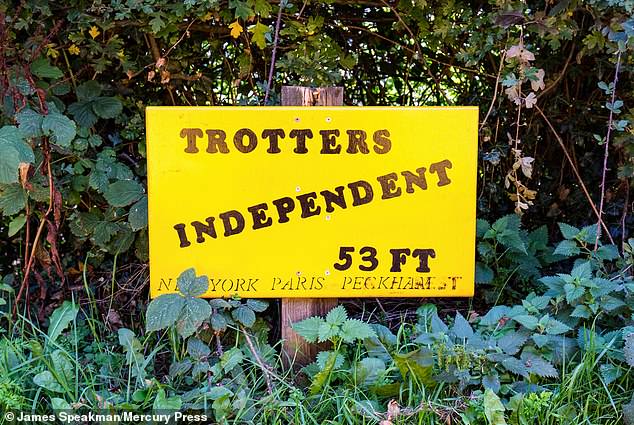 When Tony bought the boat it was already called ‘Trotters Independent’. Pictured is a sign placed near it

Tony bought the narrowboat eight years ago and moved into it permanently a year later.

His partner of 18 years, Pamela Allen, 62, joins him on the boat at the weekends but doesn’t live on it with him.

The boat includes typical home essentials such as a fire, central heating, cooker oven and a fridge.