Davies said all the gay characters in his upcoming Channel 4 drama It’s A Sin are played by gay actors because it is the only way to ensure an authentic portrayal.

The series follows the tragic stories of three gay 18-year-olds who arrive in London in 1981, at the beginning of the HIV epidemic, and its star-studded cast includes Olly Alexander, Neil Patrick Harris, and Stephen Fry.

Davies – who was behind Doctor Who’s 2005 revival – said directors must cast gay men to play gay male roles because you ‘wouldn’t black someone up’ in the modern day.

He insisted he was ‘not being woke about this’ and said the idea of ‘acting gay’ is just a ‘bunch of codes for a performance’ and is not authentic.

Queer as Folk – about the lives of three men in Manchester – was Davies’ first gay TV drama – and he cast straight actors in the role.

Straight actors portraying gay roles have been blasted by critics for years – with several accused of using harmful stereotypes.

The actor most recently in the firing line was James Corden in his role as gay Broadway star Barry Glickman in Netflix’s The Prom. 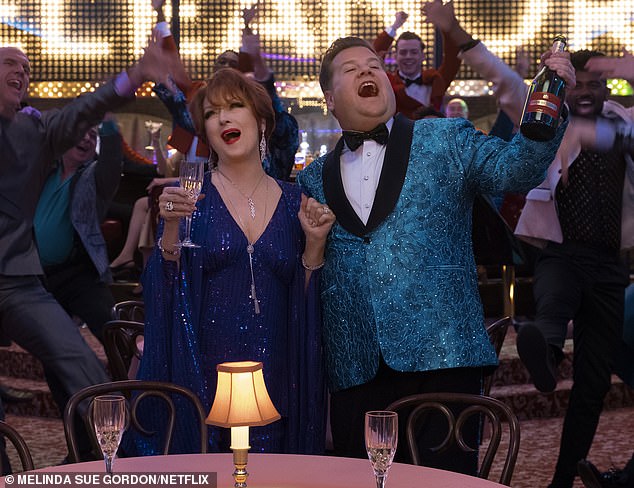 Straight actors portraying gay roles have been blasted by critics for years – with several accused of using harmful stereotypes. The actor most recently in the firing line was James Corden in his role as gay Broadway star Barry Glickman in Netflix’s The Prom (pictured alongside co-star Meryl Streep)

Davies told Radio Times: ‘I’m not being woke about this but I feel strongly that if I cast someone in a story, I am casting them to act as a lover, or an enemy, or someone on drugs or a criminal or a saint.

‘They are not there to “act gay” because “acting gay” is a bunch of codes for a performance.’

He added: ‘You wouldn’t cast someone able-bodied and put them in a wheelchair, you wouldn’t black someone up.’

Davies said his latest project It’s A Sin – which began filming in October 2019 – is loosely influenced by his own life.

The writer, who is gay, was just 18 when the HIV crisis began in 1981, but he did not contract the disease. 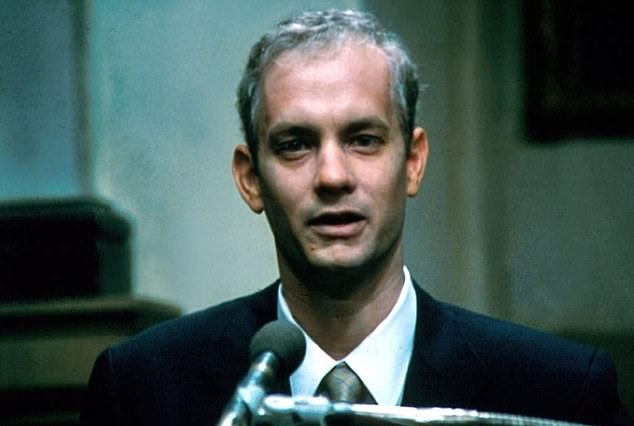 Davies – who revived Doctor Who in 2005 – said directors must cast gay men to play gay male roles as you ‘wouldn’t black someone up’ in the modern day. Other films criticised for actors playing gay roles include Tom Hanks in Philadelphia (pictured) 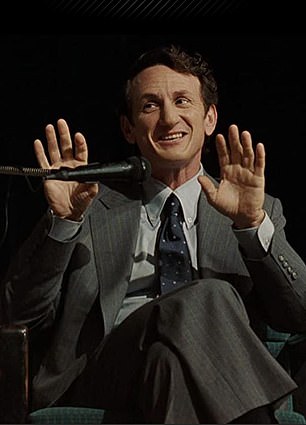 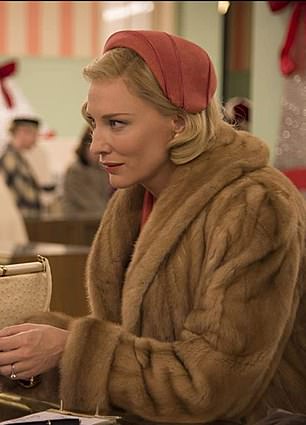 Straight actor Sean Penn won an Oscar in 2009 for his role as gay rights activist Harvey Milk in Milk (left). Cate Blanchett was nominated in 2016 for playing a lesbian in Carol

Other films criticised for actors playing gay roles include Jake Gyllenhaal and Heath Ledger in Brokeback Mountain, Cate Blanchett in Carol, Sean Penn in Milk and Tom Hanks in Philadelphia.

Call Me By Your Name – which received an Oscar in 2018 – featured Armie Hammer as a gay character.

The film’s director Luca Guadagnino defended the casting at the time, telling The Independent: ‘I honestly don’t believe I have the right to decide whether an actor is straight or not.

‘Yes, Armie is a straight man with a wife and children and the same can be said of Timothée.

‘But do I ask them to swear on their sexuality, on their identities, on their desires, before I cast them? I don’t.’ 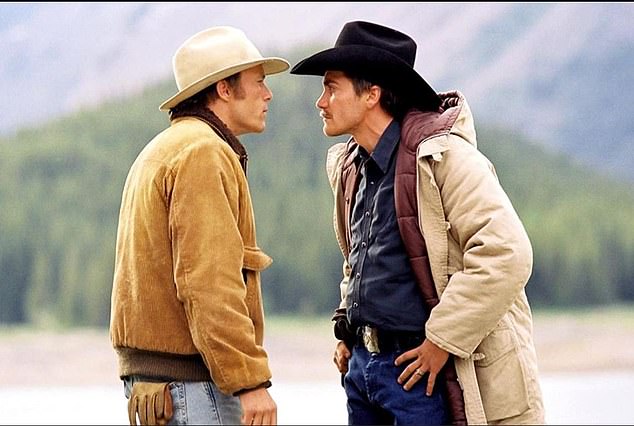 Jame’s Corden’s co-star Andrew Rannells, who is gay, defended the actor’s portrayal of a gay character in Prom, saying film casting is about finding ‘the best person for the job’.

Speaking to Attitude magazine, Rannells said he thinks ‘representation’ in films and TV is important but added that the movie’s director Ryan Murphy is ‘looking for talent’ first and foremost.

He said: ‘You know, I kinda go back and forth about this. Obviously, representation is very important, but what I feel that Ryan does so well is, you know, it’s the best person for the job, quite frankly.’