Only mothers who breastfeed are offered food at a hospital in Queensland, Australia

A mother has accused a hospital of refusing to serve her food because she does not breastfeed her son.

Jessie Taylor said she rushed her son, Riley, to Townsville Hospital, in north Queensland, on Mother’s Day after the 10-month-old fell ill with a chest infection.

The 27-year-old said she was getting settled with Riley when a kitchen staff member asked her if she had eaten lunch, according to the Townsville Bulletin.

Ms Taylor said a nurse interjected and asked her if she was breastfeeding, to which she replied that she fed Riley formula.

The young mum claims the nurse then told her meals were reserved for breastfeeding mothers, the publication reported.

Although she informed there was a kitchen in the ward, Ms Taylor said she did not want to leave Riley’s side and couldn’t take him with her to retrieve food because he was infectious.

‘I understand the hospital’s approach, but when you’ve got a very young child it’s very difficult to leave just for a meal when in the next room a mum is getting a meal just because she’s breastfeeding,’ she said.

‘It bugged me all week. It’s one of those things that did genuinely upset me because it added that element of stress.’

Ms Taylor told Daily Mail Australia she had to stop breastfeeding her children due to circumstances.

‘We are parents and we should be equal, we were not visitors’ she said. 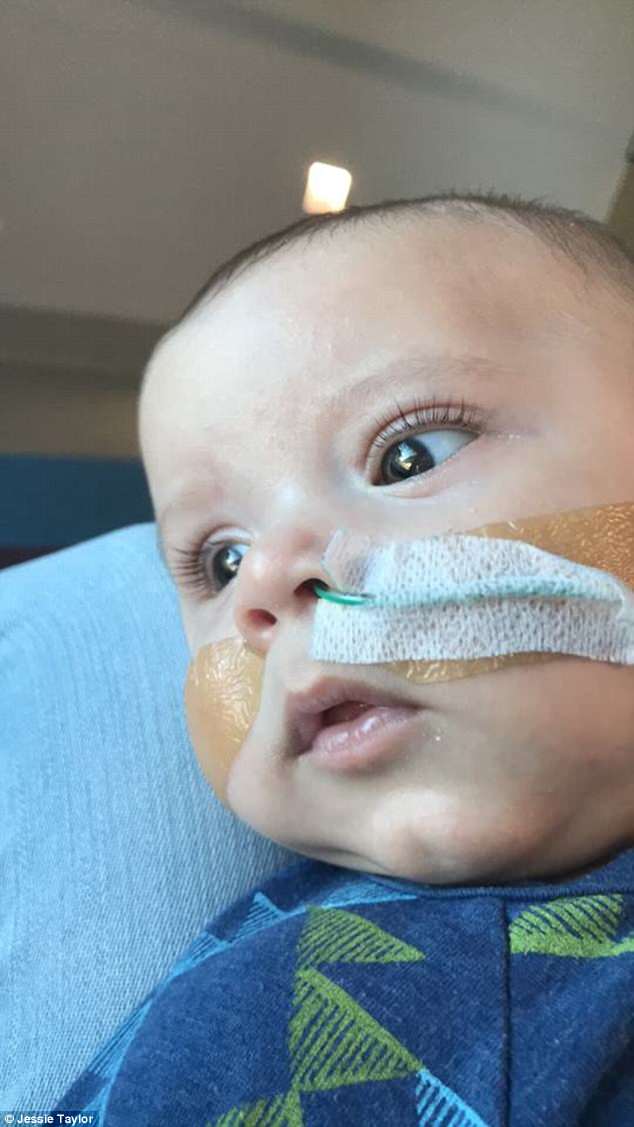 Riley (pictured), aged 10-months, was admitted to the Townsville hospital with a chest infection. While in hospital, he was fed by a tube

The mother of two said she was offered spare food twice during her six-day stay and described the children’s unit as ‘absolutely amazing’.

‘I was fully understanding that I could have gone and prepared something to eat in the new Ronald McDonald family room, an excellent facility, but I didn’t want to leave my baby,’ she told the Townsville Bulletin.

‘The Townsville Hospital kitchen produces close to 500,000 meals for patients each year,’ Mr Keyes said in a statement.

‘Feeding hospital visitors would triple or quadruple the number of meals that we would need to make.

He said there are many options available to visitors at the hospital for food with cafes and other food outlets based on the campus.

‘The new Ronald McDonald Family Room, which is part of the children’s ward, always has bread, donated by Tip Top and milk, donated by Pauls, for families.

‘Every morning the Family Room also puts on a pancacke breakfast for families of unwell children.

‘Patients in the Townsville Hospital are cared for and monitored by our world-class staff and are well looked after regardless of whether they are accompanied by a visitor.’ 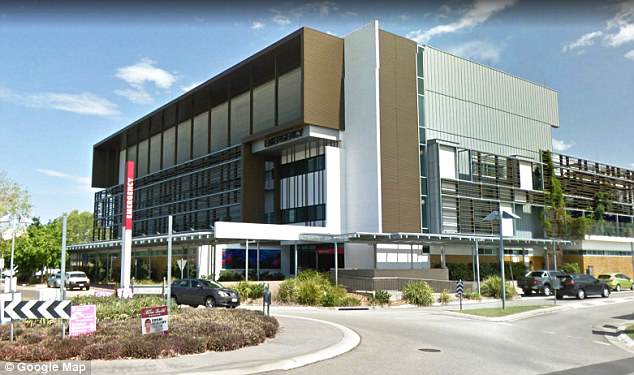 Social media users reacted with anger to the policy, commenting that all mothers should be treated the same.

‘A caring mother beside her baby is a mother regardless of breast or bottle feeding,’ one person said.

Another person said: ‘I think its such discrimination to only feed breast feeding mothers.

‘When my daughter was in hospital at 11 weeks old it was so hard to even leave her side, let alone going to get a meal.’