Only yolk-ing! Mother pranks her son into believing a chick is hatching from an egg in her hand

Only yolk-ing! Mother pranks her son into believing a chick is hatching from an egg in her hand

This is the hilarious moment a mother pranked her son into believing a chick is hatching from an egg in her hand by putting her finger inside.

She moves pieces of cracked shell on the top of the egg with her finger which is inside the egg.

The mother tells her sons to keep calm as the oldest gets excited and says: ‘We’re having a pet chick!’

She asks him ‘what are we going to do’ as the family’s dog jumps up at the son and gets asked to go back to its bed.

The mother continues to poke around inside the egg shell as the son tells her that he can see the chick in the prank on June 18.

Believing there is a chick inside which is hatching, the son starts Googling how to keep a newborn chick alive.

The mother turns to her other son who is sitting on the kitchen counter unfazed by the hatching chick. He asks if he can hold it, but she says that she has to.

The oldest son asks what they are going to do with it and the mother jokingly says they could feed it to the dog. 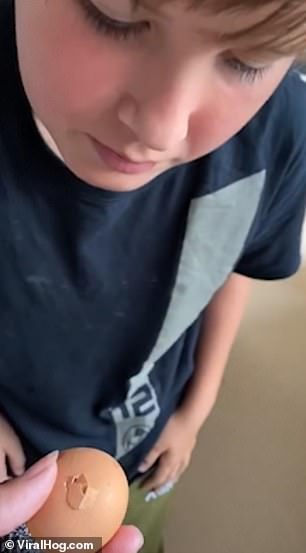 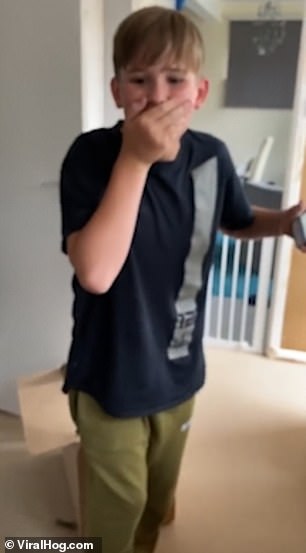 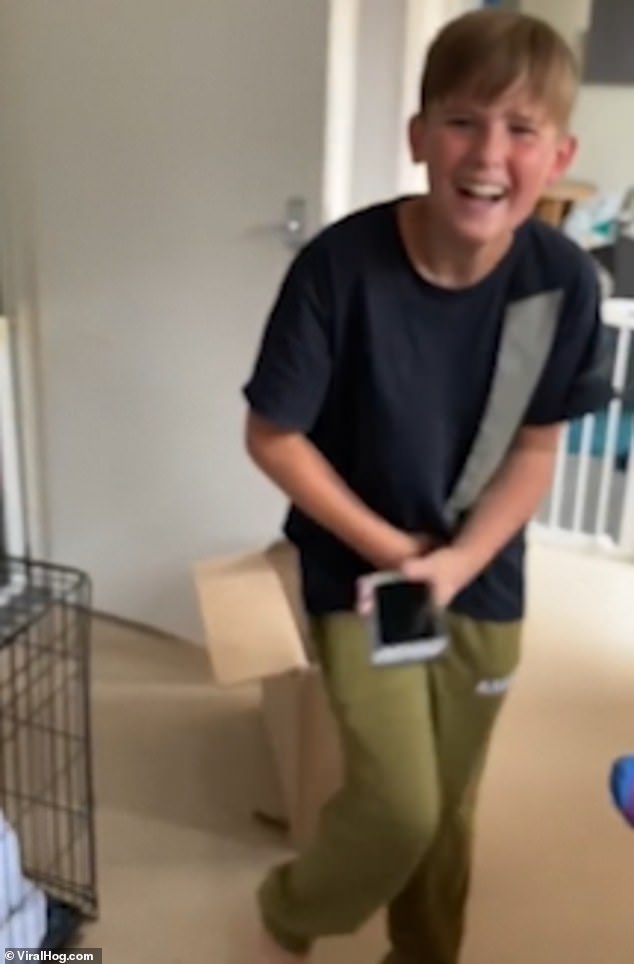 When the oldest son takes a closer look at the hatching ‘chick’, he says it looks like a finger.

His mother says: ‘Really? Look closer then’ before pushing her finger through the egg shell in her sons face.

He jumps back and asks: ‘Is that a chick?’ and his mother tells him he was pranked.

She said: ‘My son always plays pranks on me but this time I got him good with the finger in the egg chick prank.’