How OnlyFans model SAVED a man’s life after noticing an alarming detail during their X-rated sessions: ‘I can’t thank her enough’

An OnlyFans model ‘saved a client’s life’ after pressuring him to go to the doctor for a check-up after she noticed one of his testicles had become swollen.

Belle Grace, who previously worked in healthcare, had been seeing the man online regularly for two years. She told Yahoo both testicles were ‘a normal size’ when she first met him, but over the last six months one had started to grow at an alarming rate.

Belle, from Yorkshire in the UK, told the man to get it checked out immediately but said it took six weeks to convince him to head to his doctor because he was ’embarrassed’.

Doctors discovered he had a very aggressive form of testicular cancer, but were able to catch it before it spread.

‘I can’t thank Belle enough for encouraging me to make the doctor’s appointment. I honestly didn’t think anything was wrong,’ the man, who wished to remain anonymous, said. 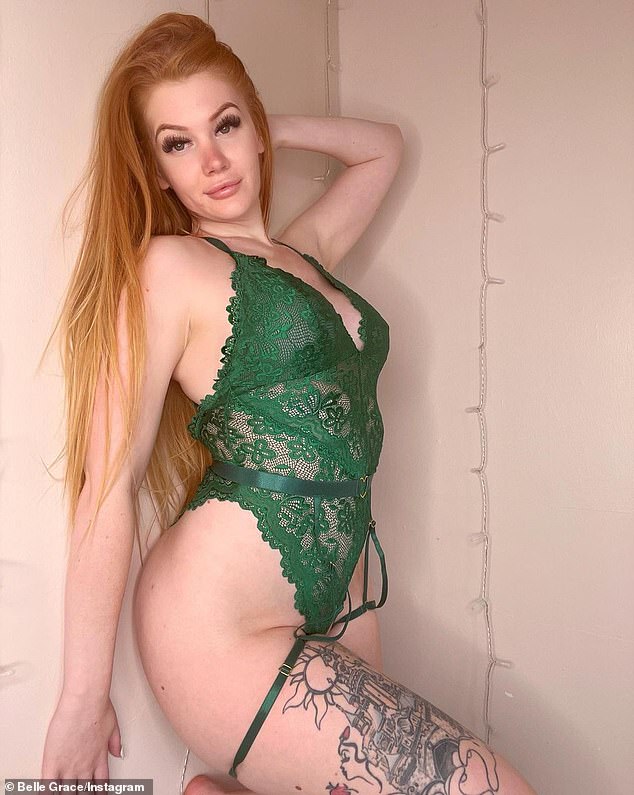 What are the signs of testicular cancer?

A lump or enlargement in either testicle

A feeling of heaviness in the scrotum

A dull ache in the abdomen or groin

A sudden collection of fluid in the scrotum

Pain or discomfort in a testicle or the scrotum

Enlargement or tenderness of the breasts

Belle is among the top 0.1 percent of earners on the popular platform, making much more than she ever could in healthcare.

The red-headed beauty joined the site to supplement her income but realised she had stumbled upon a much more lucrative career.

‘I quit my job when I realised I was making five times my salary on OnlyFans, just doing it on the side,’ she said.

She used to make about $1,800 per-month as a medical receptionist, but now turns over $75,000 per-month on the platform.