Friends and family gathered to celebrate the life of a heroic student who shielded his classmates from gunfire during last week’s shooting at Santa Fe High School.

Christian Riley Garcia, 15, was one of the ten people gunned down in an art class on the morning of May 18.

His classmates have said that Christian used his body to barricade against a closet door in the classroom to prevent the shooter from getting inside.

An open-casket funeral service was held on Friday in Crosby, Texas, in remembrance of the 15-year-old who had displayed bravery ‘far beyond his years’ during the tragic massacre just one week prior.

Christian Riley Garcia, 15, was one of the ten people gunned down at Santa Fe High School last Friday. His classmates say Christian heroically shielded them from the bullets 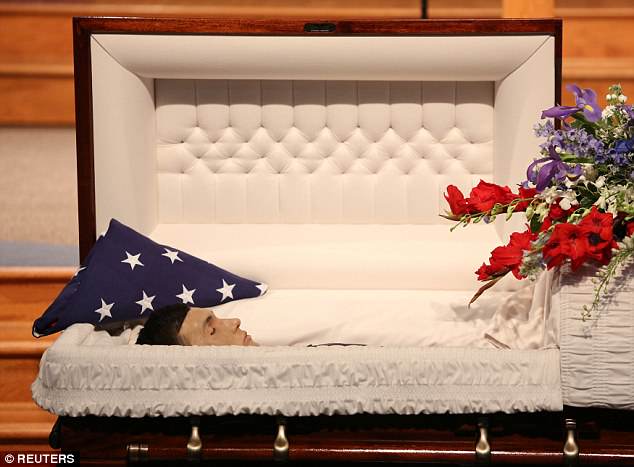 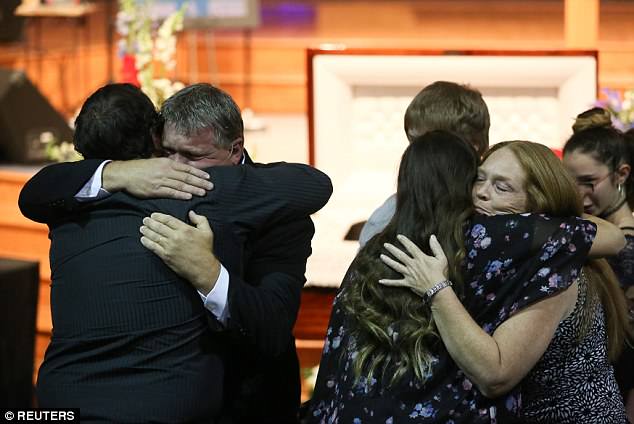 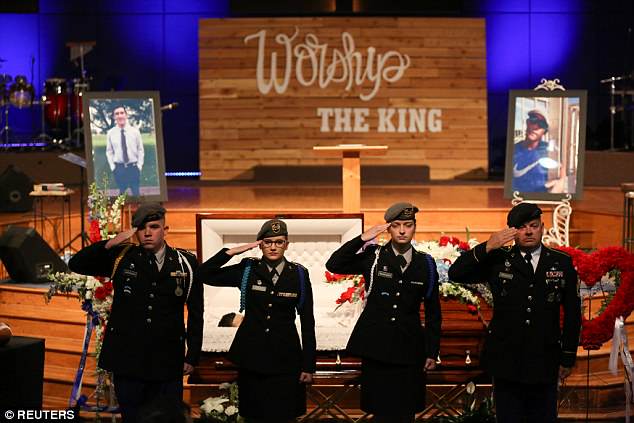 Christian, who has been described by loved ones as remarkably selfless and brave beyond his years, was a history buff who had aspired to pursue a career in the military

‘[Christian] grabbed me and my teacher and got us into the closet,’ Christian’s best friend Courtney Marshall, 15, told ABC News.

Christian, a history buff who had dreamed of pursuing a military career, had grown up attending Crosby Church in the Houston suburb of Crosby where the service was held.

‘The sacrifice of his own life, others were allowed to escape and had some time to get away,’ Pastor Keenan Smith said of the teen’s bravery.

‘We know there were several lives lost but his story is a story of true heroism. He gave himself so others would have a chance.’ 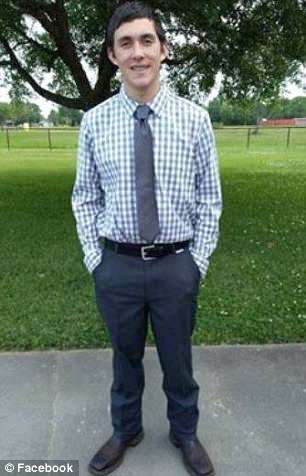 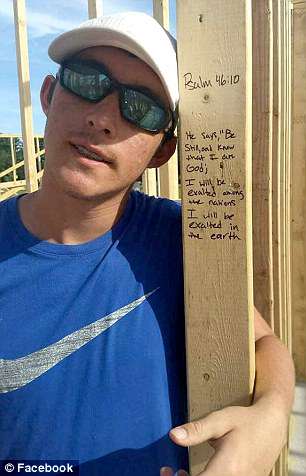 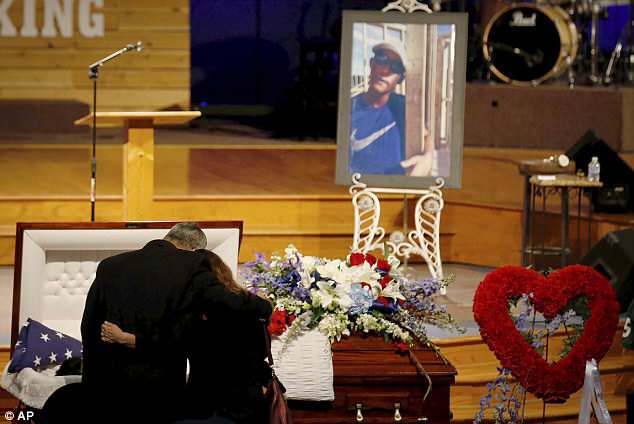 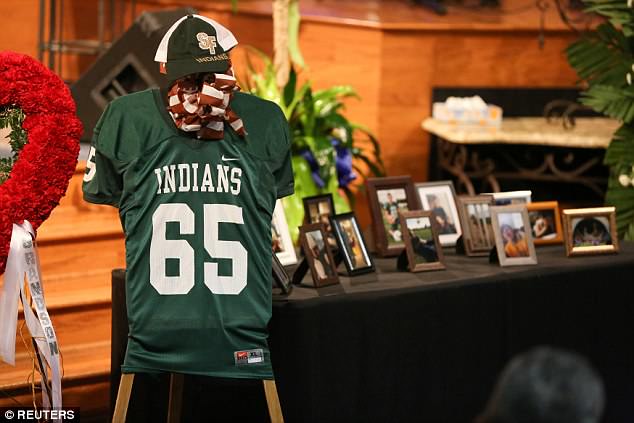 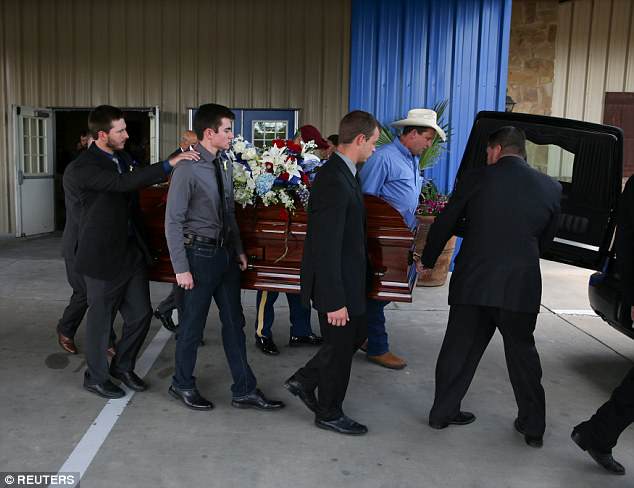 A service for another one of the victims, 63-year-old Cynthia Tisdale, was held earlier on Friday.

The beloved substitute teacher had been married to her husband for nearly 50 years and had four children and 11 grandchildren.

Her service was held in League City, not far from Santa Fe southeast of Houston.

The parents of 17-year-old Chris Stone filed a lawsuit against the gunman’s parents on Friday based on claims that Pagourtzis used a gun owned by his father.

Christopher Stone and Rosie Yanas have charged Pagourtzis’ parents with not properly secure their weapons and allowing their son access to ammunition, as well as being negligent by entrusting him with weapons. 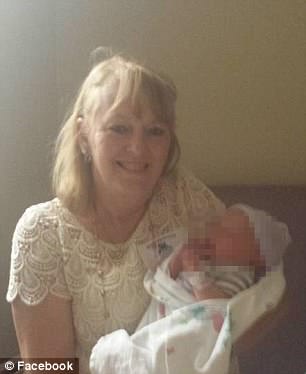 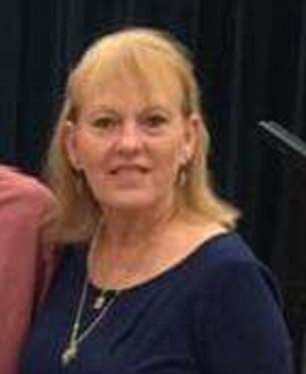 Another service was held in honor of 63-year-old victim Cynthia Tisdale earlier on Friday in League City, Texas. Tisdale was one of the two teachers killed in the shooting 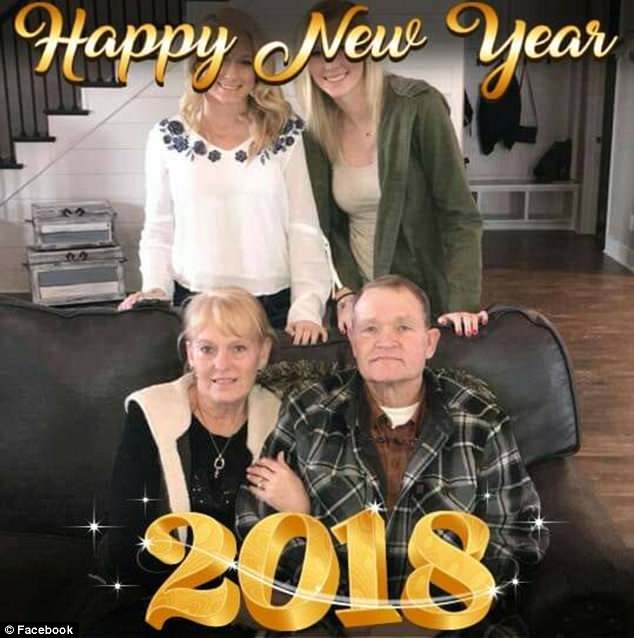 They also claim that Pagourtzis’ parents didn’t obtain mental health counseling for their son or warn the public about his ‘dangerous propensities’.

On Thursday Texas Governor Greg Abbott met with survivors who recounted horrifying stories of dodging bullets, hiding from the attacker and seeing classmates get shot.

They pleaded with Abbott to push for gun reform, specifically mentioning a need for higher security on school campuses as well as background checks for potential purchasers.

The three-hour discussion was organized by March For Our Lives, the student-led group that formed following the Parkland shooting in February.

The Republican governor appeared receptive to reform ideas, but the staunch Second Amendment supporter is not expected to push for major changes in legislation. 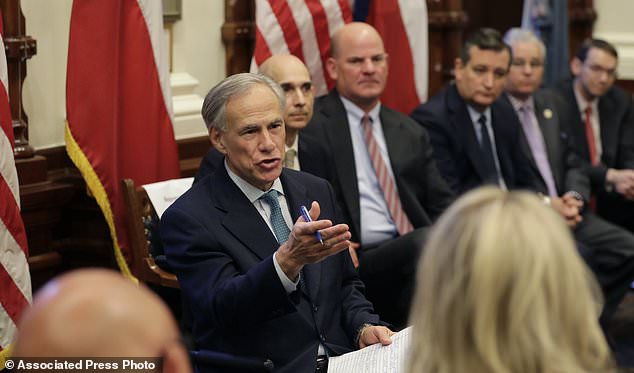 Texas Gov Gregg Abbott, left, met with student survivors on Thursday to hear their horrifying stories of dodging bullets, hiding from the attacker and seeing classmates get shot 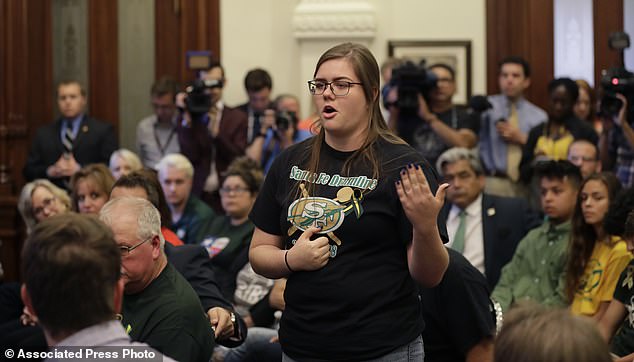 The students including Grace Johnson, above, pleaded with Abbott to push for gun reform in the wake of the shooting that left 10 people dead on May 18 in Santa Fe, Texas