Openly gay valedictorian is banned from giving his speech

The valedictorian of a Catholic school in Kentucky, who was banned from giving his graduation speech that praised Parkland shooting survivors, gave his address anyway using a megaphone after the ceremony.

Christian Bales found out Friday morning – the day of graduation – that the Diocese of Covington had cut his speech from Holy Cross High School’s ceremony.

But the openly gay valedictorian took matters into his own hands and still gave his speech after the ceremony using a megaphone. 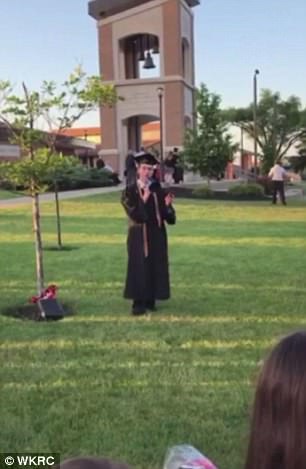 Openly gay valedictorian, Christian Bales (left, in red and right), of Kentucky, who was banned from giving a ‘political’ speech, gave it anyway using a megaphone after Holy Cross High School’s graduation ceremony 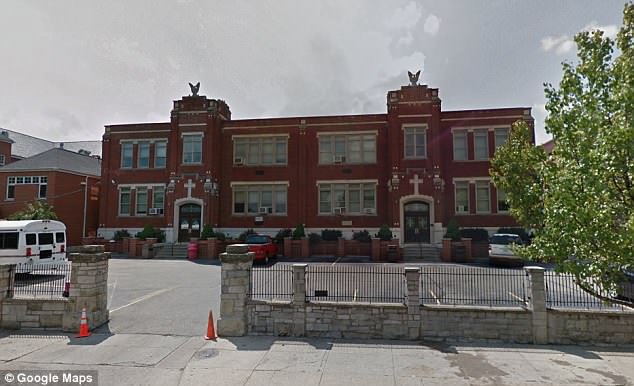 Diocese of Covington spokesman Tim Fitzgerald said the students’ speeches weren’t submitted on time, and upon review ‘were political and inconsistent with the teaching of the Catholic Church’. Pictured is Holy Cross High School

Bales was told his speech and that of his classmate, Katherine Frantz, who is also the student council president, were too political.

‘The diocese took ours and said they were too confrontational, too angry, too personal, and that they weren’t appropriate for the setting,’ Bales told WKRC.

Frantz also blasted her speech through a megaphone alongside Bales.

During Bales’ speech, he repeated the phrase ‘the young people will win’, a phrase coined by Parkland shooting survivors earlier this year.

‘I know they pointed out that the Parkland teens teach ideologies that apparently go against the Catholic faith, which I don’t agree with in my experience,’ Bales told the station.

His speech also encouraged graduates to ‘perpetuate God’s will by bettering the quality of life’ for communities.

Diocese of Covington spokesman Tim Fitzgerald said the students’ speeches weren’t submitted on time, and upon review ‘were political and inconsistent with the teaching of the Catholic Church’. 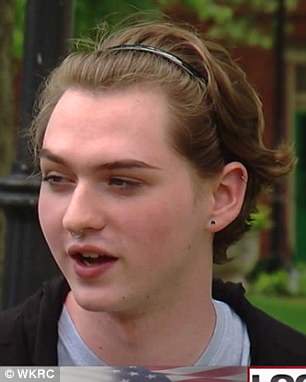 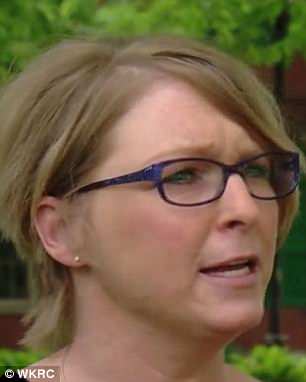 However, Bales’ mother, Gillian Marksberry (right), says her son believes his speech was approved, before being told otherwise on Friday

However, Bales’ mother, Gillian Marksberry, says her son and Frantz believed their speeches were approved, before being told otherwise on Friday.

Marksberry said she received a call from the school’s principal last week.

She said he wanted her to make sure her son didn’t wear makeup or bobby pins in his hair.

‘That was disturbing because in four years I had never received a phone call from the principal,’ Marksberry told WKRC, adding that the principal also wanted her to make sure he wore men’s clothing to graduation.

Bales said he refuses to let the incident silence him and said he’s going ‘keep fighting’ for what he believes in.