One of the greatest sopranos of the modern age has officially announced her retirement at the age of 73.

New Zealand opera singer Dame Kiri Te Kanawa, has not performed publicly for about a year but told the BBC she did not intend to perform in front of an audience again.

‘I don’t want to hear my voice, it is in the past,’ she said. ‘When I’m teaching young singers and hearing beautiful young fresh voices, I don’t want to put my voice next to theirs.’

Te Kanawa’s career spanned more than five decades and included performances at the world’s top opera houses, although she is best known as the diva who sang at Prince Charles and Lady Diana’s wedding in 1981.

Over half a billion people heard her singing ‘Let the Bright Seraphim’ by Handel during the ceremony – but after Diana’s death in 1997 she refused to ever sing – or even listen to – the song again.

She said: ‘When she died, I felt that I should put that song away forever.

‘In sort of respect for her, and the death and everything about it was such a terrible thing, that I never wanted to hear it again.’ 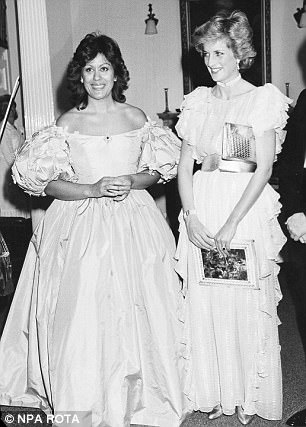 Te Kanawa was also invited to perform at Diana’s funeral in 1997, but declined as she was too upset over the princess’ death. Pictured: The two together in 1985

Te Kanawa was also invited to perform at Diana’s funeral in 1997, but declined as she was too upset over the princess’ death.

Her big break came in 1971 at Covent Garden when she was cast as the Countess Almaviva in Mozart’s ‘The Marriage of Figaro’.

She soon found herself among opera’s elite, sharing the stage with the likes of Jose Carreras and Placido Domingo.

She became a household name after performing a Handel aria at the royal wedding.

‘It got me a lot of recognition,’ she later said. ‘But it was only a wedding and my job was doing opera at the time, so I wasn’t into weddings.

‘I just happened to sing at a very important one.’

She was made a dame in 1982 and the British recording industry gave her a lifetime achievement award in 2010, calling her ‘one of the most loved sopranos of the past century’. 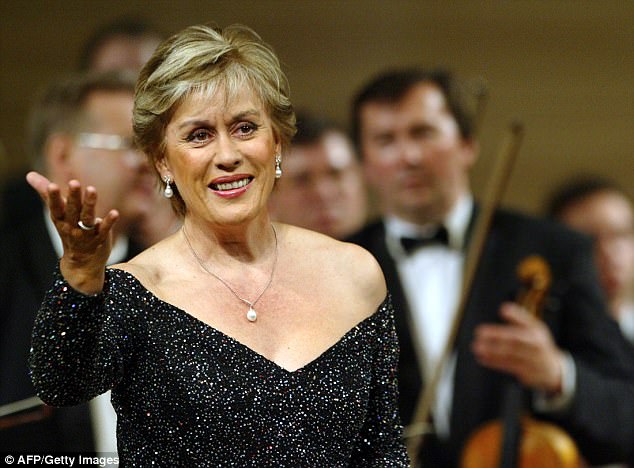 She stopped performing the most demanding of her signature opera roles in 2004 and, while still making concert appearances, concentrated on a foundation to encourage young New Zealand opera singers and musicians.

Te Kanawa won over a new generation of fans when she made a guest appearance on the television show ‘Downton Abbey’ in 2013 playing Australia’s Dame Nellie Melba.