Placido Domingo has agreed to withdraw from his scheduled performances at New York’s Metropolitan Opera House in the wake of sexual harassment allegations made by multiple woman.

The 78-year-old opera legend, who has starred in more opening night performances at the institution than anyone else, indicated in a statement on Tuesday that he may never return to the performance space.

Domingo was scheduled to sing the title role in the season debut of Verdi’s ‘Macbeth’ on Wednesday night.

It would have been his first performance in the United States since reports that numerous women had accused him of inappropriate behavior, including one soprano who claimed he grabbed her bare breast.

The Met had been under increasing pressure to cancel Domingo’s seven scheduled appearances but general manager Peter Gelb intended to await the results of in-house investigations from LA Opera. 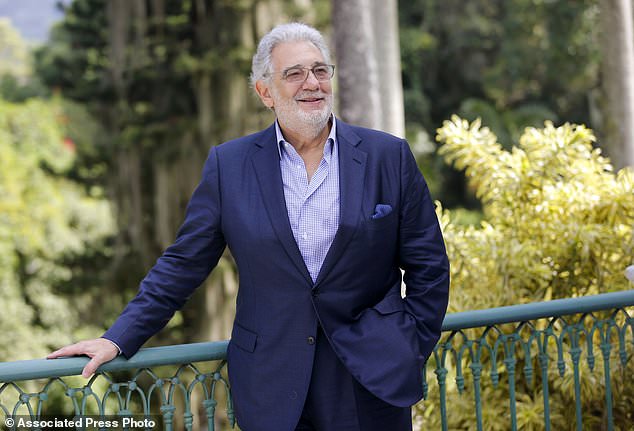 The 78-year-old classical music star had been scheduled to sing the title role in the season debut of Verdi’s “Macbeth” on Wednesday night, which would have been his first performance in the United States since the reports. Here is Domingo pictured in July 3, 2014 file photo, tenor Placido Domingo after a press conference in Rio de Janeiro, Brazil 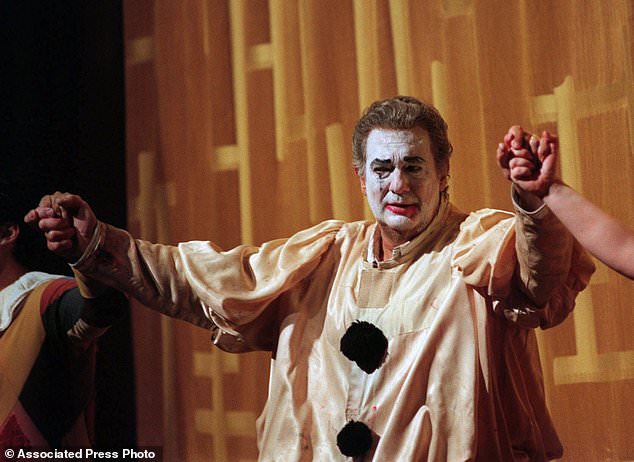 Domingo has performed in opening night performances at the Met Opera more than any other star. (Pictured: Domingo during a curtain call after two one act operas, ‘Cavalleria Rusticana’ and ‘Pagliacci,’ at the opening night of New York’s Metropolitan Opera on September 27, 1999)

Gelb revealed his initial plan to wait for investigations to conclusions to performers at a dress rehearsal on Saturday.

Domingo has been general director of the LA Opera since 2004 and the American Guild of Musical Artists, the union that represents various opera staff.

He had sung in rehearsals and later issued a statement saying his Met career was over after what the company said was 706 performances.

Domingo wrote ‘I made my debut at the Metropolitan Opera at the age of 27 and have sung at this magnificent theater for 51 consecutive, glorious years.

‘While I strongly dispute recent allegations made about me, and I am concerned about a climate in which people are condemned without due process, upon reflection, I believe that my appearance in this production of ‘Macbeth’ would distract from the hard work of my colleagues both on stage and behind the scenes.’

Domingo claims he asked to withdraw from the performances and thanked leadership at the Met for ‘graciously granting’ the request.

He added: ‘I am happy that, at the age of 78, I was able to sing the wonderful title role in the dress rehearsal of ‘Macbeth,’ which I consider my last performance on the Met stage.’

In its statement, the Met said Domingo had ‘agreed to withdraw from all future performances at the Met, effective immediately.’

Gelb sent an email to the Met staff on Tuesday saying, ‘We are grateful to him for recognizing that he needed to step down.’

Zeljko Lucic will replace Domingo for the three performances of ‘Macbeth.’ Domingo also had been scheduled for four performances as Sharpless in Puccini’s ‘Madama Butterfly’ at the Met in November. 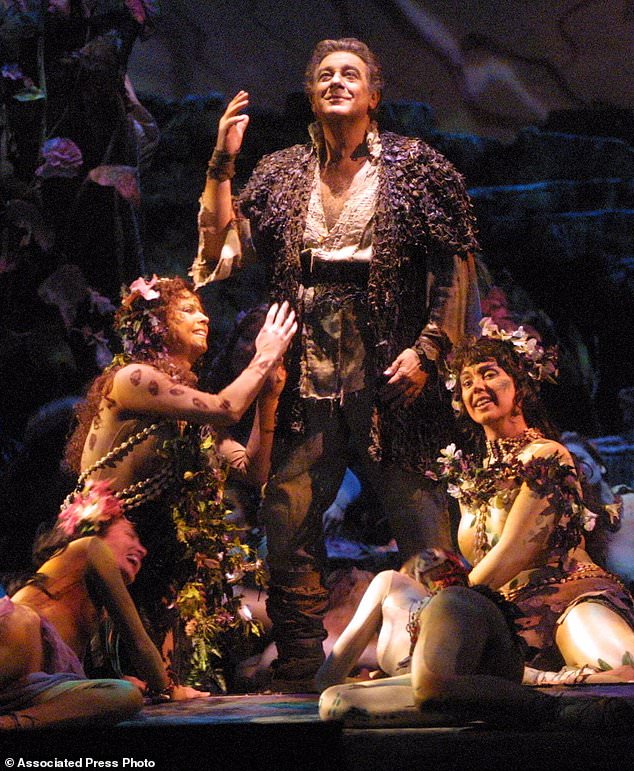 Domingo surrounded by flower maidens as he sings in the title role of ‘Parsifal,’ during the dress rehearsal at the Metropolitan Opera in New York on March 26, 2001 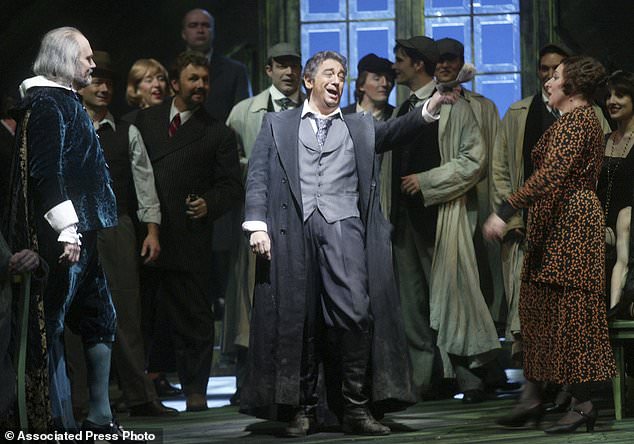 Pictured: Domingo, center, singing in the title role in ‘Sly,’ at the Metropolitan Opera dress rehearsal in New York on March 29, 2002

The move to withdraw came after growing concern about the star that was expressed by several people who worked at the Met, the New York Times reported.

Other cultural institutions including the Philadelphia Orchestra and San Francisco Opera had already cancelled his performances, where they stated that they needed to provide a safe workplace.

Domingo has performed on the opening night at the Met more than any other star, his record of 21 beat previous titleholder Enrico Caruso who had 17.

He sang hundreds of times in a variety of roles, starting as a tenor before dropping to a lower baritone when he could no longer hit the high notes. He also regularly conducted its orchestra.

Last year the Met celebrated the 50th anniversary of Domingo’s debut and presented him with a piece of the stage.

In addition, Gelb said the Met was suspending tenor Vittorio Grigolo pending the outcome of an investigation opened Tuesday by The Royal Opera in London.

Grigolo, 42, was alleged to be involved in a September 18 incident when he sang the title role in Gounod’s ‘Faust’ with the company on tour in Tokyo.

He was scheduled to sing six performances of Alfredo in Verdi’s ‘La Traviata’ at the Met in February and March.

He said: ‘I believe they have an obligation to hold their performers to a high standard, given the fact that they are one of the world’s most important cultural institutions.

‘They should be thinking also not just about his celebrity and star power, but about the 20 women who allegedly have made complaints.

‘The Met has an obligation to ensure the safety and well-being of their employees and I’m concerned that if they don’t take action on this, this matter might discourage future employees from coming forward.’