Oprah Winfrey has kicked off her new year’s diet ‘reset’ by bidding farewell to the special bananas foster birthday cake she had made for her best friend Gayle King.

The media mogul, who turns 68 at the end of the month, took to Instagram on Monday to share a video of herself tossing the leftovers in the trash while opening up about her plans to get back on track with her eating after the holidays.

‘Time for a reset. I’m clearing out my fridge,’ she explained. ‘You know we had 12 people over the house over the holidays. All stayed safe from COVID, thank God. And I gotta say, we ate every day like food had just been invented.’

Oprah Winfrey, who turns 68 at the end of the month, took to Instagram on Monday to share a video of herself tossing out her best friend Gayle King’s leftover birthday cake 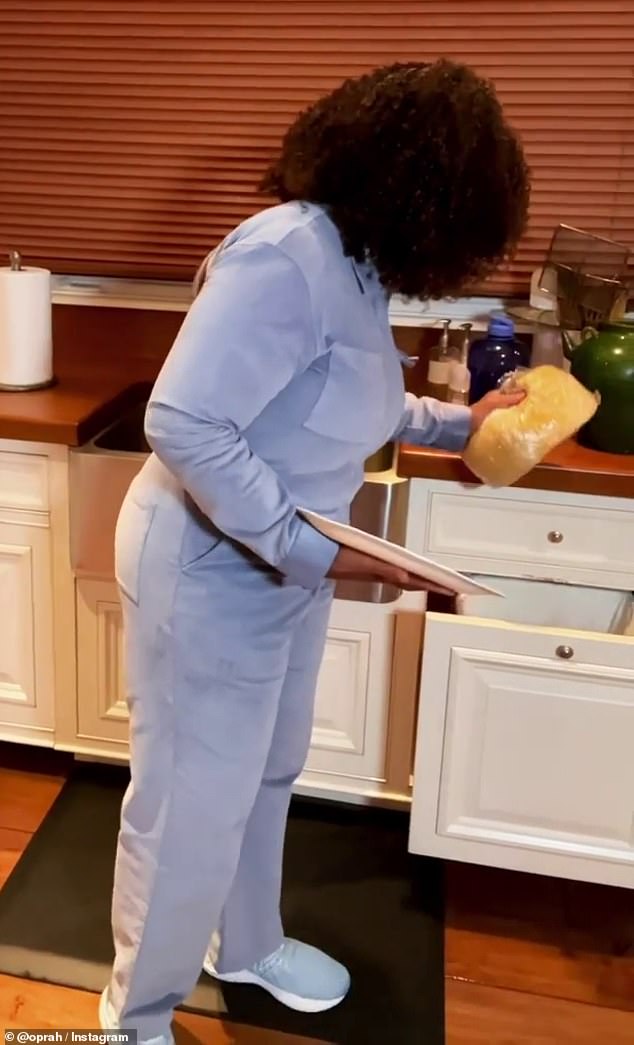 And it wasn’t just the holidays that had them indulging.

By the time January 11 rolled around, Oprah was ready to get back into her WW (formerly Weight Watchers) eating plan. However, she didn’t mention anything about weight loss in her video. Instead, she referred to it as a ‘reset.’ 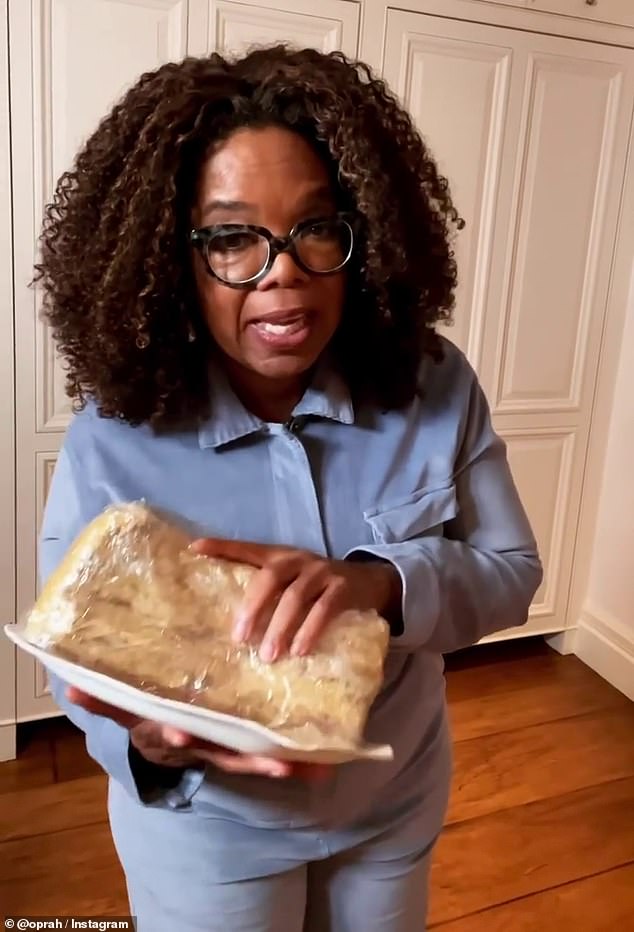 The media mogul said she was ready for a ‘reset’ while touting WW (formerly Weight Watchers) to her 20.4 million followers 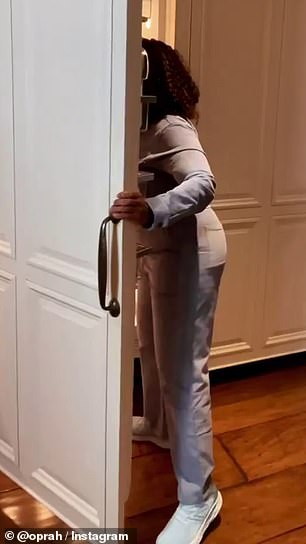 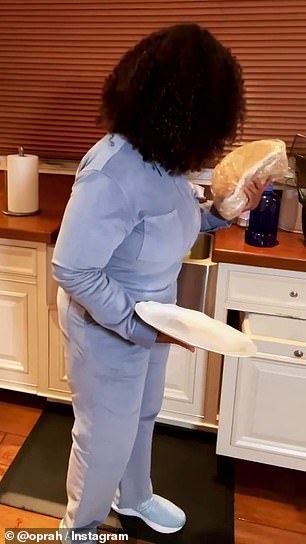 ‘No chance of one last piece of Gayle’s delicious bananas foster birthday cake,’ Oprah said before throwing the leftovers in the trash 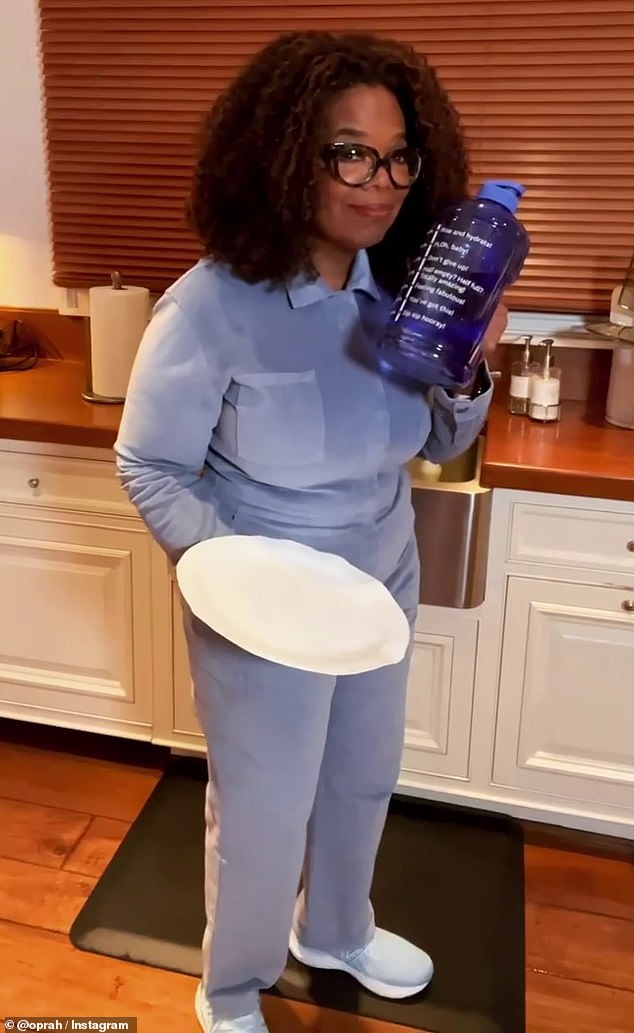 At the end of the video, the media mogul picked up her water bottle and reminded her fans to hydrate

‘So, I’m clearing out the fridge,’ she said. ‘No chance of one last piece of Gayle’s delicious bananas foster birthday cake. And I know a lot of you are also ready for a reset.’

The WW spokesperson, who previously lost 40 pounds following the points-based plan, went on to promote the subscription-based program to her 20.4 million followers.

‘It brings you back to center. It helps me stay on track. It brings a level of awareness to what I’m eating, and that’s what helps me close out the holidays, get back in control of how I want to live,’ she shared, urging her fans to join her.

‘So let’s do our day one together. Not one day, not tomorrow, not next Monday, not next week. Let today be our day one, OK? Goodbye bananas foster cake,’ she added while tossing the cake in the trash. ‘And, oh yeah, don’t forget to hydrate.’ 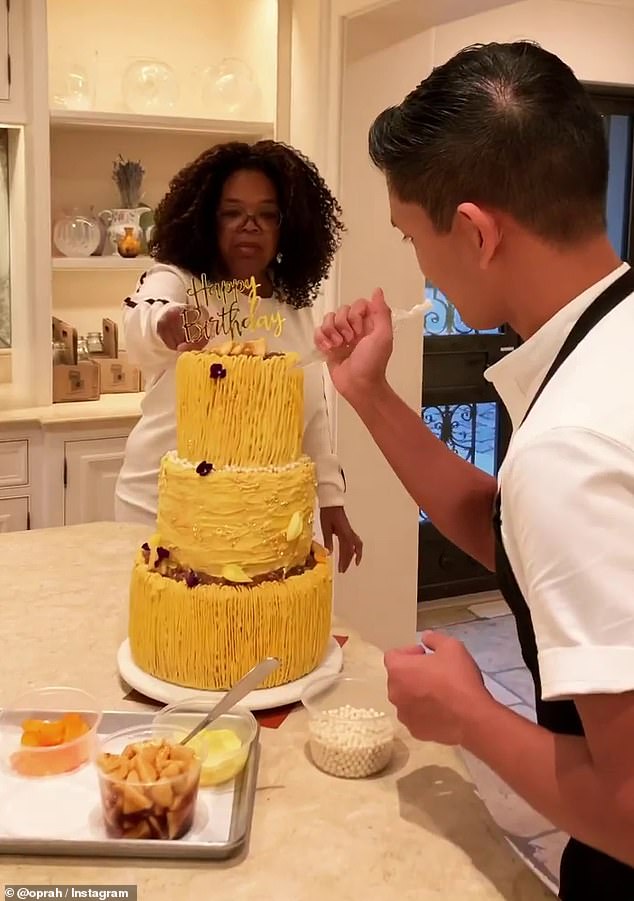 For Gayle’s birthday 67th on December 28, she had Chef Thomas J. Raquel whip up a three-tier yellow cake, which was what she threw out this week 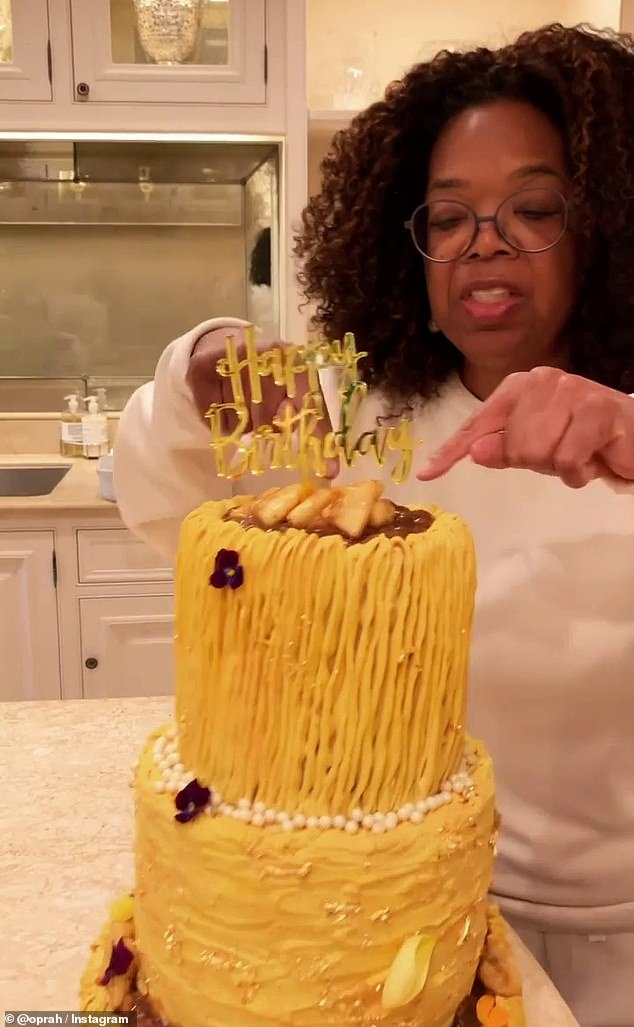 The decorated cake was topped with a scoop of bananas foster, making it even sweeter 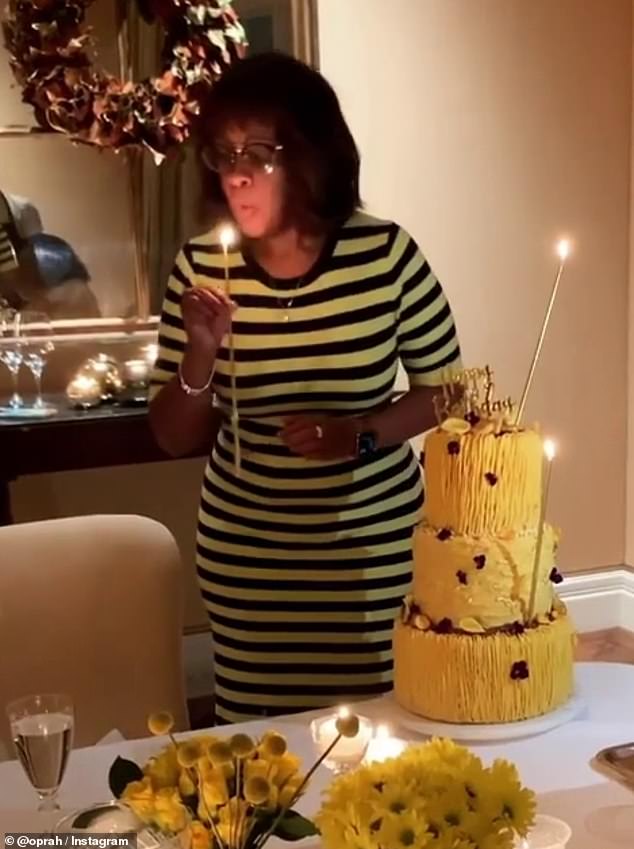 Oprah also appealed to her followers in her caption, writing: ‘If you’ve been waiting for the right day, the right time, or some kind of sign…this is it. Today is the day. Day One starts now! Join me at ww.com so we can hit reset together and start 2022 on the right track! Goodbye two-week old cake, hello hydration.’

WW can use a boost from Oprah — who is also an investor and board member at the company — after sales and membership shrunk in 2021 amid the pandemic.

Her marketing contract with WW is up in 2023, but she has agreed to serve as an adviser for the company through May 2025.

The television producer helped revive the company back in 2015 when she bought 10 percent of its shares, though her stake is now down to just 2 percent, the New York Post reported. 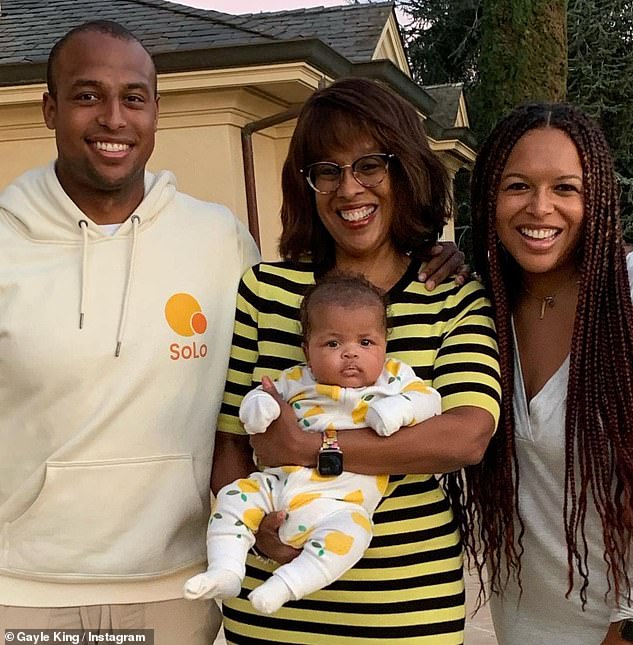 Gayle, her children William and Kirby Bumpus, and Kirby’s newborn son Luca all spent the holidays at Oprah’s home 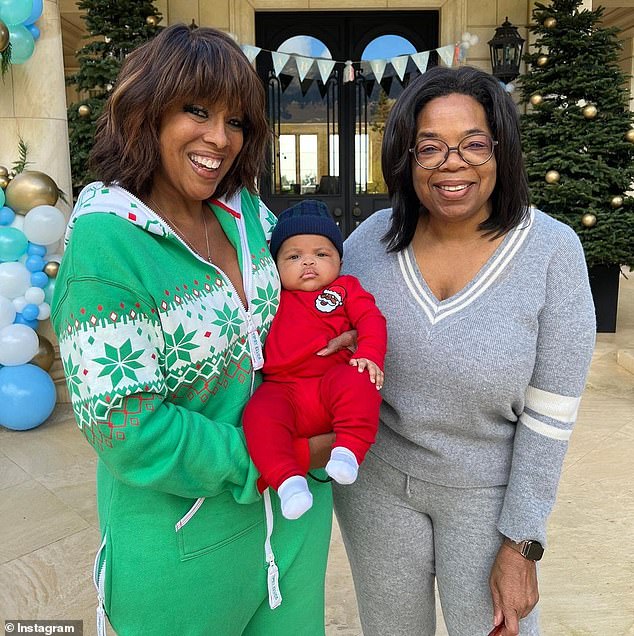 Oprah opened up about her experience with Weight Watchers and her weight loss in the January 2016 issue of O, The Oprah Magazine, which was dedicated to self-improvement.

‘I was fed up with my lose-and-gain again routine,’ she wrote. ‘I had enough of no-carb regimens. Some people can live without bread and pasta, but it just doesn’t make sense to me.’

On the system, foods and meals are broken down into points based on its protein, carbohydrates, fat, and fiber. Oprah revealed at the time that she was allotted 30 points a day, a number that was determined by her height, age, gender, and current weight.

While she lost five pounds during her first week on the program, she admitted that she had been resisting Weight Watchers since the 1970s because she ‘never had the time to go to their meetings’ and she ‘hated the idea of counting anything.’

The media mogul, whose heaviest weight was 237 pounds, noted that she has lost the same amount of weight many times throughout the years, but these five pounds were different because she was ‘ready’ and she no longer had to ‘obsess’ about what she could or couldn’t eat.