The millions of Aussies impacted by the Optus hack could be given new Medicare numbers as the federal government takes action to help those embroiled in one of the worst tech breaches to hit Australia in recent years.

Optus advised up to 10 million customers’ details could have been compromised by the massive data hack.

Among data stolen was driver’s licence numbers, as well as passport details, Medicare numbers, dates of birth and home addresses.

Health Minister Mark Butler claimed Optus had taken days to inform the government that some Medicare numbers had likely been compromised.

‘It’s deeply unfortunate that we were only notified that Medicare details were included in that data breach in the last 24 hours or so,’ Mr Butler told ABC Radio National Breakfast on Wednesday morning.

‘Right now, all the resources of government are going to protecting consumers in the face of this extraordinary breach of their personal data.’

The government is looking into providing new Medicare numbers for anyone affected.

The Medicare move comes as states and territories offer Optus customers the opportunity to replace their driver’s licence for free and pressure continues to mount on the Department of Foreign Affairs (DFAT) to provide new passports to those affected as a number one priority. 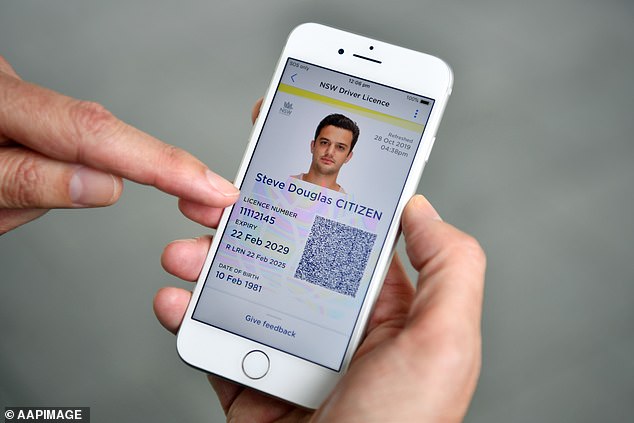 ‘Victims of the Optus cyber hack should not have to wait or pay significant amounts of fees to secure their personal information, and obtain a new passport,’ Liberal senator James Paterson said in a statement.

DFAT said people should make their own choice as to whether or not they want a new passport, reassuring those affected that fraudsters cannot get a passport with your identity.

A statement on DFAT’s website said there are ‘robust controls that protect your passport from identity takeover, including sophisticated facial recognition technology’.

‘They [hackers] would need your actual passport, not just your passport details.’

Optus said in a statement all customers whose identifying document numbers were compromised have been contacted.

This includes anyone whose licence or passport numbers were leaked as a result of the cyberattack. 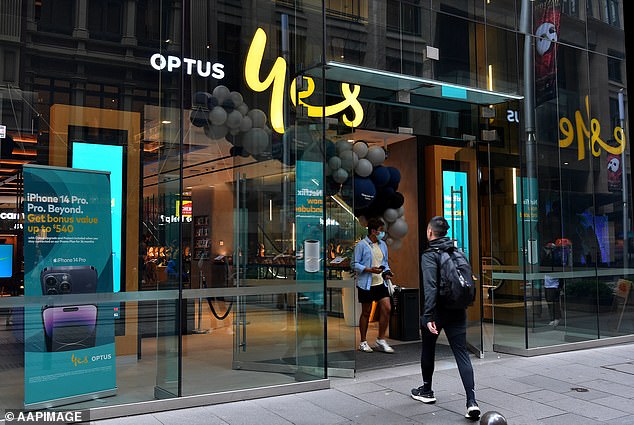 Optus said it was also working through contacting anyone who had other details such as their email address compromised.

The telco confirmed that no payment details or account passwords were compromised by the hack.

However, if you are one of the customers across Australia whose licence details have been compromised, some states have announced replacement drivers licenses at no cost.

Below is what has currently been implemented in each state and territory across Australia:

Anyone with a NSW driver’s licence can apply for a new one online through Service NSW.

Customer Service Minister Victor Dominello said Optus would be in touch with customers ‘in the coming days’ to instruct them whether or not they need to apply for a replacement driver’s licence.

‘People in NSW with a digital driver licence will have an interim card number issued instantaneously via the Service NSW app. A new plastic licence card will be issued within 10 business days,’ Mr Dominello said.

2. I can confirm Optus will contact customers in coming days to confirm whether or not they need to apply for a replacement driver licence.

The $29 replacement fee charged by Service NSW is expected to be reimbursed by Optus, with an official statement expected in the coming days.

At this point there is no clarification on whether or not the new licence will mean a new driver’s licence number or just a new card number.

Drivers in Victoria are being encouraged to report their licence breach to the Department of Transport in order to prevent any unauthorised changes by potential hackers.

The department has asked Optus to repay the cost of new licenses to the Victorian government.

If you are worried about your licence details and have been notified by Optus to say your data has been breached, you can contact VicRoads to have your record flagged and request a replacement licence.

‘By flagging records VicRoads will prevent any unauthorised changes or access to individual information through the Victorian licence database. Records will also be flagged within the national database,’ the Victorian government said in a statement online.

‘We urge you to use the web form to register your details. You will not have to wait on hold and the form is quick and easy to fill out.’

Anyone who has been contacted by Optus and has a Victorian driver’s licence can fill out the form here.

‘If you’re impacted by the Optus data breach, Transport and Main Roads Queensland will issue you a replacement driver licence with a new licence number free of charge,’ Annastacia Palaszczuk said in a statement.

If you’re impacted by the Optus data breach, @TMRQld will issue you a replacement driver licence with a new licence number free of charge.

A dedicated hotline (07 3097 3108) has also been set up to those who need additional information or urgent assistance.

If you’re in South Australia, a replacement driver’s licence will also be free.

Service SA advised anyone seeking a replacement card to attend one of its centres with documentation proof from Optus that they were affected by the hack.

‘The South Australian State Government will waive the usual replacement fee for South Australians requiring a new driver’s licence as a result of the recent Optus data breach,’ Premier Peter Malinauskas said in a statement.

The South Australian State Government will waive the usual replacement fee for South Australians requiring a new driver’s licence as a result of the recent Optus data breach.

‘Once your licence number has been changed, a new driver licence card will be produced and posted to you,’ Service SA said in a statement on its website.

‘Your new licence will be immediately available digitally through your mySAGOV account and on the mySAGOV app.’

Anyone who has already paid for a replacement card is able to get a full refund in person at a Service SA branch.

The ACT Government said it is working to issue replacement driver’s licenses for anyone who has had both their licence and card numbers compromised.

There is no information currently on whether they will be replaced for free or at a cost.

‘All customers who do this will be contacted by Access Canberra once the next steps are identified,’ a statement from the ACT government said.

At this stage there been no word from these states or territories on what Optus customers can do regarding driver licences.