Billionaire Oracle founder Larry Ellison is holding a major fundraiser for Donald Trump’s re-election campaign, an unprecedented move for a Silicon Valley giant that has sparked outrage among his employees.

Ellison, 75, is the chairman of the software giant and is the fifth richest man in the world with a net worth of $69.1billion.

On Wednesday news broke that Ellison will host a ‘Golf Outing and Reception’ fundraiser for Trump next week on February 19 at his estate in Rancho Mirage, California, less than two weeks before California’s Super Tuesday primary election.

Supporters who pay $100,000 can join the golf outing with Trump and have their photo taken with the president.

Billionaire Oracle founder Larry Ellison, 75, is holding a major fundraiser for Donald Trump’s re-election campaign at his golf course at his estate in Rancho Mirage, California on February 19 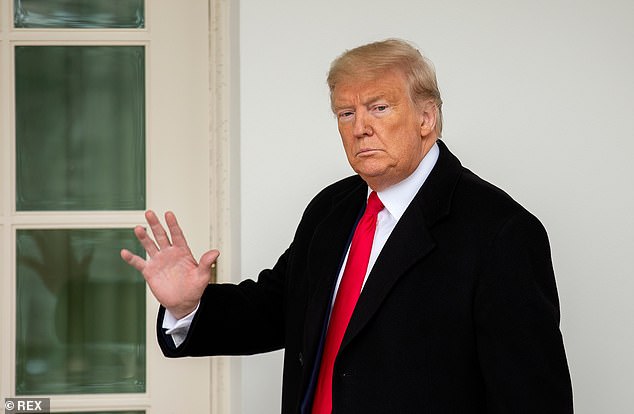 Supporters who pay $100,000 can join the golf outing with Trump and have their photo taken with the president. Supporters who donate $250,000 can get a photo with Trump, golf with him, and participate in a round-table discussion

Supporters who shell out $250,000 can get a photo with Trump, golf with him, and participate in a round-table discussion. Both options are available for two guests.

The funds will go to the ‘Trump Victory’ fundraising committee formed by the Trump campaign, the Republican National Committee and state GOP chapters, according to The Desert Sun, which obtained a copy of the event invitation.

Ellison’s show of support is a rare move for a Silicon Valley billionaire, where the president lacks a strong following. The most prominent tech figure to support Trump is early Facebook investor and board member billionaire Peter Thiel.

Ellison has donated in the past to both Democratic and Republican candidates.

He stepped down as Oracle’s chief executive in 2014 but remains the company’s chairman.

However, his support of Trump has sent shockwaves within his company.

‘It signals what I and many others have always feared,’ one current Oracle employee said to Vox.

‘Culturally, Oracle is the type of place where you’ll work with many lovely people who you share common ideals with, but those ideals have to be left at the door in service of the company.’ 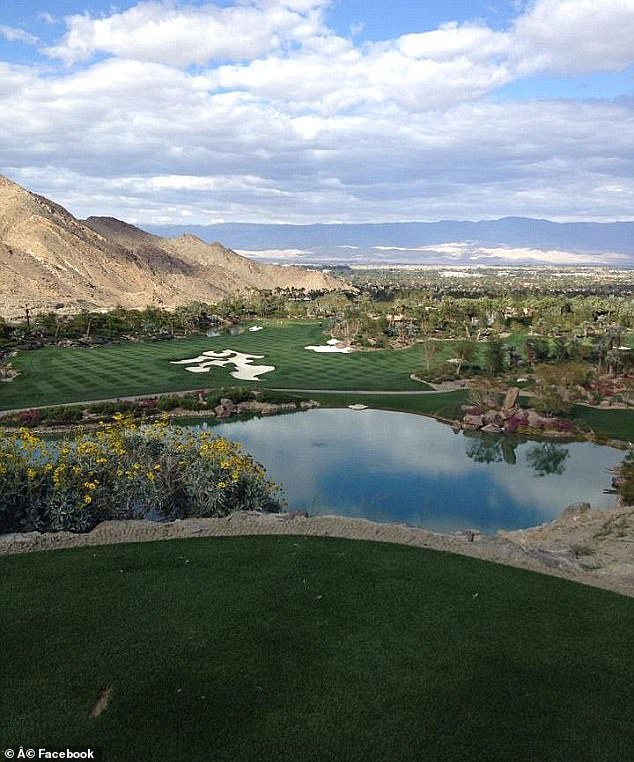 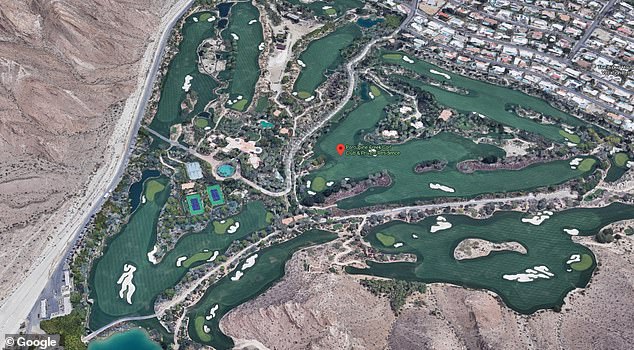 An aerial view of the sprawling estate pictured above

Employees say that unlike other tech companies that encourage open cultures and free debates, politics rarely comes up at Oracle.

Ellison’s choice to support Trump has perplexed many.

‘He is a huge, huge liberal Democrat. [He’s] so proud of the fact that he was one of the few [Fortune 100] CEOs who didn’t put greed before everything,’ a source who was once close to Ellison said.

‘Larry looked down on Republicans of all stripes — especially the conservative evangelical ones. This Trump stuff makes no sense,’ the source added.

Oracle is one of the few tech giants that have tried to build ties with the Trump administration.

Oracle’s relationship with Trump’s administration led one executive to resign from the company in 2016 after Catz joined Trump’s transition team and expressed support for the president. 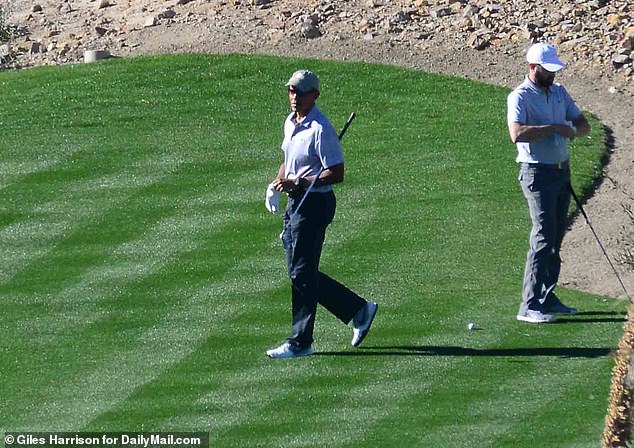 President Barack Obama golfed at the Porcupine Creek Golf Club that Ellison owns in 2015 with the Oracle founder. He returned in 2017 for a relaxing day of golf for his first full day as a private citizen (above)

At least $9.5million of Ellison’s fortune has gone to federal political candidates and political action committees since 1993.

In the 2016 Ellison supported Sen. Marco Rubio over Trump and did not donate to Trump’s campaign at all.

Ellison has not made a political contribution since the end of 2017, according to federal records, and he has never before donated to Trump or Trump-related group.

In 2014 he hosted Republican senator Rand Paul a fundraiser at his home.

He was also very close to Bill Clinton and once joked that the Constitution should have been amended to give Clinton a third term.

In 2015 Ellison hosted Barack Obama at the same golf course Trump will visit next week. Obama returned to that golf course to enjoy his first full day as a private citizen in 2017.

In the fall 2017, Ellison backed several Republicans in the midterms. He spent $5,400 for Rep. Devin Nunes of California, Sen. Lindsey Graham of South Carolina, and Rep. Will Hurd ofTexas.