Actor Matt McGorry was arrested in New York during a Black Lives Matter protest, which was all caught on camera. He says he charged with disorderly conduct during a non-violent protest.

McGorry, who shot to fame on the hit show Orange is the New Black, says in a lengthy blog post he penned on Medium about the incident, that it was his fifth time marching with an organization called NYC Shut It Down.

McGorry says he is passionate about the work Shut It Down does and says the group takes to the streets Monday evenings. They call these protests People’s Monday. He was marching with the group on April 16.

‘Last Monday, I wasn’t scared during my arrest. For one, I know I am on the side of justice. I’m honored to share the lineage of those who have fought to make this country better by putting their lives on the line,’ he wrote.

Orange is the New Black actor Matt McGorry was arrested April 16, for taking part in a non-violent protest 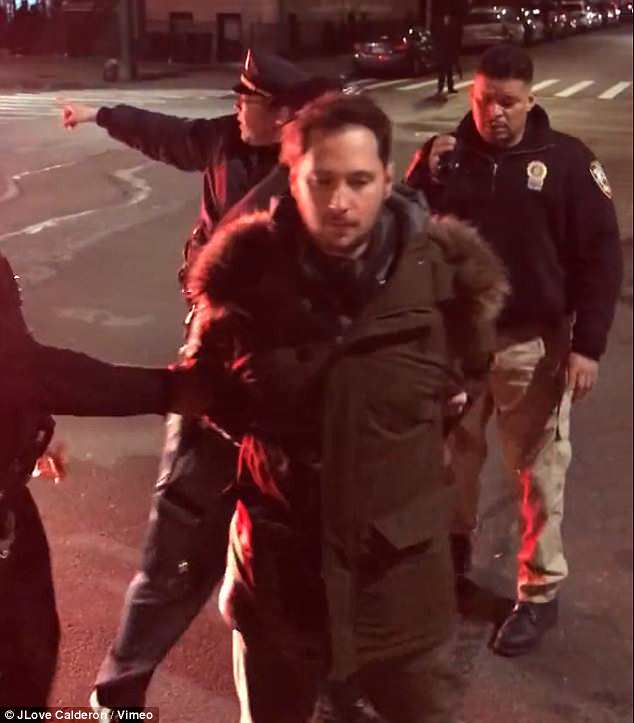 McGorry wrote a lengthy blog post about the incident, and his passion for supporting ‘black and brown communities.’ He explained he was not afraid during his arrest because he is white and a public figure. He says those factors afford him a certain level of protection from any potential police violence 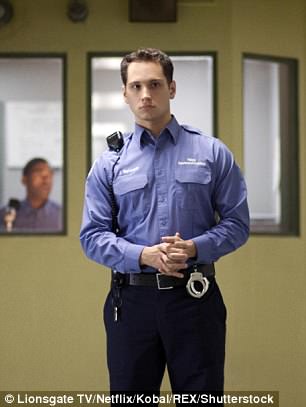 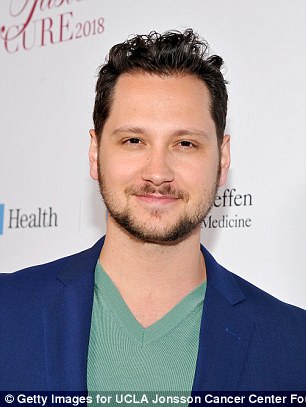 McGorry rose to fame in Orange is the New Black. He is seen left in the show, and right

‘Also, I am white. I have witnessed how people of color are often treated in these same situations, and I know my race would not be held against me in the forms of violence or additional abuse,’ McGorry wrote.

Additionally, McGorry says his status as a public figure offers him certain protections as well.

‘I am a public figure and as such, I know I would not disappear into the system the way too many poor and working class folks do. These are just some of the privileges that allow me to choose to be in this situation, without having to consider a different set of possibilities that likely would have had a much more dangerous outcome.

‘Without these privileges, people of color have always put their bodies on the line to advance the cause of racial justice. The determining factor of social progress is a matter of political will, determined by people who are not complacent.

‘As white people, it is long overdue that we summon the courage and political will to follow the lead of people of color and show up for racial justice.’ 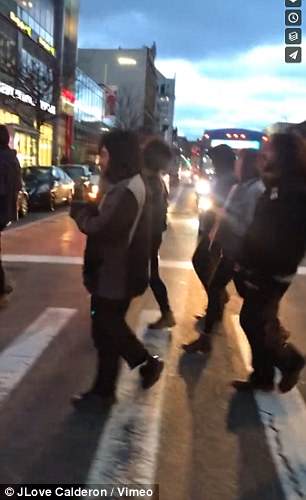 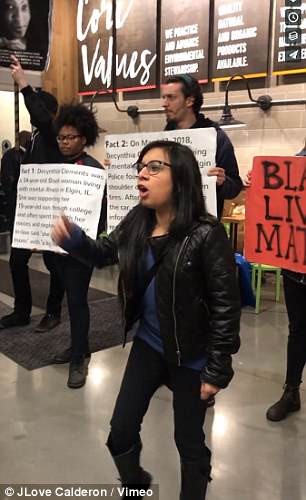 Non-violent protest: McGorry says he was marching and protesting non-violently, yet he was arrested

McGorry says the Monday night marches are meant to ‘uplift the stories of Black and Brown people killed by the police and to call attention to the danger and displacement that gentrification, and its accompanying police presence, causes in communities of color.’

He wrote that this particular Monday, in which he was arrested, was to honor and highlight the story of Eleanor Bumpurs, ‘a Black woman in the middle of a mental health crisis who was killed with a shotgun by the NYPD while they were trying to evict her from her apartment.’

The actor, and activist, also hit out at President Trump in his post, writing: ‘We should not be surprised that this country elected a president who thrives on expanding white supremacy. We need only listen to those most affected by it to discover the truth we have too long ignored.’