By Kate Plummer For Mailonline

An orangutan who lost both his arms trying to escape captors has finally ‘graduated’ from ‘Forest School’ after learning the skills he needs to survive.

Kopral was electrocuted when he climbed an electricity pylon in a bid to escape captors who had been keeping him in a cage in Indonesia as a pet since he was a baby.

The youngster was brought to the East Kalimantan Orangutan Reintroduction Program in Indonesia by taxi, but sadly his arms were severely burnt and rotting and nothing could be done to save them.

Despite his horrific start in life, under the care of the Borneo Orangutan Survival Foundation, Kopral excelled in ‘Forest School’ – a rehabilitation programme designed to teach orangutans how to build nests, climb trees, select appropriate natural foods and recognise natural predators. 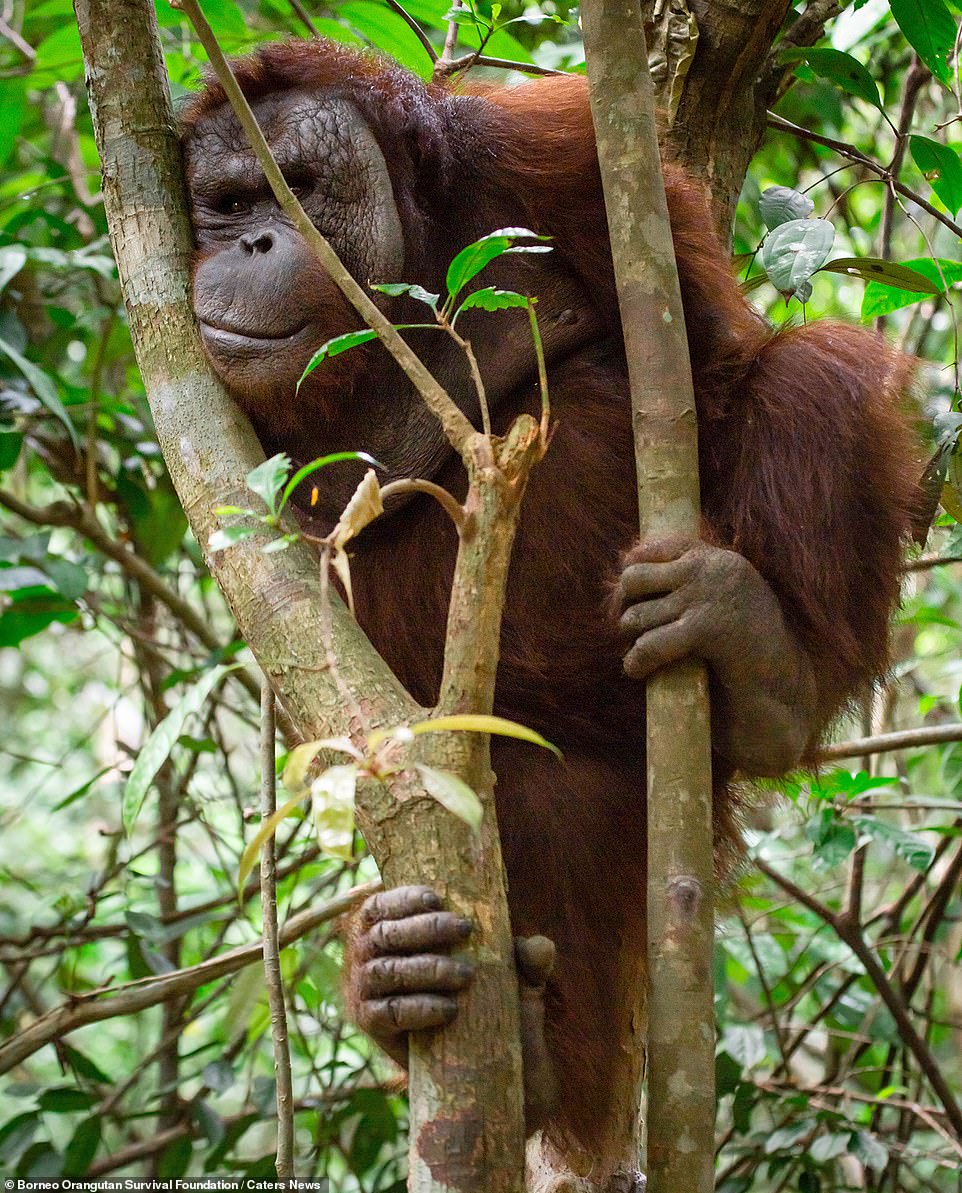 And now the thriving orangutan, who has learnt to climb trees and forage for food using only his legs, has moved to an island complex in Samboja Lestari – an environment that resembles his natural habitat.

A spokesperson from the Borneo Orangutan Survival Foundation said: ‘As a baby, Kopral was kept as a caged pet until he escaped, climbing an electricity pylon that electrocuted him and severely burned his arms.

‘Sadly, his condition was so severe that both of his arms had to be amputated when he arrived. 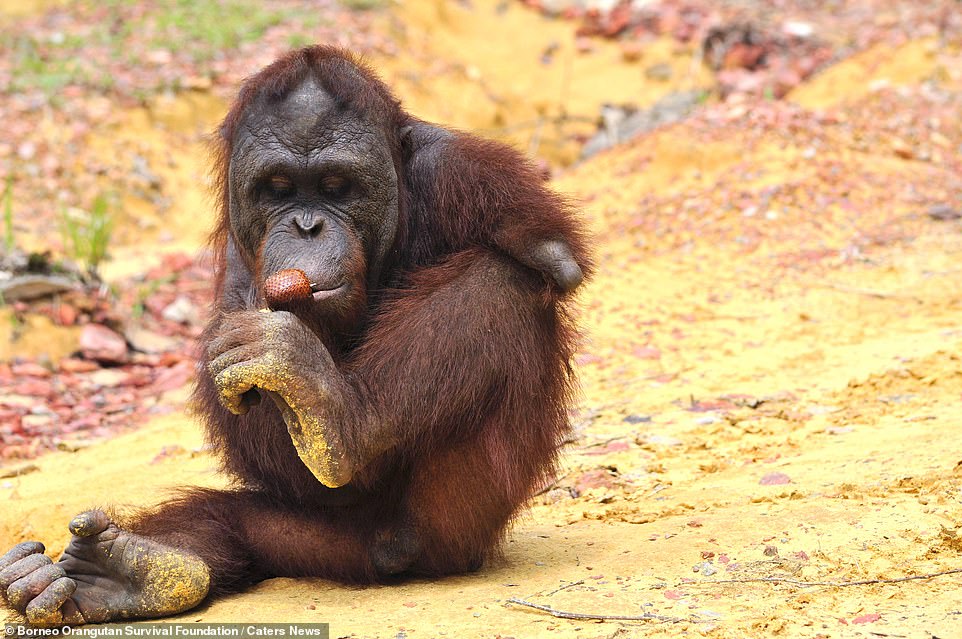 ‘Despite this, he was a star pupil at Forest School, climbing trees and building nests with his feet and mouth.’

He added that the majority of the orangutans who enter their facilities are very young, so in need of orangutan-peer interaction and daily lessons on forest survival that span different levesl from ‘Baby School’ to ‘Forest School’. He said rehabilitation can take up to seven years but that Kopral had been thiriving.

‘His physical disadvantage means that he can never be released to the forest, for his own safety.

‘However, Kopral has mastered the ability to climb trees and forage for natural food using only his legs. This has allowed him to develop into a relatively independent individual.

‘Our technicians and medical team are convinced that Kopral will be able to spend his days on the island without issue.’