An Oregon county has said non-white people don’t need to wear coronavirus face masks in public if they have ‘concerns about racial profiling and harassment’, as racial tensions mount across America following the Memorial Day ‘murder’ of black man George Floyd at the hands of a white cop.

Health officials in Lincoln County, Oregon, announced Tuesday that people of color are exempt from the order issued last week that requires all residents to wear a face covering if they come within six feet of someone who does not live in their household.

‘People of color who have heightened concerns about racial profiling and harassment due to wearing face coverings in public’ are exempt, officials said.

‘No person shall intimidate or harass people who do not comply. This Directive is intended to induce voluntary compliance and compliment education and encouragement of use of face coverings to protect ourselves and our community.’

Health officials in Lincoln County, Oregon, announced Tuesday that people of color are exempt from an order requiring all residents to wear a face covering if they have ‘concerns about racial profiling and harassment’

Officials last week issued the order mandating people wear masks when they are not able to social distance with people from other households.

The new directive came as cases – which continue to be low in the region – have been inching up in recent weeks.

As of Tuesday, Lincoln County has recorded 292 cases of the deadly virus and to people have so far been killed.

A number of people were exempt from the announcement including children under 12 years old, people with medical conditions who have difficulty breathing with a mask on and people with disabilities that prevent them wearing a mask.

Officials then added all people of color to the exemptions Tuesday, as concerns mount that ordering everyone to wear masks puts people of color at increased risk because of racial stereotyping.

Director of ACLU’s Racial Justice Program ReNika Moore has warned previously that black people face a ‘lose-lose situation’ and ‘life-threatening consequences’ both from contracting coronavirus if they don’t wear a mask and racial stereotyping if they do.

‘For many Black people, deciding whether or not to wear a bandana in public to protect themselves and others from contracting coronavirus is a lose-lose situation that can result in life-threatening consequences either way,’ she told CNN back in April. 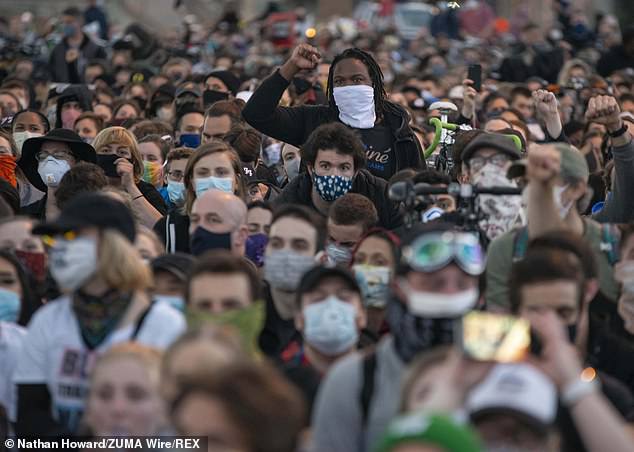 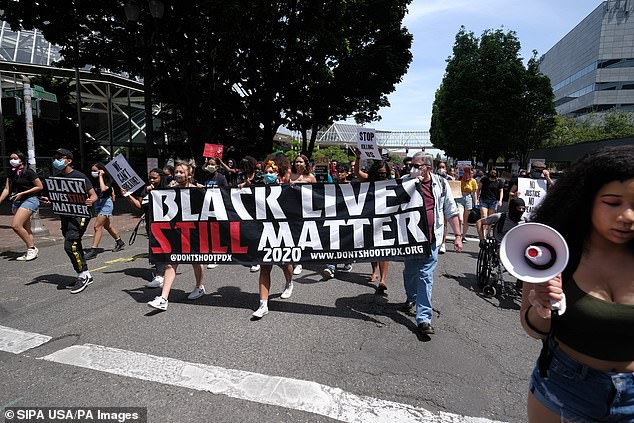 ‘We have a lot of examples of the presumed criminality of black men in general,’ he told CNN.

‘And then we have the advice to go out in public in something that… can certainly be read as being criminal or nefarious, particularly when applied to black men.’

He added: ‘This seems like a reasonable response [to order people to wear masks] unless you just sort of take American society out of it. When you can’t do that, you’re basically telling people to look dangerous given racial stereotypes that are out there.’

Protests have been sweeping across America calling for an end to systemic racism following Floyd’s death in Minneapolis and a string of other shocking cases of black men and women being killed by police officers.