A man who lost 140 pounds in only four years has revealed his surprisingly simple trick for weight loss.

The then-22-year-old originally from Detroit, Michigan, had struggled with his weight since childhood but hadn’t realized how out of control things had gotten.

In the beginning, Fenn tried everything from no carb and no sugar diets to weight loss pills to excessive exercise routines, but it was simple portion control and exercise that ultimately led him to drop nearly half of his body weight in four years. 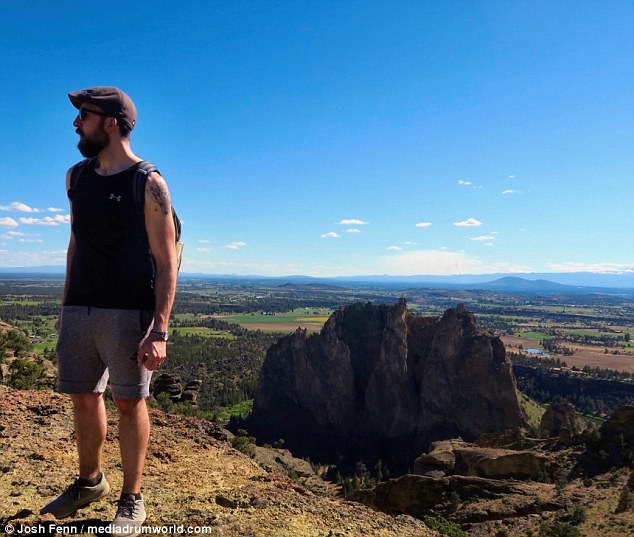 Fenn said he’s been overweight for as long as he can remember because he never learned how to gauge calorie content or how many calories he should be eating.

‘My default food choices looking back now were always the highest calorie item on a menu, or eating double the proper food portion when cooking at home,’ he said.

With the weight came low self esteem problems around age six.

‘I have always been a pretty happy and positive person, but from a very young age I lacked self-confidence and struggled with severe body image issues,’ he said.

He continued to pack on weight through his teens and into his 20s.

‘Like most people that aren’t comfortable with their weight I generally avoided scales and didn’t have one at home, I had no idea how severe the problem had been,’ he said.

It wasn’t until he was on a vacation with his siblings in Chicago seven years ago that Fenn stepped on a scale.

‘Seeing that number start with a three was the “final straw”,’ he said. ‘I knew I had to make some changes.’

Fenn had been overweight since childhood. He said the ‘final straw’ was stepping on the scale in 2011 and seeing he weighed more than 300lbs 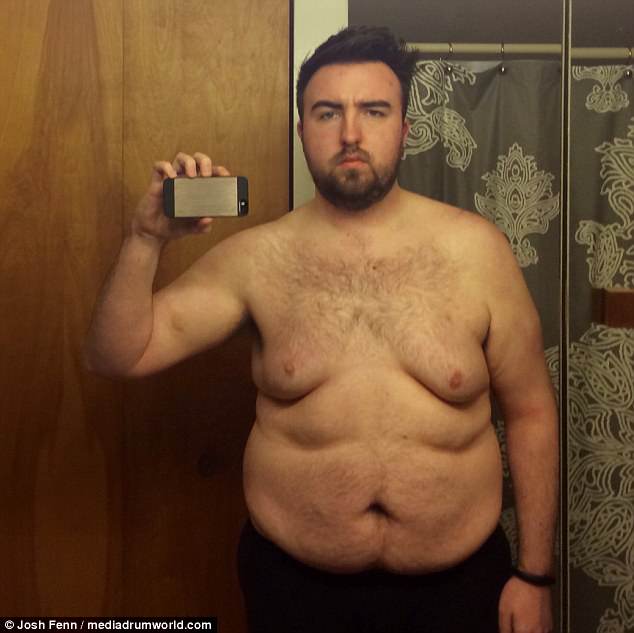 The ‘weight loss journey’ involved a lot of trial and error as Fenn tried many of the fads out there.

He said they usually worked in the beginning, but weren’t sustainable.

‘The extreme measures and changes I made were always the ones that made me fall off track.

‘The classic “tortoise and the hare” story is very real when it comes to weight loss. We tend to want to over-complicate and make things extreme because we want to lose weight as quick as possible.’

‘People always want to hear my “secret” or “trick” to losing weight, but it really was as simple as everyone dreads: eating less food and moving more,’ he said.

Today Fenn is down to a slim 175lbs and has traded in his XXXL shirts for size medium.

He walks every day and lifts weights five to six times per week.

He said he sometimes eats junk food, but has learned to do so in moderation.

In 2016 he moved from Detroit to Portland, Oregon.

‘Most people around aren’t aware of my past or my transformation.

‘When they find out they’re usually pretty shocked and say something along the lines of me seeming and looking like I’ve always been a thin person,’ he said.

Fenn posted the photos above on Instagram in February to show his transformation from an inactive, overweight 22-year-old to a fit 28-year-old today 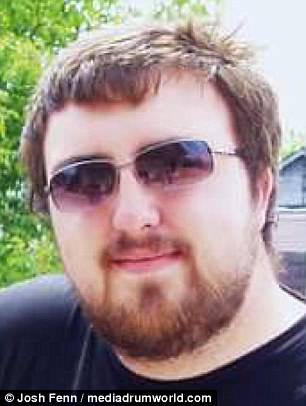 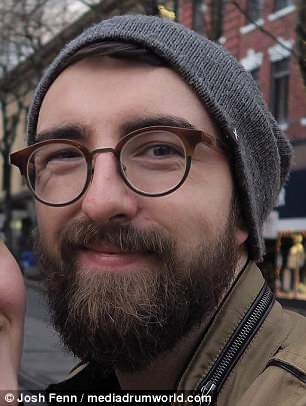