An Oregon man who allegedly shot a chicken with a spear gun while visiting Hawaii was arrested on animal cruelty charges as well as for violating the state’s mandatory traveler quarantine with a friend.

The two men were caught while leaving a condominium on Lewers Street in the Waikiki neighborhood of Honolulu, according to Hawaii News Now. 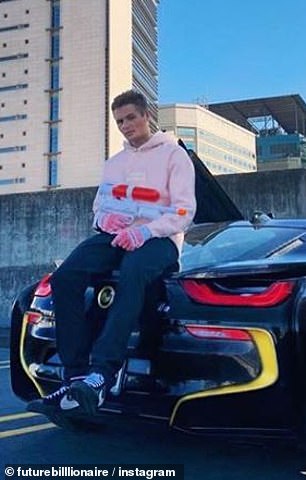 The pair arrived in Oahu on May 16 and reportedly stayed in a friend’s condo while visiting.

They quickly flouted Gov. David Y. Ige’s orders for travelers to undergo a 14-day mandatory quarantine. The mandate applies to all arrivals at state airports as well as to inter-island travelers.

In the days before their arrest, Zhiryada and Vlasenko reportedly traveled to various spots around Honolulu.

During this time, Zhiryada allegedly shot a chicken with a spear gun in a video that was shared to social media. 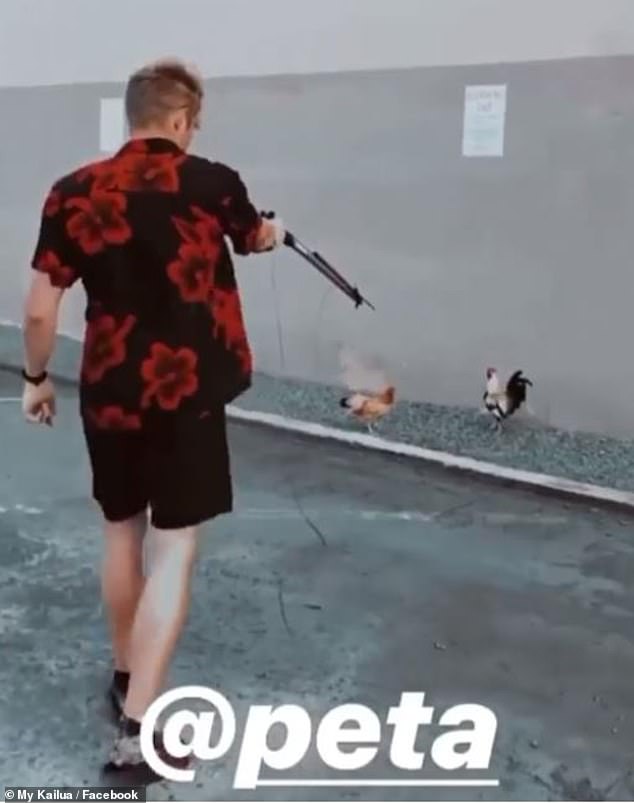 In the footage, a man thought to be Zhiryada points a speargun at two chickens found in a parking lot.

‘Yo, you’re mental,’ says a witness, as the man walks closer to the chickens.

The man then shoots the distressed chicken with a speargun while his friends laugh in the background.

Authorities said it was social media posts like this that helped them track down  Zhiryada and Vlasenko.

Zhiryada faces quarantine violation and animal cruelty charges. His bail was set at $4,500.

Vlasenko was charged only with quarantine violation charges and had his bail set to $4,000. 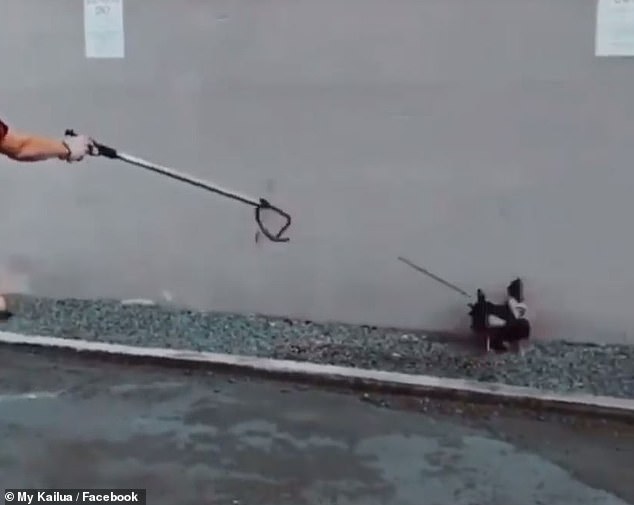 Zhiryada is now facing animal cruelty charges for this incident, in addition to quarantine violation charges 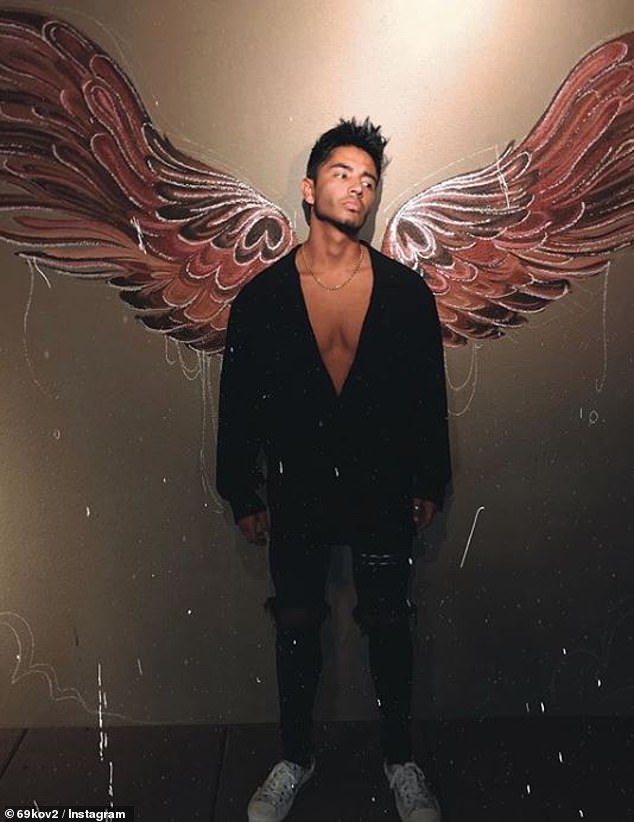 Vlasenko (pictured) was taken into custody and had bail set at $4,000 after he was arrested while leaving a condominium in Honolulu

On Instagram, Vlasenko appeared to apologize for his actions.

‘I would like to apologize to anyone who got offended by the video I posted on my social media of my friend shooting a chicken w/ a speargun,’ he wrote.

‘It was insensitive and disrespectful.’

Screenshots of Instagram DM’s reportedly involving Zhiryada show him bragging about how he ‘broke quarantine.’ 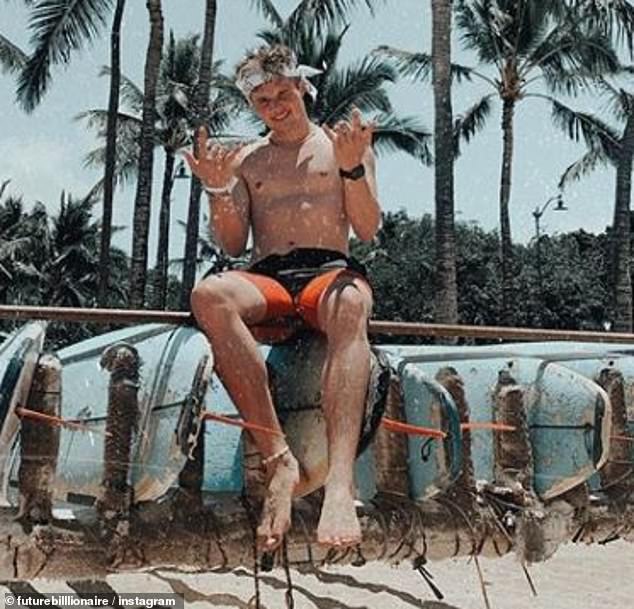 In a statement, Attorney General Clare Connors revealed that special agents have arrest 15 people for quarantine violations in recent weeks.

‘Once again, we must warn residents who return, and visitors who come to Hawai‘i, that they will face consequences for violating our COVID-19 emergency rules.’

Misty Lynn Beutler, 51,  of Moorpark, California was another recent quarantine violator who was arrested in Hawaii.

According to a press release from Governor David Ige’s office, Beutler touched down in Honolulu May 9 to stay with her son at his condominium complex.

A resident at the complex claims they saw Buetler and her son unloading her luggage on that day. However, just two days later, they spotted her returning to the residence with beach equipment in hand. 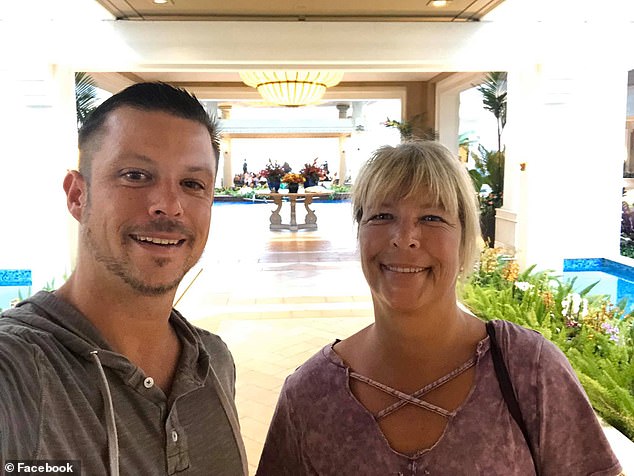 Misty Beutler (right) was detained by Hawaiian authorities Friday after witnesses reported her out and about in Honolulu just days after she arrived there. She was reportedly staying with her son (left) at his condominium complex 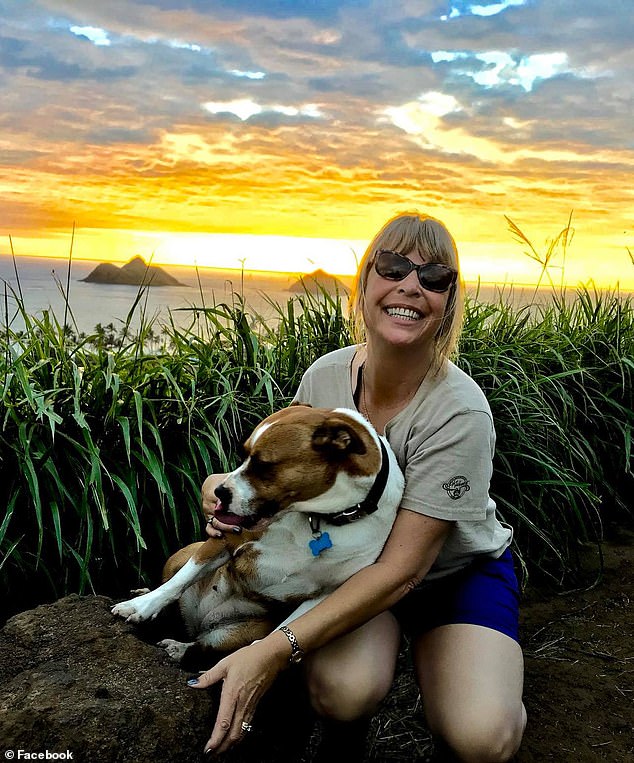 On  May 12, a witness reported that Beutler was out walking her son’s dog

Then, on May 12, the resident reported that Beutler was out again – this time walking her son’s dog.

Investigators went to the complex to interview the witness on Friday, May 22 and saw Beutler and her son coming out of an elevator ready to head outside.

She was promptly arrested and taken into custody. Her bond is set at $2,000.

The 14-day self-quarantine mandate was first enforced in March, but was extended on April 1 to include inter-island travelers.