An Oregon nurse made a new mom’s day by sticking an inspiring note above the scale she was afraid to get on for the first time since giving birth.

Mariah Kaitlyn Herrera, 25, has been trying to lose weight since giving birth to her son Isiah in March, after a difficult pregnancy that saw her gain more than 100lbs; although checking her weight has always been her least favorite part about going to the doctor, the feeling got ’10 times worse’ since welcoming her baby, and she was even prescribed anti-anxiety medication.

So the last thing Mariah expected was to leave Charnelton Community Clinic in Eugene more confident than when she went in, but that’s exactly what happened when her nurse left her a beautiful note, which reminded her that the scale only gives a meaningless number, and says nothing about the things that really matter in life.

A good deed! A nurse from Charnelton Community Clinic in Eugene, Oregon, made a new mom’s day by sticking an inspiring note above a scale 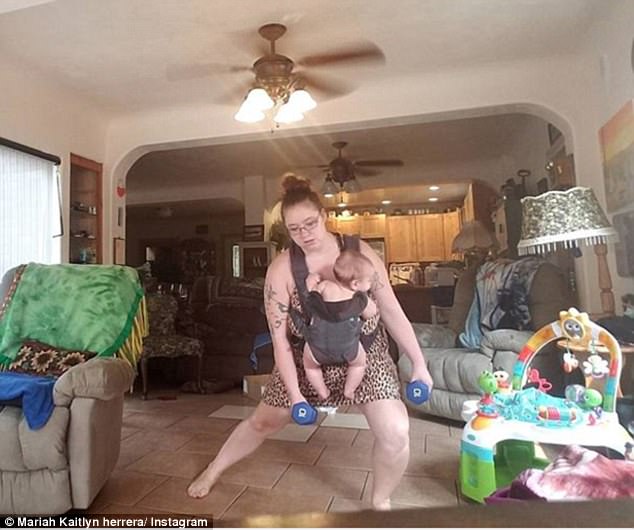 Work it out: Mariah Kaitlyn Herrera, 25, gained more than 100 pounds during her pregnancy and was afraid of her first postpartum weigh-in

The inspiring note read: ‘This scale will ONLY tell you the numerical value of your gravitational pull. It will NOT tell you how beautiful you are, how much your friends and family love you, or how amazing you are!!’

While at first Mariah said she wanted to cry before getting on the scale, she ended up walking out full with a totally different mindset, thanks to the nurse who wants to remain anonymous.

‘I walked out of the office feeling confident. I felt like a completely different person,’ the new mom told People.

Mariah posted the note on Instagram last week, saying that this was actually the second time she encountered the note at her doctor’s office. 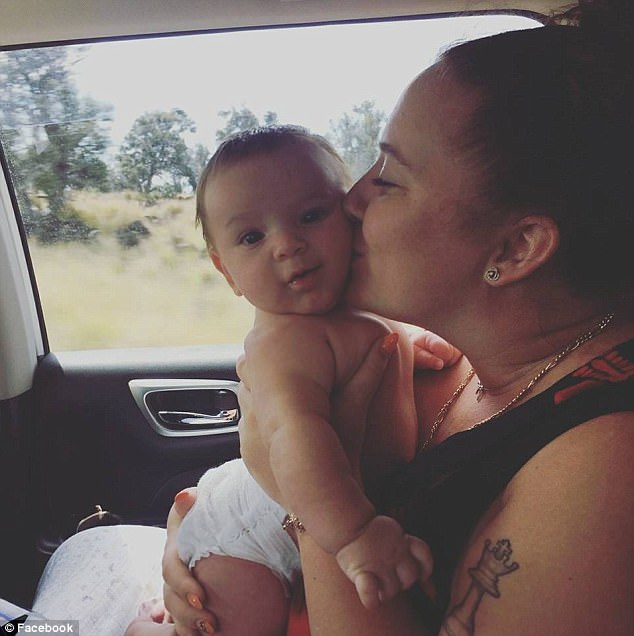 Worth it: Since giving birth to baby Isiah, she has been on a weight loss journey (both pictured) 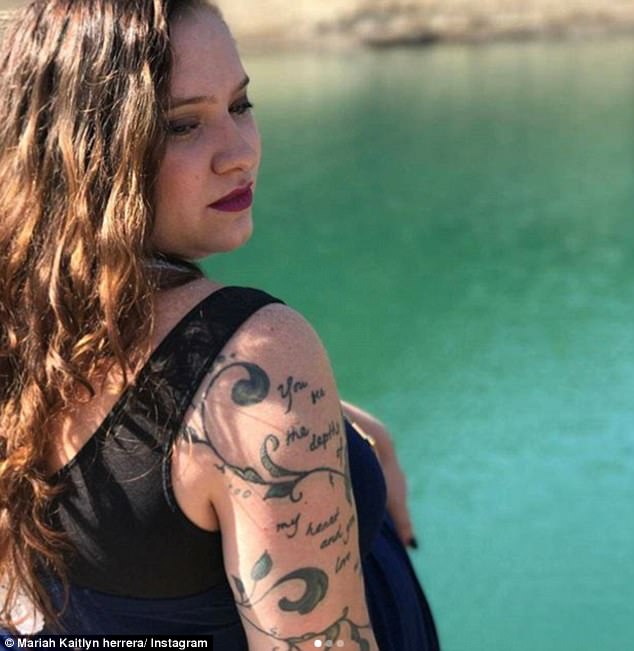 Good news! Although Mariah was afraid of the scale, she ended up finding out that she’s lost 47lbs since giving birth last March

‘SERIOUSLY these should come with every scale! Completely changes how I feel about stepping on the scale especially because I know I’m working on myself,’ she captioned the snapshot.

She told Buzzfeed that after sharing the note online she received tons of messages saying it had inspired them the same way it inspired her.

‘The note meant the world to me,’ Mariah said. ‘It immediately erased all my fears.’

And even though the new mom had been dreading stepping on the scale, it ended up giving her good news; Mariah shared on Instagram that she has lost 47 pounds in the five months since giving birth, and plans on continuing her weight loss journey.