Oreo the raccoon, who was the inspiration for Guardians of the Galaxy movie character, dies

Oreo the raccoon, who was the inspiration for Guardians of the Galaxy movie character, dies

The raccoon that served as the real-life inspiration for Marvel hero Rocket Raccoon in the Guardians of the Galaxy films has died.

Oreo the raccoon was used to help animators at Marvel Studios capture natural movements and behaviours of the species when they created Rocket.

The ten-year-old raccoon, who lived at a farm centre in Portugal, died after a short illness, his owners wrote on Facebook.

Fan fave: Oreo the raccoon, who died on Thursday, is seen with Guardians of the Galaxy director James Gunn at the premiere in London in 2014 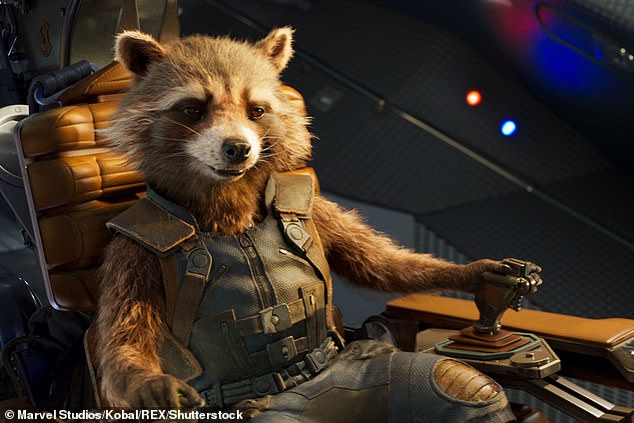 Oreo was used to help animators at Marvel Studios capture natural movements and behaviours of the species when they created Rocket, an anthropomorphic raccoon voiced by Bradley Cooper.

The Marvel character Rocket is an anthropomorphic raccoon, voiced by Bradley Cooper in the Guardians of the Galaxy and Avenger films, and a fan favourite.

Oreo won the hearts of Marvel fans around the world when he walked the red carpet at the London premiere of the first Guardians of the Galaxy film alongside director James Gunn in 2014.

Yesterday, Oreos owners at Quinta Layla wrote: ‘We have only the saddest news today.

‘Our hearts are broken as we have lost our best friend, our Guardian of our Galaxy Mr Oreo Raccoon.

‘Oreo passed away in the early hours of this morning after a very short illness. Many thanks to our wonderful vets for their compassion and care. 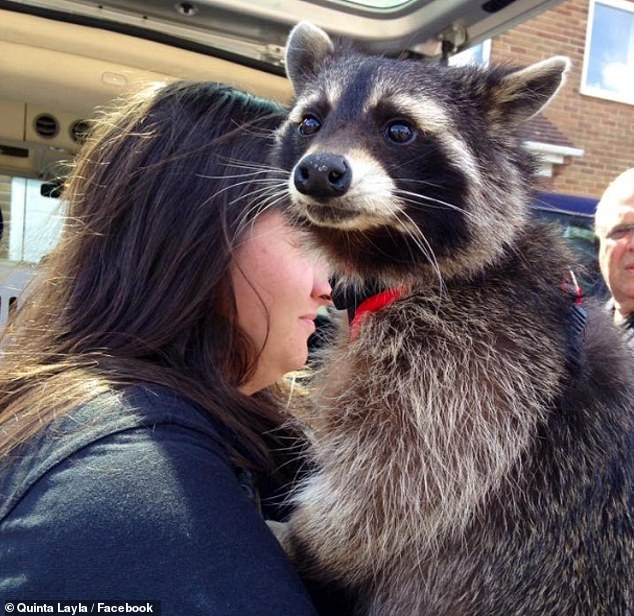 Loved: Oreo, who lived on a farm in Portugal, died after a short illness, his owners said 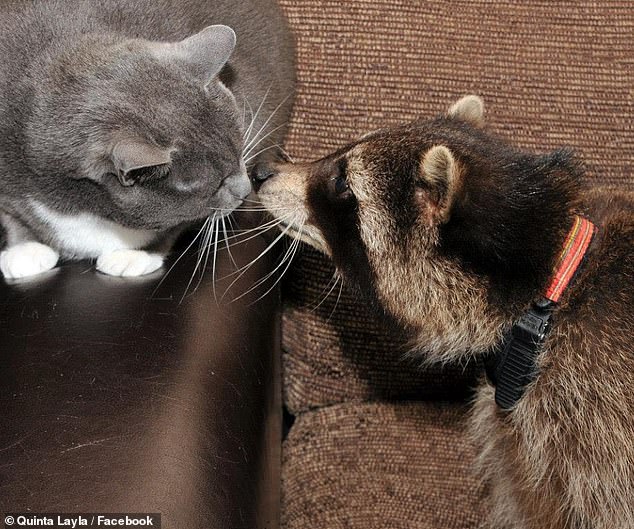 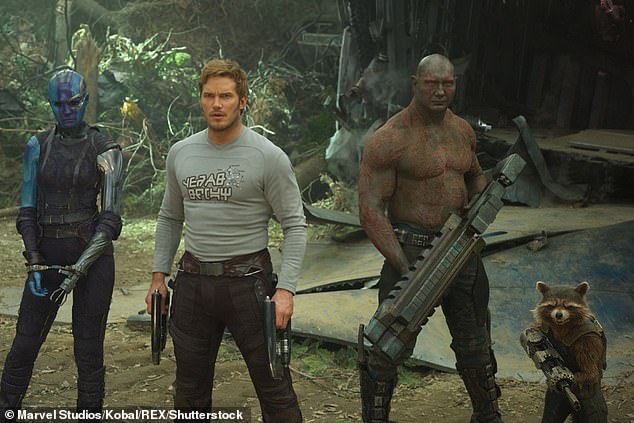 The animated character Rocket, voiced by Bradley Cooper, is seen next to co-stars Karen Gillan, Chris Pratt and Dave Bautista in Guardians Of The Galaxy Vol. 2

‘Oreo you made so many people’s lives happy. You have been an amazing ambassador for raccoons everywhere.

‘You loved all people of all ages and other animals too and were never phased by anything be it a walk down the red carpet as Rocket Raccoon, a trip to a hospice to visit a sick child or anything else that came your way. You just enjoyed everything and it showed.

‘You instinctively knew when to calm, when to be bouncy and we never worried that you would do the wrong thing because you never did. You were perfect.’

The owners revealed they had chosen Oreo out of a litter of little raccoons ten years before as he was the one who had been the first to approach them.

‘This is so hard special little man, we wanted you to live forever but never as you have been the last few days.

Have fun up there over the Rainbow Bridge my darling. I hope, no I know they will all love you as much as we do. We will miss you so, so much. Fly high Oreo, our super hero, love you lots like jelly tots.’