A man has been sentenced to life in prison for shooting a Florida wildlife officer and then attempting to run him down with his own patrol boat.

He was convicted for the August 2015 open-water gunfight with Florida Fish and Wildlife Conservation Commissioner Officer David Brady in Panama City, Florida.

Samuel Reager, pictured at the time of his arrest, has been sentenced to the natural term of his life plus 45 years 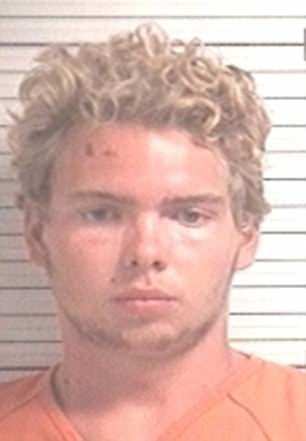 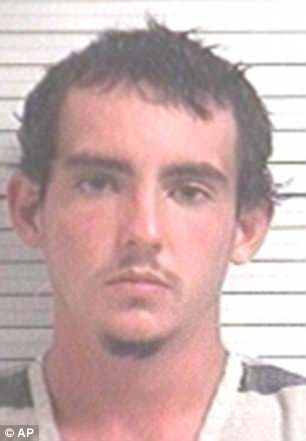 Reager then stole Brady’s patrol boat and attempted to run over him with it before fleeing with his co-defendant, Lachlan Akins, now also 22.

Akins struck a plea deal for five years’ probation in exchange for his testimony.

It was reported at the time of the incident that Brady had approached a sailboat with the pair on board in St Andrew Bay, after calls about a disturbance.

When Brady asked to see identification, Reager, went into the cabin, returned with a handgun and began firing at Brady,

The officer jumped into the water and began firing back, hitting Reager in the hand.

Reager and Akins then boarded the officer’s patrol boat and tried to run him over several times,

They then ran the boat aground near the Cove neighborhood of Panama City, triggering a massive manhunt.

Brady, who was wearing a bullet-proof vest, was hit twice during the exchange and was taken to hospital.

Reager was convicted February 9 of first-degree attempted murder on a law enforcement officer. 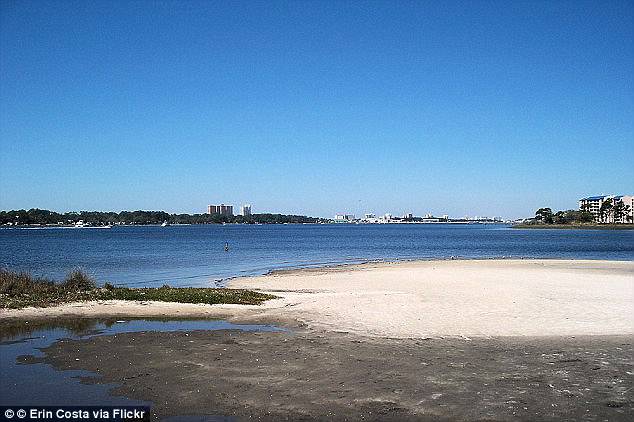 He did not speak during the sentencing, staring blankly into the distance as his father and Brady’s family members addressed the court, the North West Florida Daily Times reported.

Prosecutor Larry Basford said: ‘But for Dave Brady’s training, his quick actions that day, this bulletproof vest and the U.S. Coast Guard, he too would have been another dead officer.

‘Because there is one person who did everything he could to try and take Dave Brady’s life.’

It was reported that Reager’s sentences are consecutive, so if the life sentence is overturned for any reason, he would begin serving the 45-year sentence with no credit for time served.

His father, Wyndham Reager, gave an emotional plea for leniency and apologized to Brady’s family for what happened

‘Since no one else lost their life, I don’t see why my son should lose his life,’ he said.