Oscar De La Hoya’s highly-anticipated return to the boxing ring will not be an exhibition fight with ‘The Golden Boy’ and Vitor Belfort to compete in eight two-minute rounds.

The 48-year-old boxing legend will take on former UFC champion Belfort at Staples Center in Los Angeles on September 11.

Many expected the fight to just be an exhibition, similar to some recent events involving retired boxers who were making their returns to the ring after a long time away. 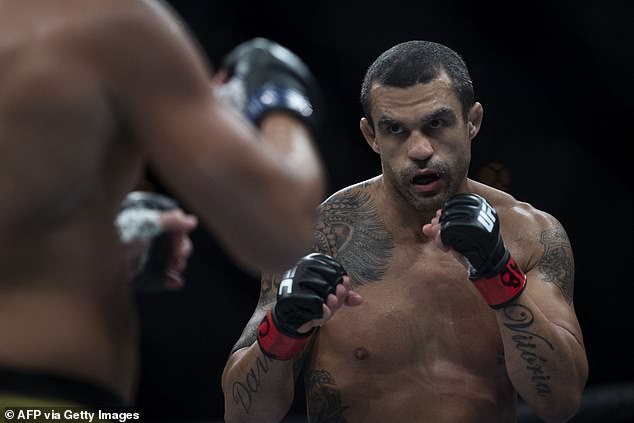 However, according to The Athletic, the head of streaming site Triller and the California State Athletic Commission have both confirmed their encounter will be a real fight.

De La Hoya and Belfort will compete in eight two-minute rounds and will both weigh in around the 180-pound mark.

Triller’s co-founder Ryan Kavanaugh insisted De La Hoya was the one who wanted the fight shifted away from being an exhibition.

He said: ‘Oscar is the one who said “I’m in the best shape of my life, f**k this exhibition B.S. I’m going for real.” None of this ballroom dancing boxing has had to endure. Both of them are in incredible shape.’

De La Hoya posted some training footage on Instagram on Wednesday and he appeared to be in great shape with less than two months to go until fight night.

Alongside the short film of him working on the bag, he wrote: ‘Just a little warmup before I worked hard and smart, as my training progresses I’m feeling faster and my timing is on point. 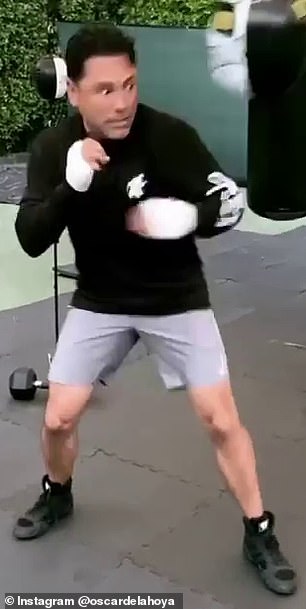 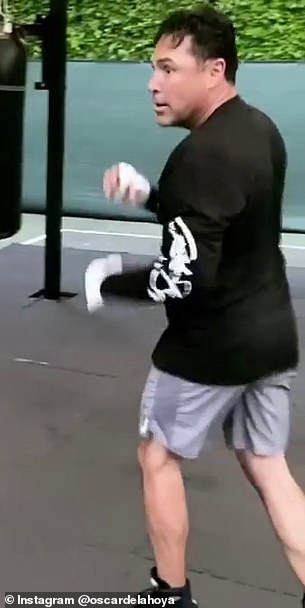 ‘Weighing in at about 186 right now will drop 10 pounds by fight Sep. 11 age is just a number kids, when people tell me that I’m too old I respond by letting them know that the mind is a very powerful tool when prepared mentally and physically.

De La Hoya has not fought since suffering a brutal loss by Manny Pacquiao in 2008 and in the years since has been running his own Golden Boy promotional stable.

Belfort has had more recent experience, fighting in the UFC back in May 2018 when he was beaten by Lyoto Machida.

Despite his background being in MMA, Belfort has won the only professional boxing fight of his career. He knocked out Josemario Neves back in 2006.

But it is thought De La Hoya already has his sights set on future opponents and wants a fight with UFC’s Anderson Silva before hoping to prove himself in a rematch with Floyd Mayweather, who he lost to back in 2007.