Oscar-winning director Peter Jackson is set to reveal the secret history of the iconic Dambusters raid in a film remake after purchasing the rights to previously declassified information.

The new movie will include details that had previously not been featured, as they had been protected by the Official Secrets Act.

The original 1955 film, starring Richard Todd and Michael Redgrave, told of the Operation Chastise which set out to destroy three dams deep within Germany’s Ruhr valley in order to set back the Nazi’s war effort, a task that was thought near impossible.

However Mr Jackson has now said the movie was a ‘romanticised’ portrayal and skipped out on vital details due to the secrecy act that was in place.

He has now confirmed his plans for a remake after trying to get the project off the ground for almost ten years.

‘We are clinging on to the rights for The Dam Busters and we have them for another year or two,

‘It’s just a great story. It’s always been a great story. But it’s an even greater story now than it was in 1955 because back then there was still so much of the story that was under the Official Secrets Act.

‘They couldn’t show the bomb spinning because the fact that they applied backspin to the bomb to make it jump on the water was still a state secret.

Speaking to the Telegraph, Mr Jackson added: The film had a slightly romanticised view of what happened. It’s reasonably accurate but the real story is so much more interesting. It’s a story of politics, of ingenuity and peril, and it’s also a story about trying to make a weapon to destroy these dams and that cost an awful lot of money.

‘You see some of that in the original movie but there’s a lot more that took place and that’s as much of an interesting story as the actual raid itself.’ 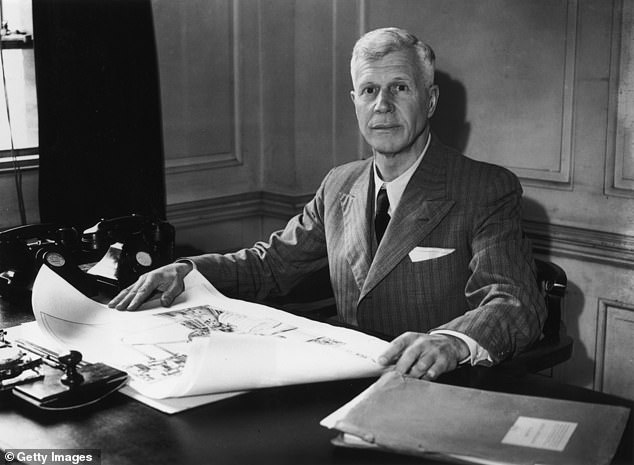 Mr Jackson has bought the rights to James Holland’s bestseller, Dam Busters: The Race to Smash the Dams, which includes declassified information unavailable in the Fifties.

Author Mr Holland is credited as a historical adviser on the project. He told the Daily Telegraph: ‘All the actual science of it was kept secret in the Fifties. What they were actually dropping was a depth charge, not a bouncing bomb.

‘The idea is that it bounces, hits the wall of the dam, rolls down until it sinks to a certain point, then there is a timing fuse so that by the time it has sunk it explodes. And at the moment of explosion it has the right amount of depth to create this weight of water pressure above it, which will exacerbate the explosion and do enough damage. 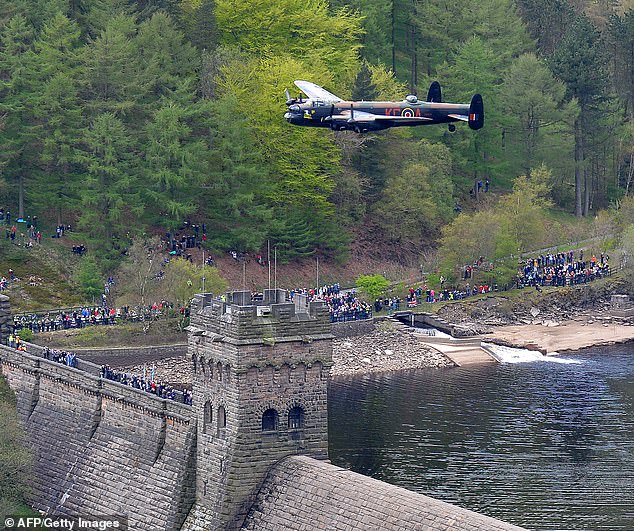 ‘In the film you see them flying low and it all looks like fun. But the whole process of getting deep into the heartland of Germany at night in a 102 ft wide, 30-ton machine with a four-ton rotating bomb underneath is almost impossible and [in the film] none of that comes through.’

He also added that the 1955 film was ‘terrific’ but contained many small inaccuracies.

‘Barnes Wallis is portrayed as this brilliant amateur fighting against a brick wall of desk wallahs, and it just wasn’t like that. Some people were all for it and some were against it. That is really important and one of the brilliant things about the British in the Second World War – there were lots of enlightened people prepared to back crazy ideas in the interests of furthering the war effort.’

‘At every turn the drama, the excitement, the machinations, the two steps forward and one step back is better than the film and better than most people think.’

The history behind the Dambusters raid

On May 16, 1943, 19 Lancaster bomber crews gathered at a remote RAF station in Lincolnshire for a mission of extraordinary daring – a night-time raid on three heavily defended dams deep in Germany’s industrial heartland.

The dams were heavily fortified and needed the innovative bouncing bomb – which bounced on the water over torpedo nets and sank before detonating.

The Sorpe dam was also attacked by two aircraft and damaged.

Up to 1,600 people were estimated to have been killed by floodwaters and eight of the 19 aircraft dispatched failed to return with the loss of 53 aircrew and 3 taken prisoner of war.