Life in plastic – not so fantastic! Rachel Weisz leads the worst-dressed stars on the red carpet at the 2019 Oscars in a bizarre RUBBER top, while others suffer fashion flops with bizarre bows and poofy pinks

It wouldn’t be an award show if the red carpet wasn’t littered with a host of stunning gowns and dapper suits – and of course the very worst in horrendous fashion flops.

And the stars arriving at this year’s Academy Awards certainly didn’t disappoint when it came to both the style highs and lows, with an impressive number of attendees making disastrous fashion faux pas.

From ridiculously-large bow embellishments to a seemingly never-ending number of trashy waist-high slits, there were no shortage of sartorial nightmares to balance out the fashion dreams on the carpet at the Dolby Theater in Los Angeles.

Goodness: Rachel Weisz led the worst-dressed stars at the 2019 Oscars, wearing a bizarre red dress that featured a rubber top, and a very unflattering waistline

Accessories: The 48-year-old, who is nominated for The Favourite, also added a tacky hairpiece to her look 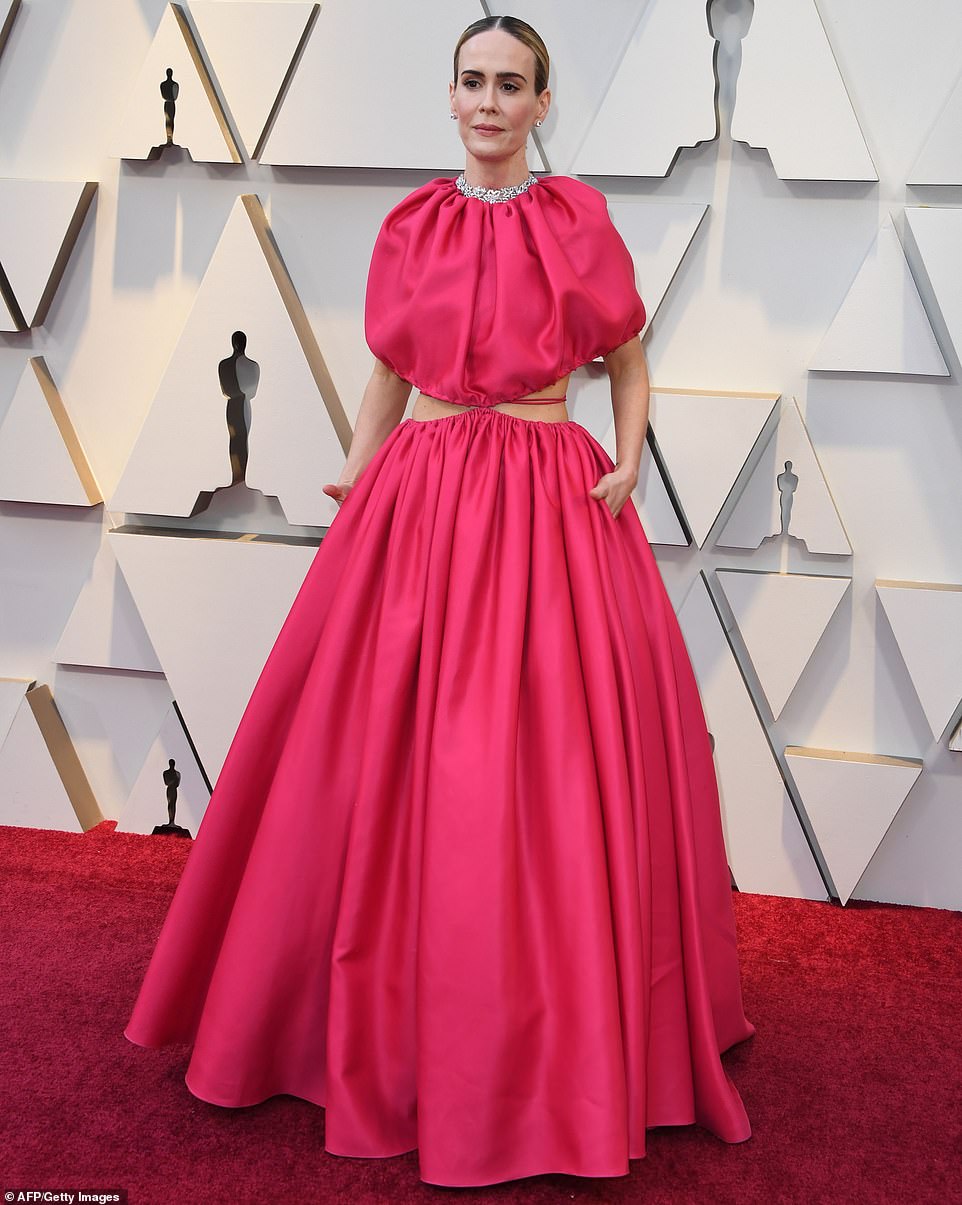 Puffed up: Sarah Paulson made a very rare red carpet faux pas in her cut-out pink dress, which seemed to have a strange string tied around the mid section 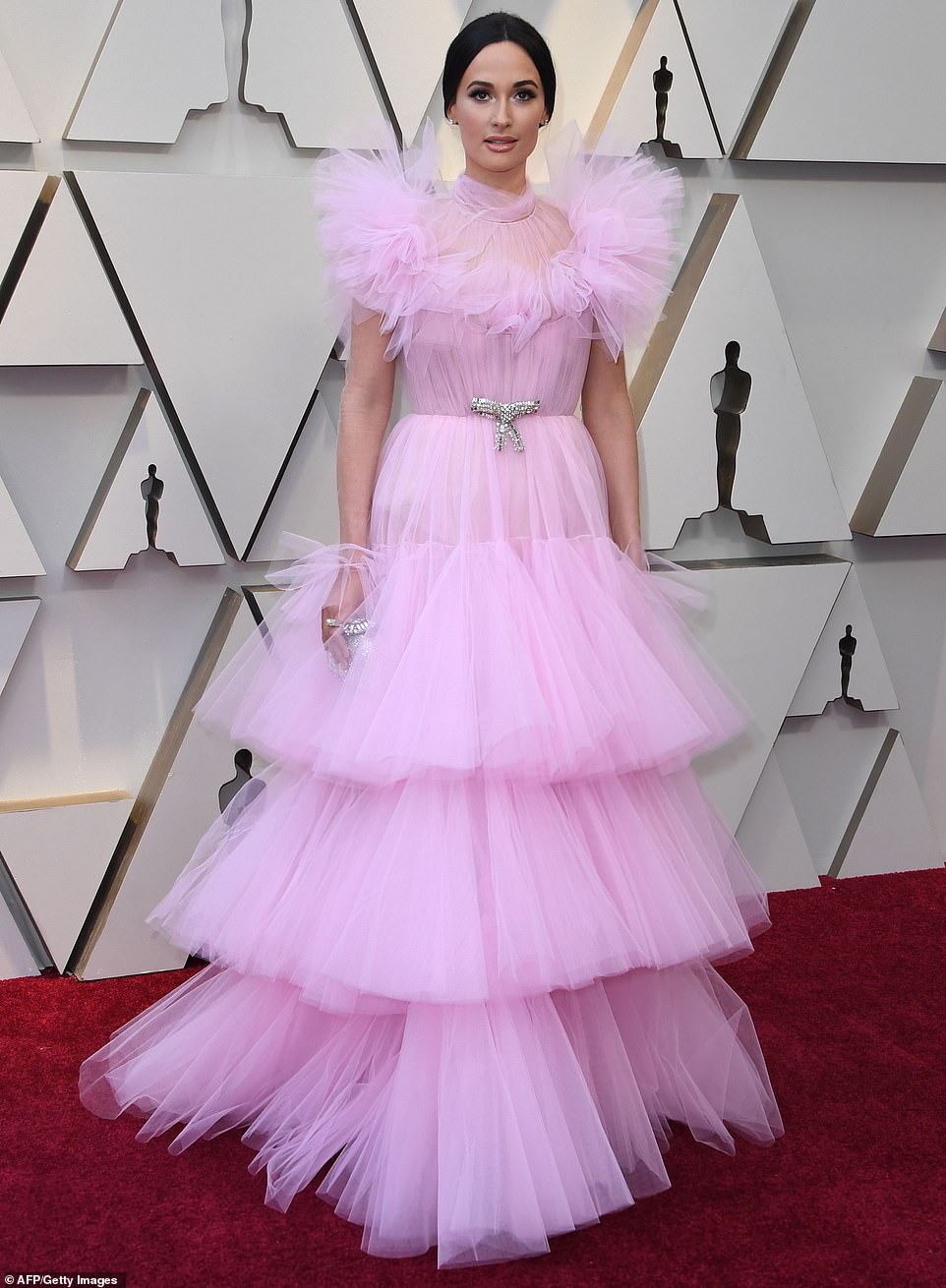 Poofy in pink: While large pink gowns seemed to be one of the most popular trends on the red carpet this year, Kacey Musgraves took the look to far by adding a trashy embellished bow and bizarre tutu bracelets to her look 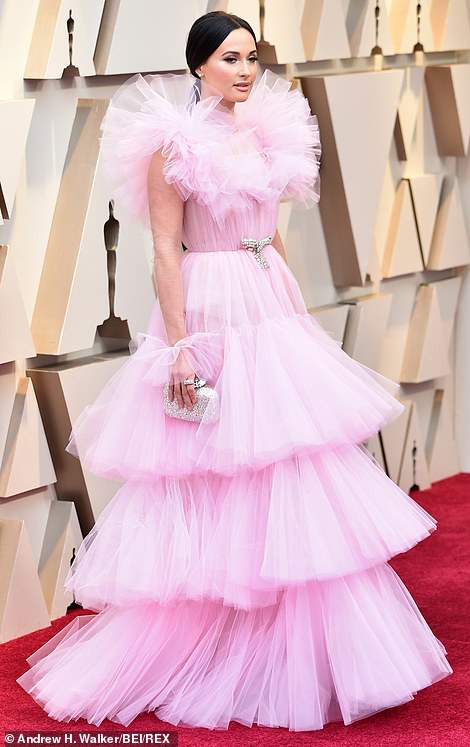 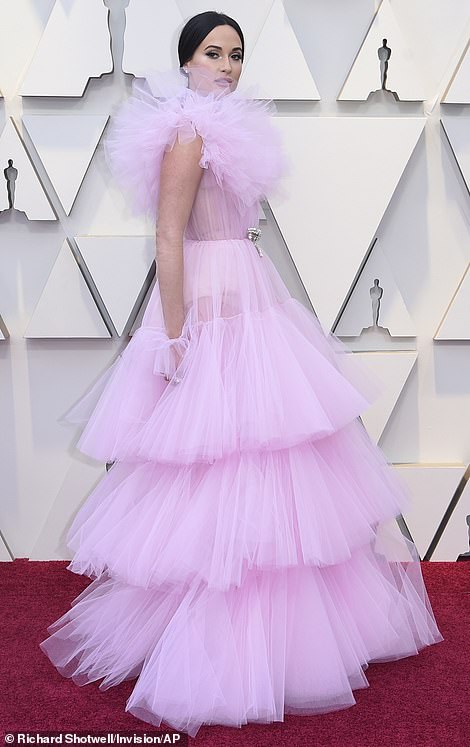 Saucy: When Kacey turned to the side she flashed a hint of her underwear beneath the sheer tulle number, which was far too sickly sweet to pass for stylish 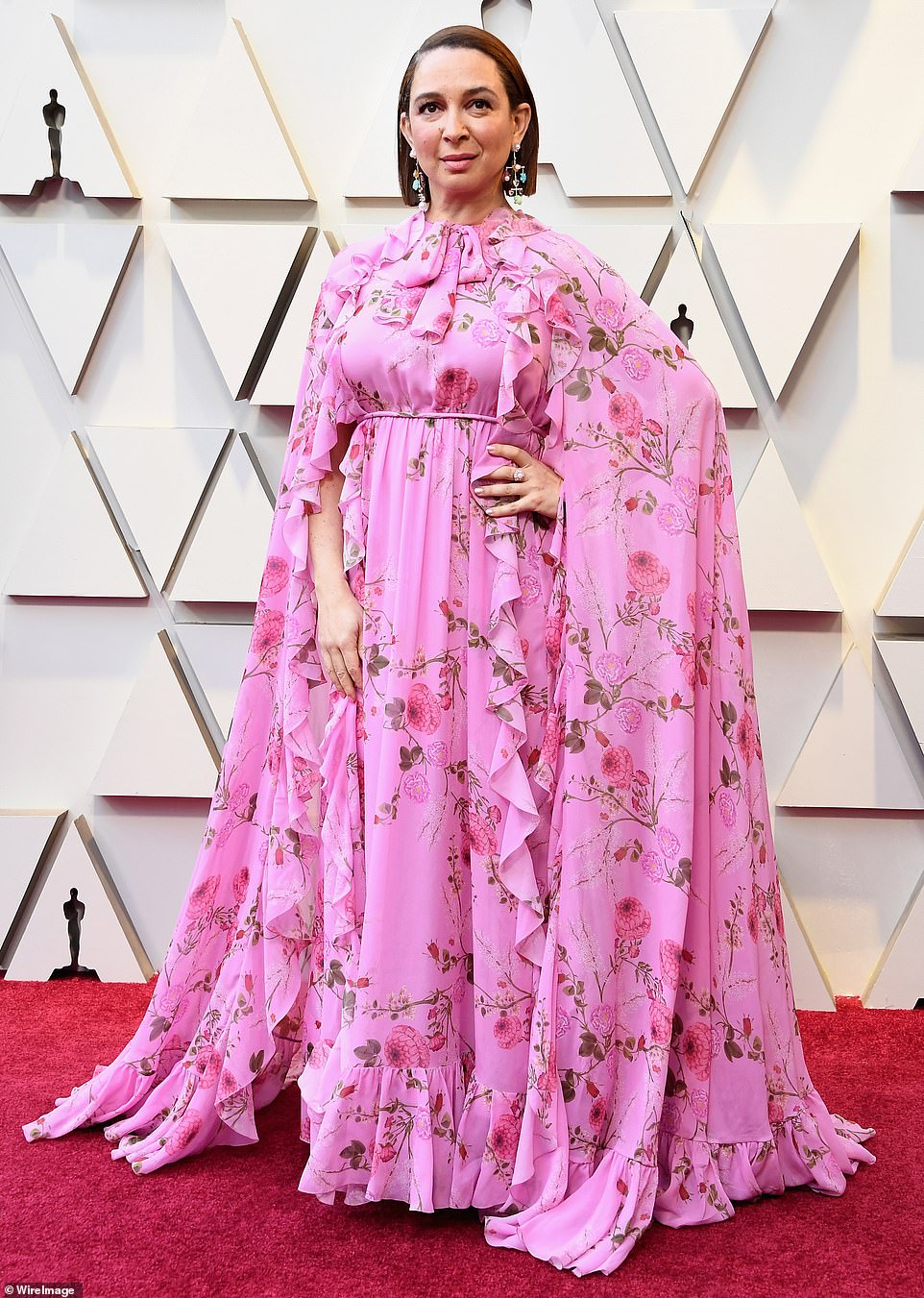 What the frock: Maya Rudolph’s pink floral dress was incredibly over-the-top. Not only did the excessive amount of material swamp her body, but the vibrant pattern also did little to please the eyes 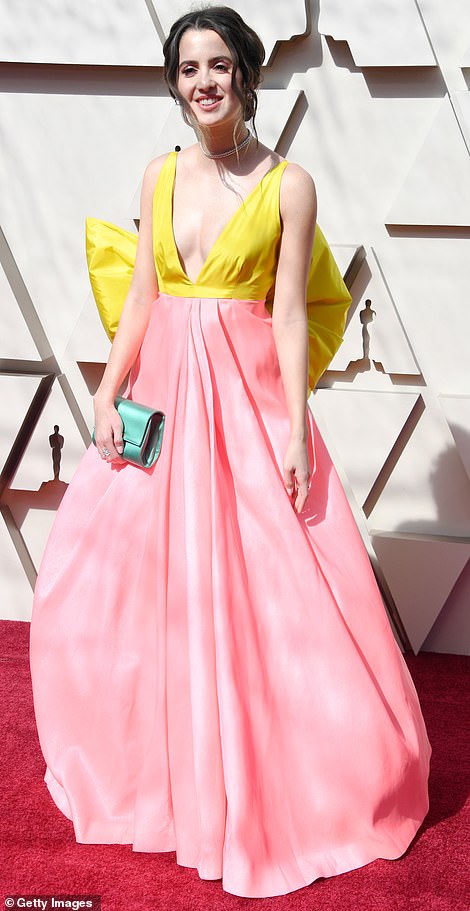 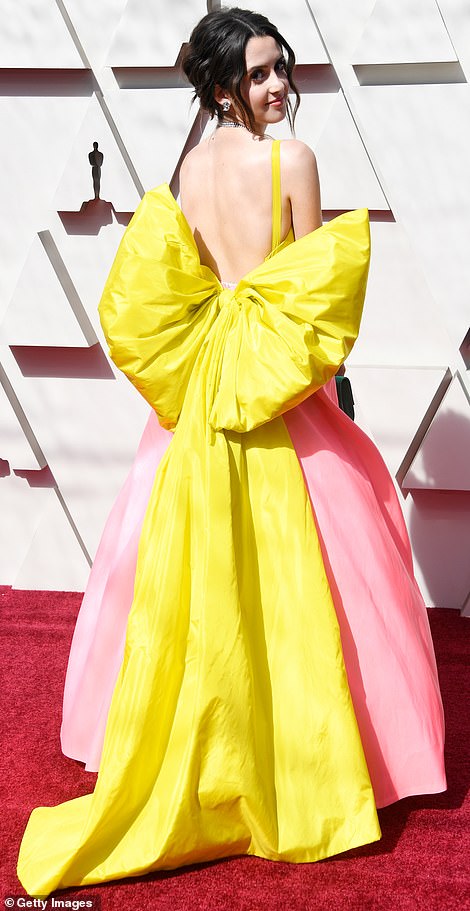 Color catastrophe: As if the garish neon colors of former Disney star Laura Marano’s dress weren’t over-the-top enough, it also featured an incredibly large, attention-grabbing bow on the back 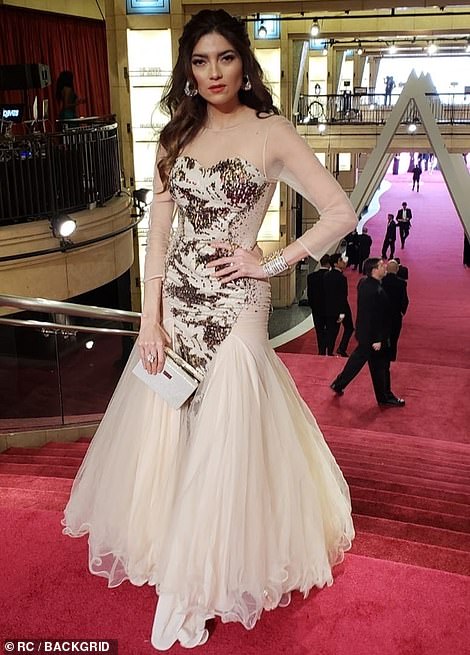 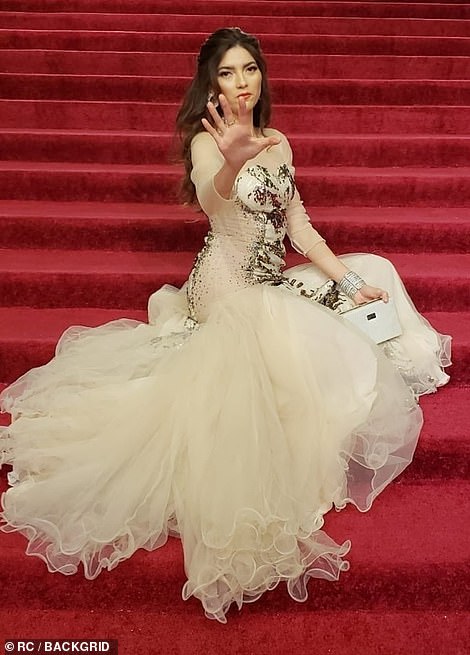 Oh dear: Not only was aspiring actress Blanca Blanco’s dress incredibly unflattering – she also appears to have tripped on it while walking up the stairs 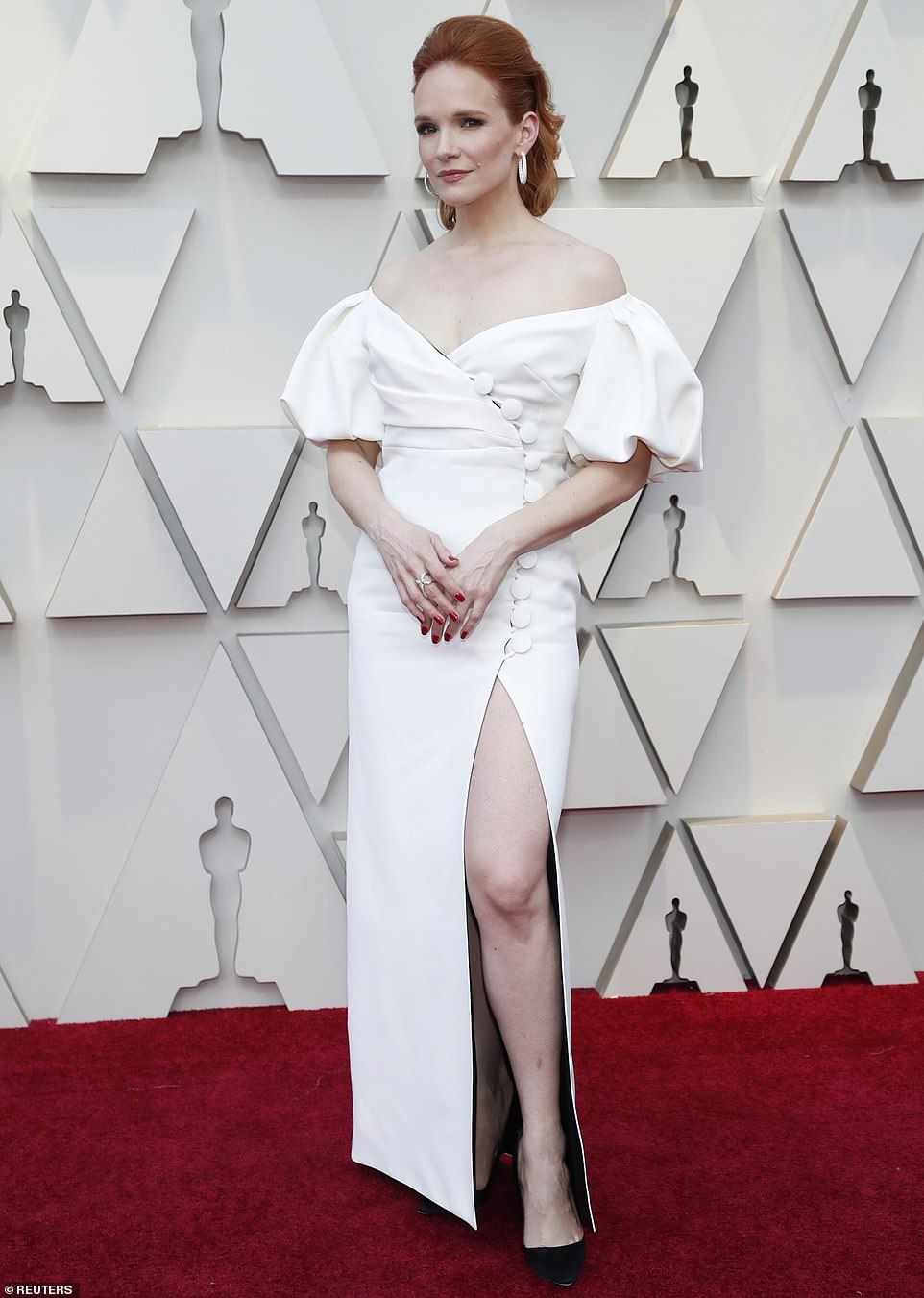 Boxy: Marianne Farley was another star who fell prey to the extreme split, which left her rather blunt-hemmed dress looking more trashy than terrific

All wrong in all white: Lebanese director Nadine Labaki (left) hit a bum note in her dress, which looked as though it was bright white before being washed too many times, while Diane Warren’s suit featured far too much bling, and not enough tailoring 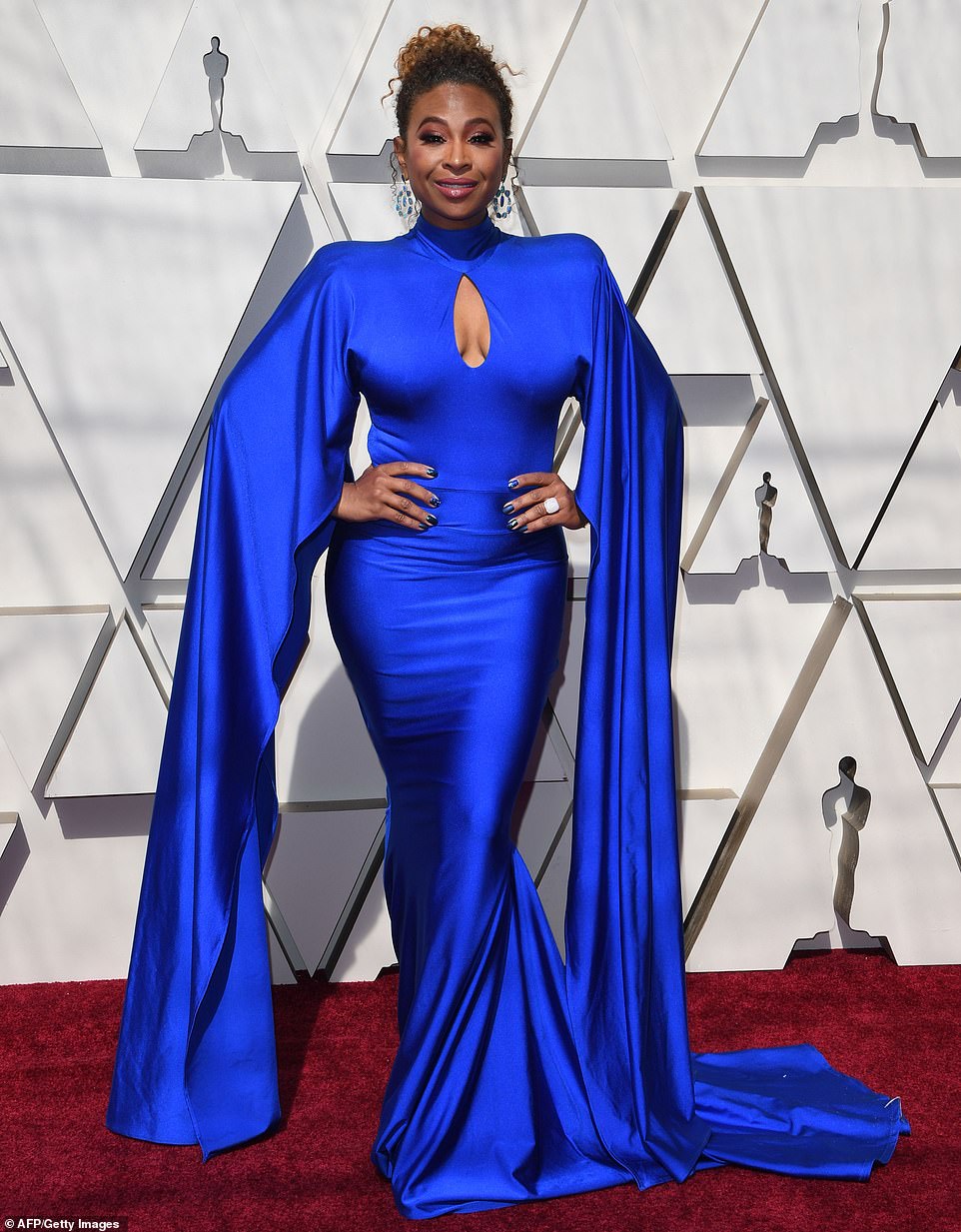 Feeling blue… TV host Tanika Ray’s bright blue gown was beautiful in terms of the color, but the cheap-looking material and the bizarrely-long sleeves stole all focus from the positive elements of the design 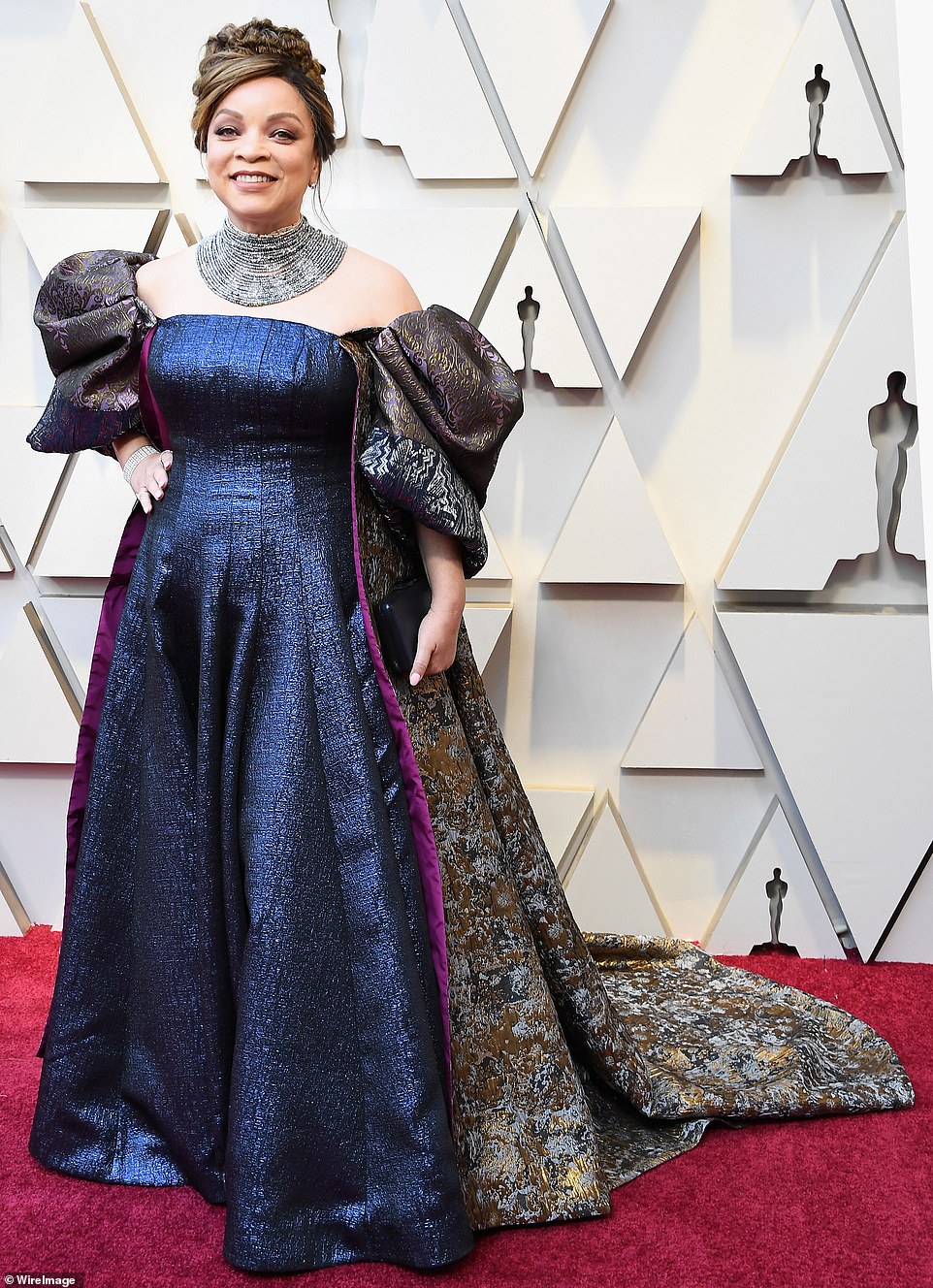 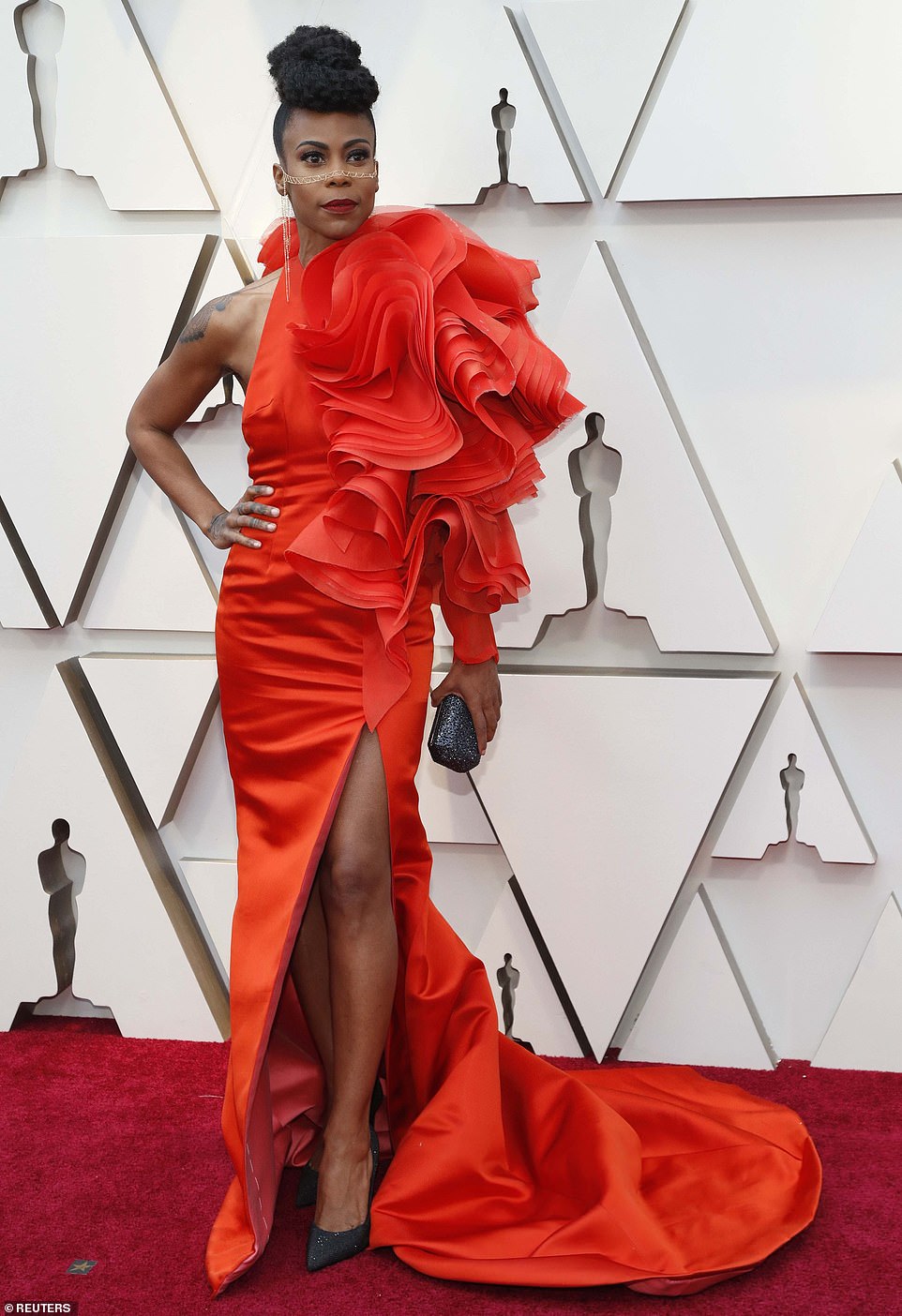 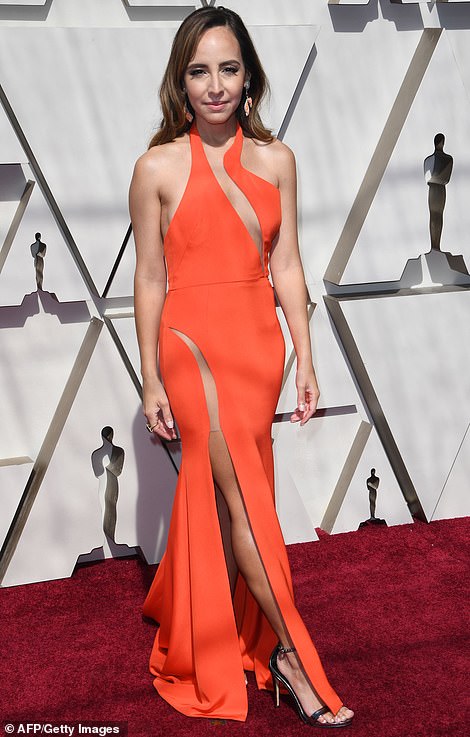 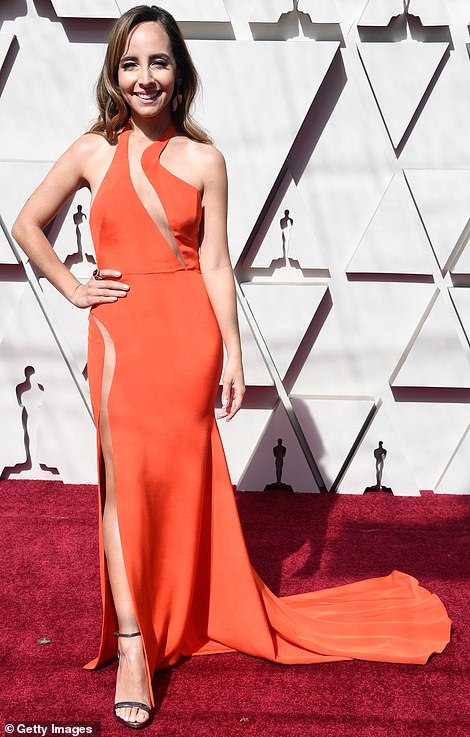 Risque business: TV host Lilliana Vazquez flashed just a little too much flesh in her saucy orange dress, which featured a split that went all the way up past her hip bone