By Peter Jenson For Mailonline

Barcelona winger Ousmane Dembele is a doubt for Tuesday’s Champions League second leg against Liverpool after picking up a hamstring injury.

The France winger was one of the only first team players to feature in Barcelona’s third defeat of the season.

But he hobbled out of the 2-0 defeat to Celta Vigo after four minutes and immediately strapped an ice pack to the back of his right thigh. 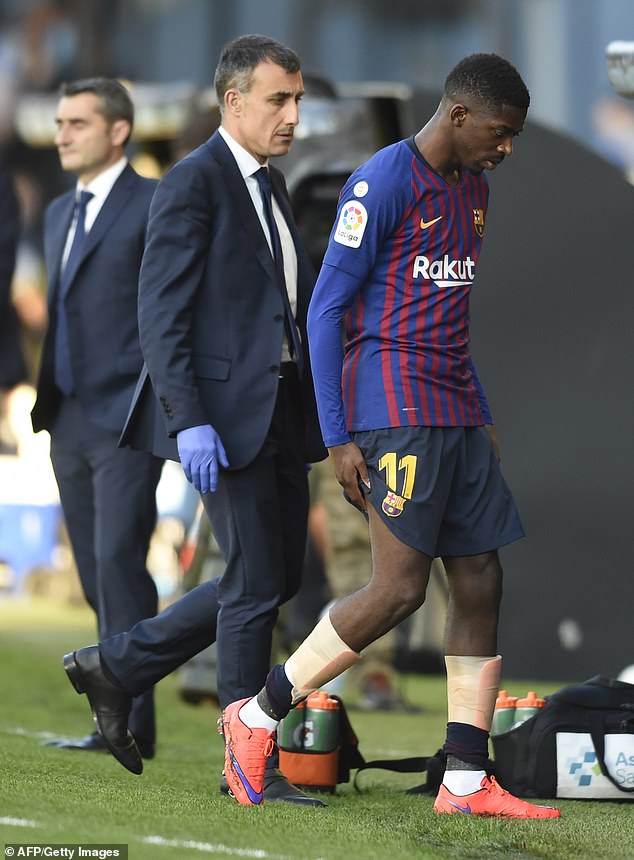 A club statement confirmed after the game that he had a right hamstring injury and would need more tests Sunday.

Barcelona were beaten 2-0 with 11 changes from their starting line-up against Liverpool.

Celta now have 40 points and should be safe in the top flight for another season.

Nestor Araujo had the ball in the net for the home side in the second half but the header from a corner was ruled out by VAR for offside.

Maxi Gomez finally broke the deadlock on 67 minutes and two minutes from time Iago Aspas wrapped things up with a penalty after Moussa Wague had handled in the area. 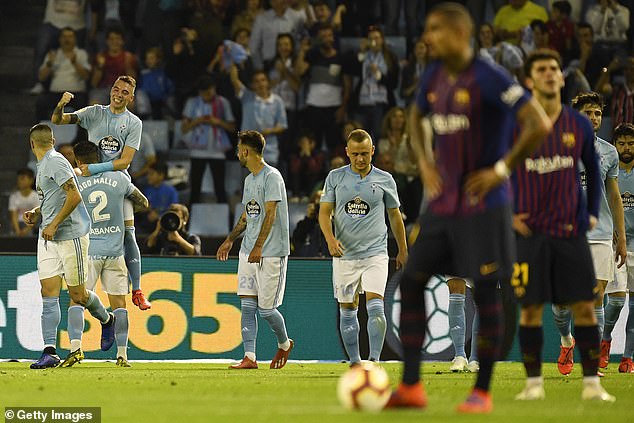 Despite now being five points from the drop Gomez, who was a West Ham target back in January, was taking nothing for granted at the end of the game.

He said: ‘We are delighted for the three points but we are still not safe.

‘There are two finals to go and we have to keep going to the end of the season.’

Barcelona’s Carles Alena said: ‘The worst news is the injuries. It’s a shame for Dembele.

‘We hope that turns out to be nothing because he is going to be important for us at the end of the season.’