Out of date Tesco milk made my baby sick, says mother

A four-week-old baby allegedly became sick after drinking out of date milk bought from Tesco.

Leah Houghton is warning other parents to be vigilant after feeding her son Reuben-Lee a bottle of instant Cow and Gate formula milk which went out of date almost four months ago.

The 23-year-old said Reuben started being sick and lethargic within hours of being fed the ready-made mix from her local store in Burscough, Lancashire. 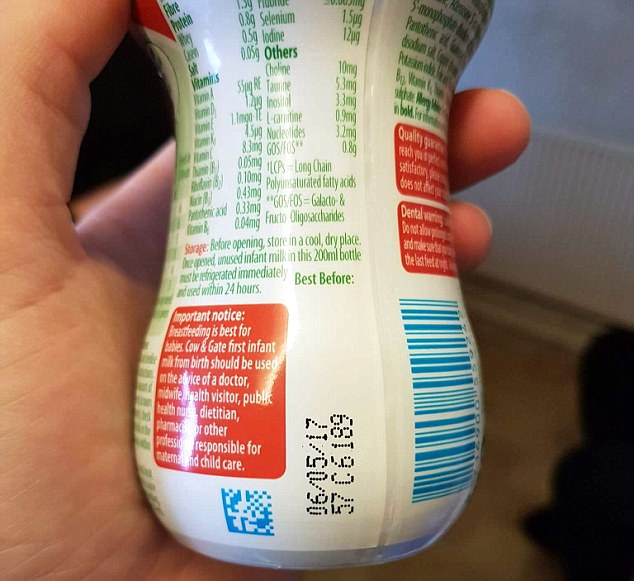 After her baby allegedly became unwell, she and her partner noticed the milk went out of date in May

‘When my partner Ben arrived home from work he happened to pick up the other bottle and noticed it had gone out of date in May,’ she said.

‘I couldn’t believe I’d already fed our baby one of the bottles.’

The coffee shop manager immediately rang her health visitor who told her if the tot’s condition deteriorated she should take him A&E. 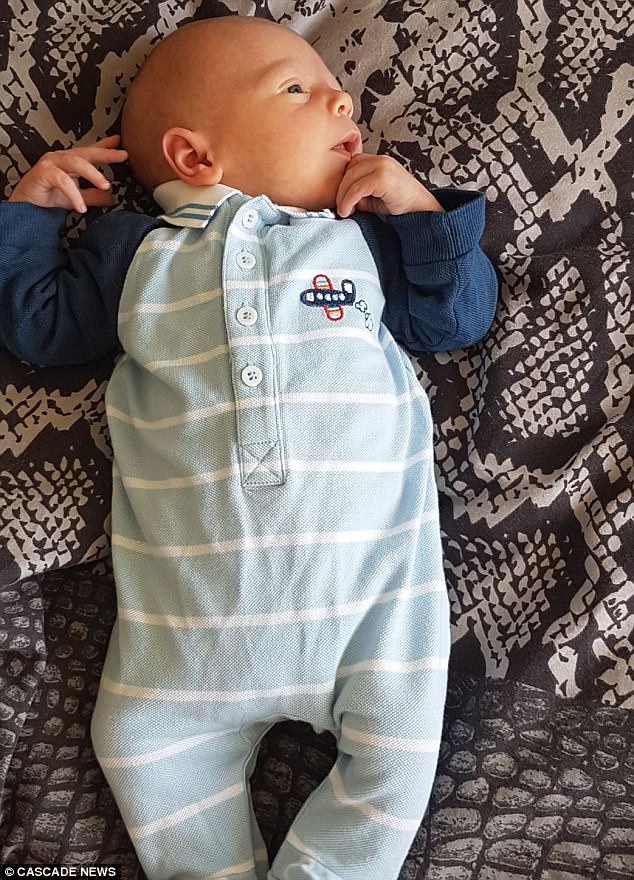 She took her receipt back to the Tesco in Lancashire, where she was refunded 75p

‘She told me the symptoms could worsen over the next couple of days and that I should keep a careful eye on him,’ she said.

After taking the remaining bottle with the receipt back to the store the mum was offered just a 75p refund and some nappies as an apology.

‘I took the milk back to the store and the manager told me someone would be in touch.

‘I received a call the next day to say they were very sorry and that they were looking into issue of stock rotation in store. 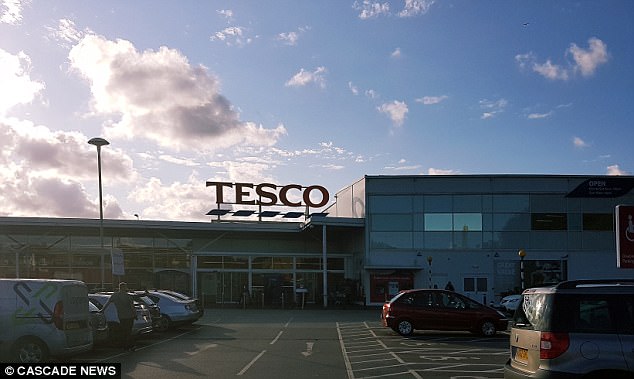 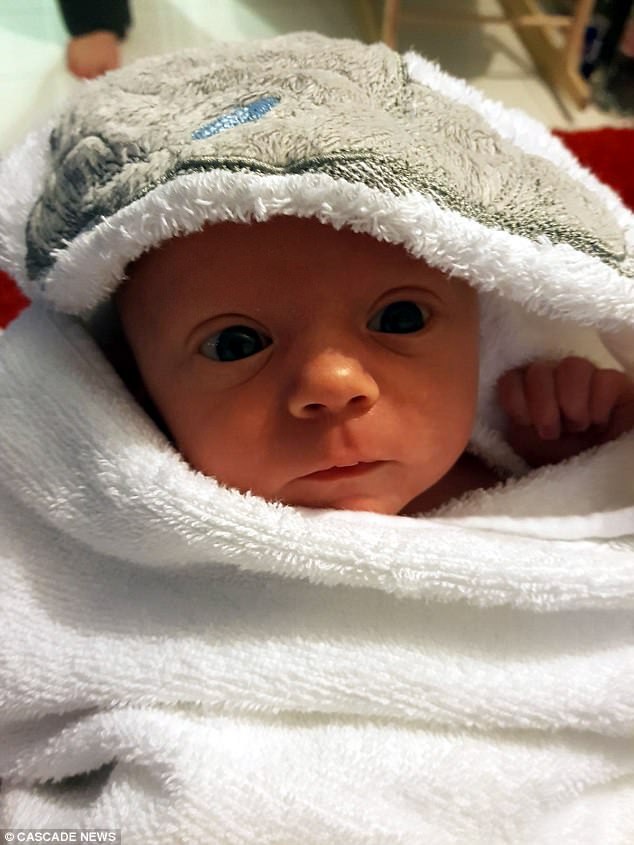 ‘I was then told that they had spoken to head office who had agreed to give me a refund for the unopened bottle of 75p and that if I came into the store they would give me a pack of nappies.

‘I couldn’t believe it – they didn’t even offer me a refund on the bottle he had already drunk.

‘As a new mum you are constantly told about the risks of infection to newborn babies as their immune system hasn’t developed.

‘You’d expect a company like Tesco to make sure their baby products are checked properly to ensure they are safe and in date.

‘I want to warn other parents to make sure they check before giving their baby milk as it could have been a much more serious result.

‘Thankfully Reuben seems to be recovering and hopefully won’t suffer any lasting problems.’

A Tesco spokesperson said: ‘We are surprised to hear about this complaint as we work hard to provide the highest standards of food safety and have robust procedures that regularly check the dates of our baby milk products.

‘However as we take all complaints seriously we have double checked the baby milk on the shelves of our Burscough Bridge store so customers can be sure it is all in date.’