Chase Stokes was seen stepping out for dinner with Madelyn Cline in West Hollywood on Thursday evening.

The Outer Banks co-stars appeared to be enjoying their time together as they arrived at Catch LA to share a meal with the 23-year-old actress’ family before hopping into a car and driving off.

The performers have been dating since April of last year, and they went Instagram official with their relationship two months later.

Better together: Outer Banks costars Chase Stokes and Madelyn Cline were seen stepping out for dinner at Catch LA in West Hollywood on Thursday evening

Stokes kept it casual during his outing, as he wore a black hoodie underneath a varsity-style jacket that featured a Los Angeles Lakers patch on its upper left side.

The 28-year-old actor complemented his tops with a pair of cuffed blue jeans and a set of dual-tone high-top sneakers.

Cline was dressed in an eye-catching dark orange jumpsuit that covered much of her frame, and she rolled up her pant legs at their bottoms.

Her blonde hair spilled onto her shoulders and backside during the trip, and she was seen wearing her boyfriend’s Lakers jacket as they made their way out of the restaurant. 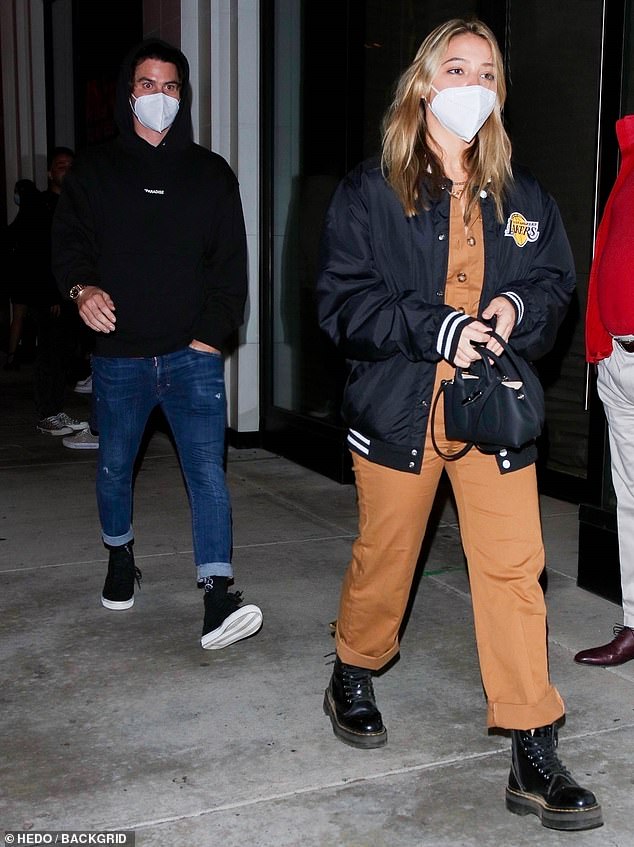 Staying safe: The couple notably wore matching white facial coverings to keep themselves protected from COVID-19 while spending time around other people 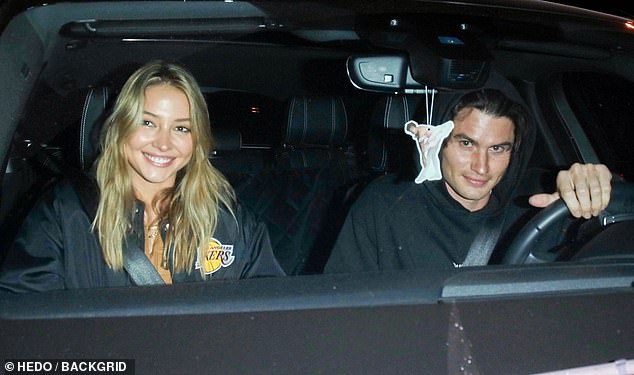 Doing their thing: The couple flashed a few quick smiles before speeding off into the night after the end of their dinner date

She also wore several gold necklaces and a pair of high-top leather boots while having a dinner date with her boyfriend.

The happy couple was seen wearing matching white facial coverings as they entered and exited the restaurant.

Cline and Stokes have been dating ever since April of last year, although they first met while working on the first season of Outer Banks in 2019.

The two notably exchanged flirty messages on several Instagram posts for the first few months of their relationship, although the pair did not confirm anything publicly for a few months.

During this period, the couple, who portray John B and his love interest Sarah Cameron respectively on the Netflix show, gave several joint interviews to promote the series. 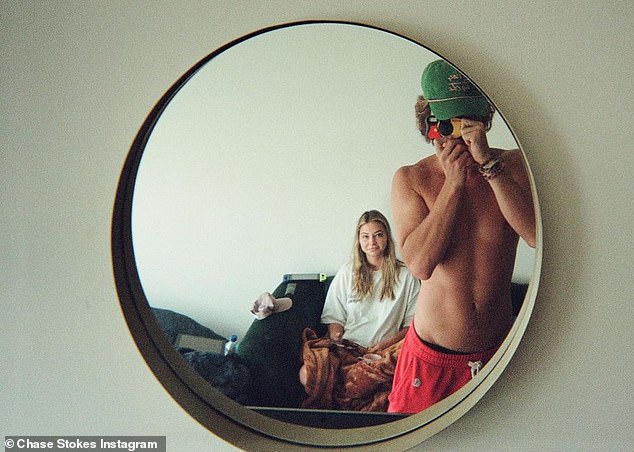 Going strong: Cline and Stokes have been dating ever since April of 2020, although they did not go Instagram official until that June

After several months of speculation, the two eventually caved into the pressure of their fans and made a public announcement regarding their relationship in June.

In the photo’s comment section, the actress made a joking reference to her character’s onscreen ex-boyfriend Topper, portrayed by Austin North.

The two have gone strong as a couple ever since then and often pop up in each other’s posts.

The performers celebrated their first anniversary earlier this year with a post made to the actor’s Instagram account where he wrote ‘365 w/u’ in the picture’s caption, with Cline responding, ‘And I’d do it again.’ 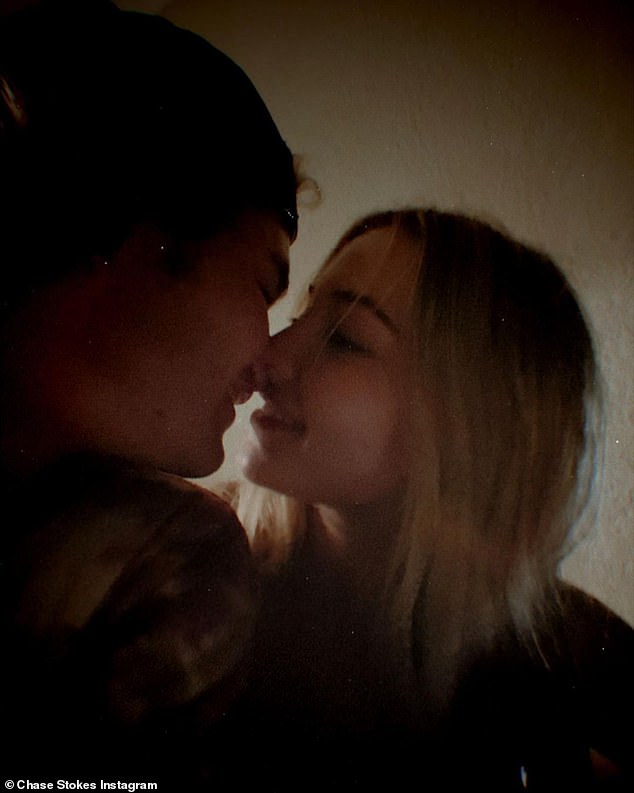 On and off screen: The real-life couple portray lovers John B and Sarah Cameron on the Netflix teen drama series

Stokes elaborated on how his real-life relationship translated to the screen during an interview with Nylon and noted that the two desired to make their connection visible to Outer Banks’ viewers.

‘Maddie…and I wanted to do justice to shows of the past and create a really authentic love experience,’ he expressed.

He also noted that the two genuinely worked hard in getting to know each other in an effort to provide the best portrayal of an onscreen relationship as possible.

‘We just really wanted to make sure that Maddie and I became good enough friends to where we knew each other and find little ticks and nuances that would make each other laugh, and make sure we translated that into the performance,’ he remarked. 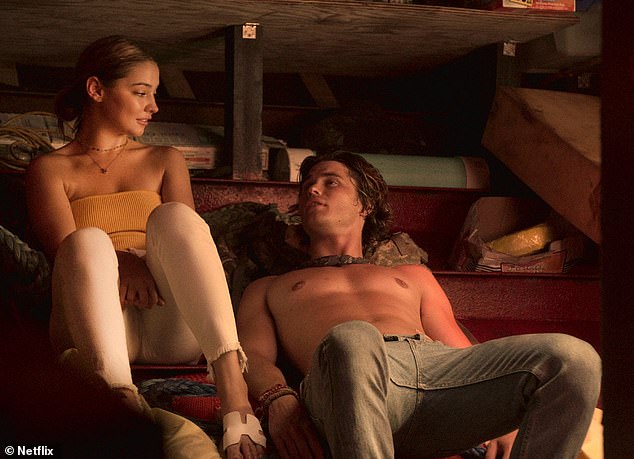 Making it work: During an interview with Nylon, Stokes expressed that he and Cline wanted to ‘create a really authentic love experience’ between their characters