Social media users have hit out at a designer duo that showcased hooded tops with names of schools affected by shooting massacres.

Bstroy – co-founded by Brick Owens and Dieter Grams – sent models down the runway in hoodies that read ‘Columbine’, ‘Virginia Tech’, ‘Stoneman Douglas’, and ‘Sandy Hook’ in their show last week, but the move didn’t go down well with many.

The tops were covered in holes, likely to evoke thoughts of bullet holes after 13 were killed at Colorado’s Columbine in 1999, 32 were killed in Blacksburg’s Virginia shooting in 2007, 27 were killed at Newton, Connecticut’s Sandy Hook Elementary School in 2012, and 17 were killed at Parkland, Florida’s Stoneman Douglas High School.

‘Profiting off of tragedy. The dudes who are gonna wearing this hoodie aren’t activists who wanna spread awareness. They’re just tryna flex. It’s all materialism, no activism,’ one person commented on an Instagram image of the clothing.

However some suggested it was a way for the designers to help the memory of those lost live on.

It prompted another person to suggest those supporting the designs in the Bstroy Season 5 SS20 SAMSARA collection were hypocritical.

The @unwantedcritic said: ‘People who say they need this are the ones who cried about Gucci’s black face and Burberry’s noose. S**ts lame.’

A note from the designers seems to explain their thinking behind the collection.

‘Sometimes life can be painfully ironic. Like the irony of dying violently in a place you considered to be a safe, controlled environment like school,’ it reads. ‘We are reminded all the time of life’s fragility, shortness, and unpredictability yet we are also reminded of its infinite potential. It is this push and pull that creates the circular motion that is the cycle of life.

‘Nirvana is the goal we hope to reach through meditation and healthy practices that counter our destructive habits. Samsara is the cycle we must transcend to reach Nirvana.’

Social media users hit out at the designers, and one called the hoodies ‘absolute garbage’

But it led to more criticism from Instagram users.

Shawn M Sherlock shared an image of herself on Twitter in reply to Owens sharing a photograph of the designers at the end of the showcase.

She commented: ‘This is my professional illustrating 14 year old niece who was murdered in Parkland. She aspired to be a designer like you. You are profiting off her death. Shame on you. Today I wear her designs cause she can’t. Remember her name – Gina Montalto.’

One person posted: ‘Children being mercilessly murdered in their classrooms isn’t a “journey of the soul”. Family members of the victims of these shootings have expressed the pain they felt over this collection. Their voices matter more than whatever pseudo-spiritual message you *thought* you were making.’ 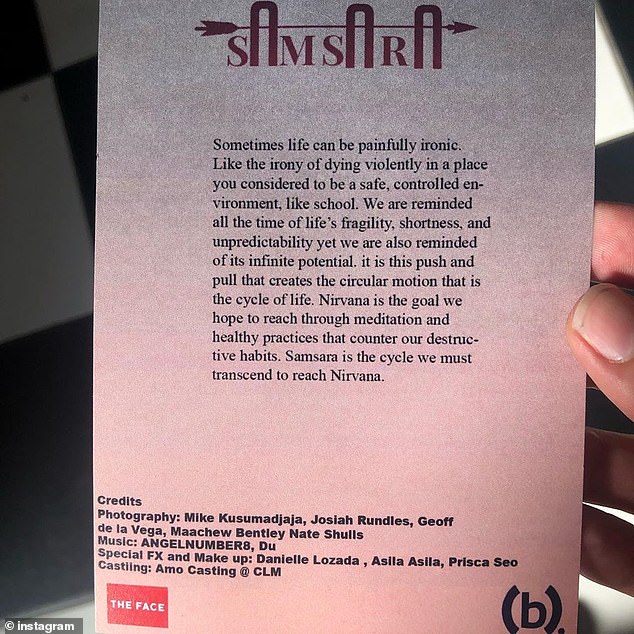 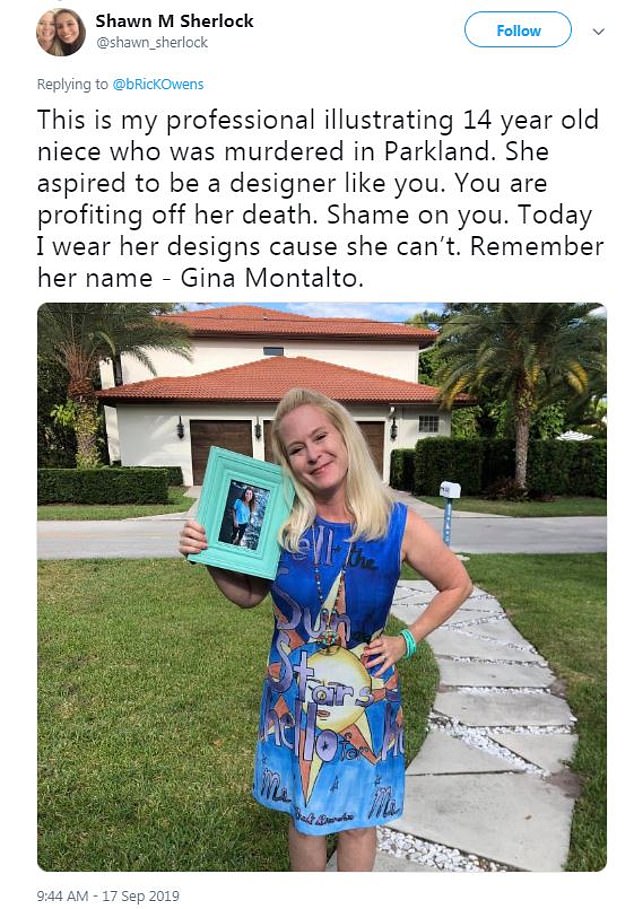 The Atlanta, Georgia designers have suggested they have no choice but to shock with their creations in able to make way in the fashion industry.

‘So if you want to do art, or if you want to be taken seriously in fashion, unfortunately you have to move to New York, Paris, or a city that’s already known for that thing. Or you have to spend your life building an infrastructure but you may never see the benefits of your work.’

Grams told The New York Times, which recently profiled them: ‘We are making violent statements. That’s for you to know who we are, so we can have a voice in the market. But eventually that voice will say things that everyone can wear.’ 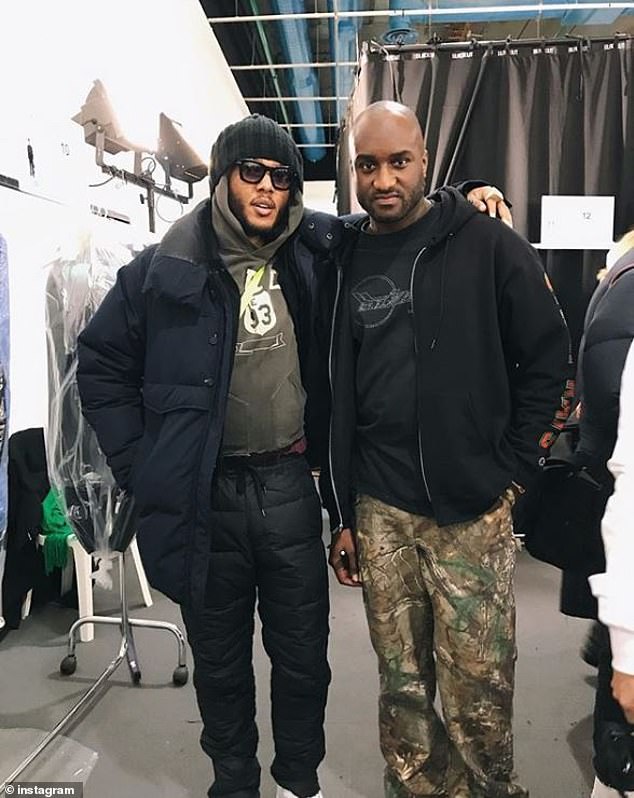 Brick Owens is pictured with Louis Vuitton Creative Director and Off-White creator, Virgil Abloh, in an Instagram image from January 2018 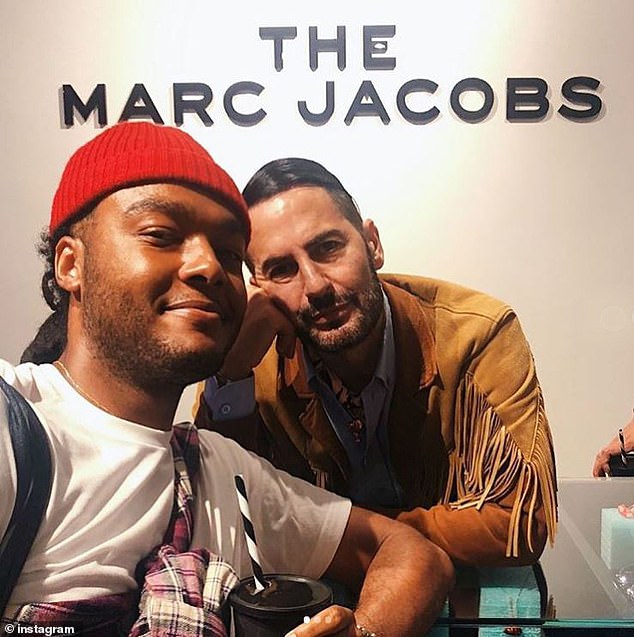