Smalls Auction is the latest to come under fire for selling photos of Hitler, as well as swastika medallions, in store on Oxford Street in Sydney’s Paddington.

Owner Mark Duff defended offering the items in his store saying museums shouldn’t be the only places ‘objectionable items’ can be seen.

Smalls Auctions on Oxford Street in Sydney is one of several dealers selling Nazi items. Its owner Mark Duff disagreed that only museums should display ‘objectionable items’ 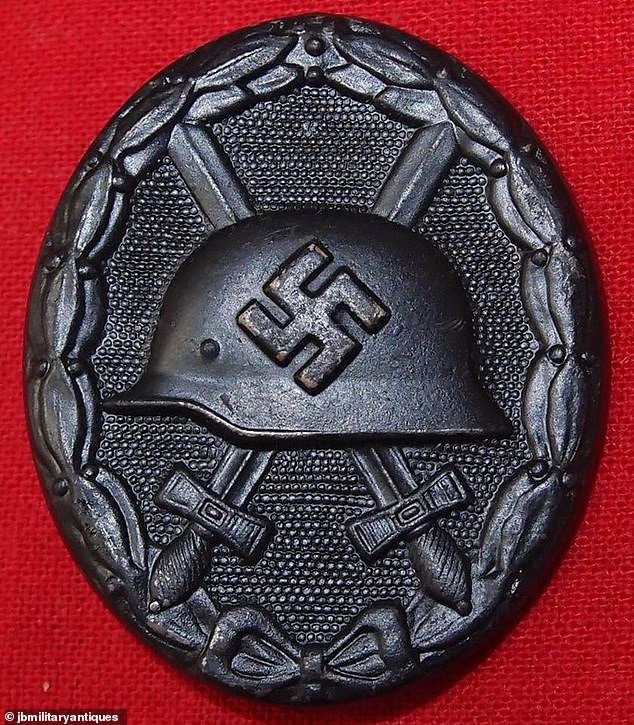 A Nazi combat medal for sale by a Perth dealer, JB Military Antiques

‘I disagree as museums buy from me regularly so they obviously have no problem with my morals or business ethics,’ he told Daily Mail Australia.

‘If I was to remove everything from sale that offended one group or another there would be nothing left to sell.’

‘I believe that good or bad they are relics of of a history that should not be denied,’ Mr Duff said.

He is just one of several Australian sellers – usually auction houses or antiques and military surplus stores – to stock items displaying swastikas and associated with the Nazis and the Third Reich.

David G Smith, from Bathurst, is selling a ‘Third Reich style door plaque’ for $35, while a ‘WWII German wound badge in black for combat action’ was listed a a ‘popular’ item by JB Military Antiques from Perth for $79.95.

It received $29,000 for a cigar box and $19,000 for a hairbrush both apparently previously owned by Hitler at auction in April. 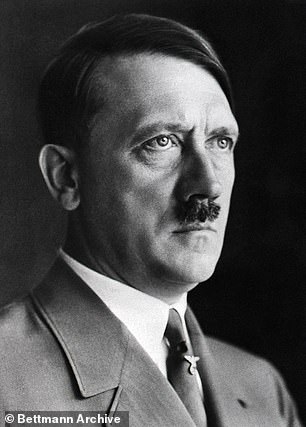 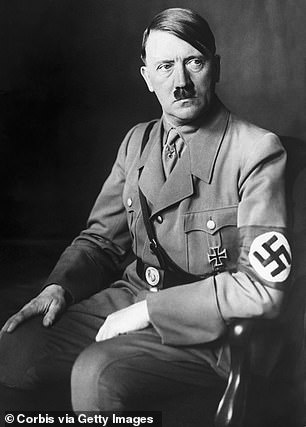 A photo of Nazi leader Adolf Hitler is for sale by Smalls Auctions. The evil dictator remains a magnet for deranged extremists 76 years after his death 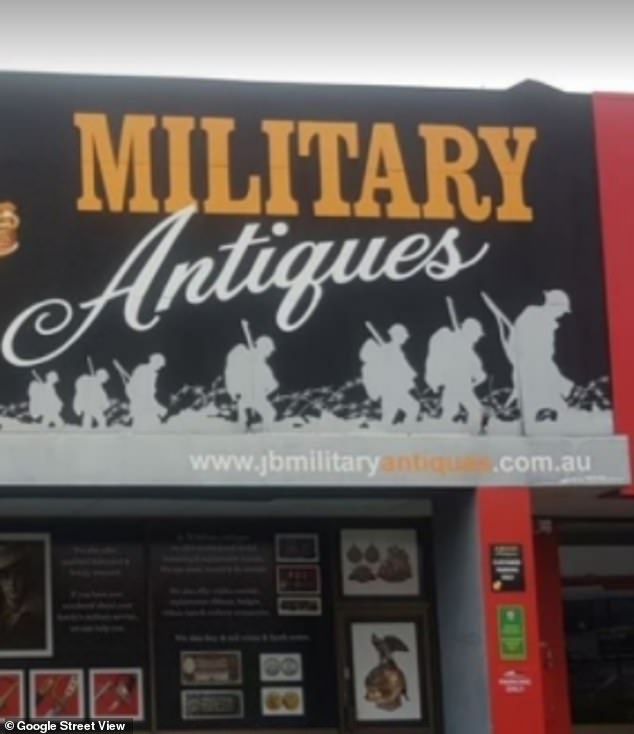 JB Military Antiques in Perth is a specialist in Nazi memorabilia, the same of which opponents – including the Australian Federal Police – want to see made a criminal act

Nazi items usually make up a small proportion of floor space or online catalogues – but they attract passionate criticism.

‘Let’s not play games here, they’re making money from this, they’re not in it for the history,’ he told Daily Mail Australia.

‘This evil trade, which symbolises history’s most inhuman period, tears to shreds our shared values and has to stop right now,’ said

Dr Abramovich said any comparison between a shop selling Nazi memorabilia and a museum displaying it was ‘spurious’ because museums don’t seek profit on these items and provide historical context when they show Nazi material.

‘A lot of this material is bought by white supremacists who use them as recruiting tools and in their meetings,’ he claimed.

‘To allow hard-core Final Solutionists to buy such items is morally wrong and is the last thing we need at a time when neo-Nazism is on the rise in our nation.

‘Anybody who buys Nazi memorabilia is celebrating and glorifying the extermination of six million Jews.’ 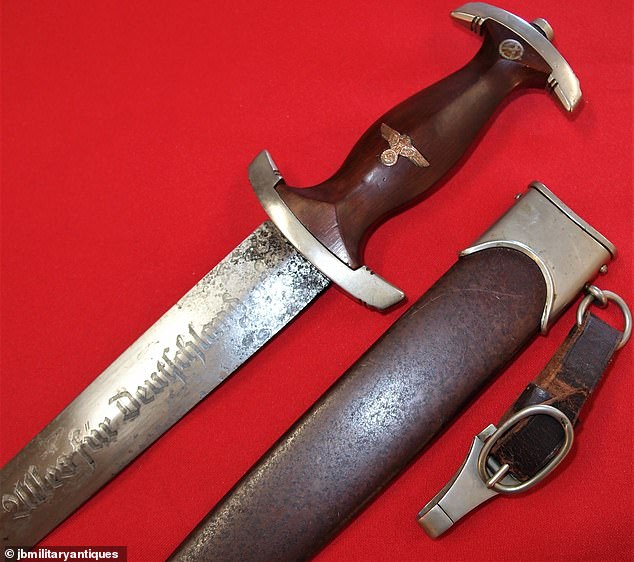 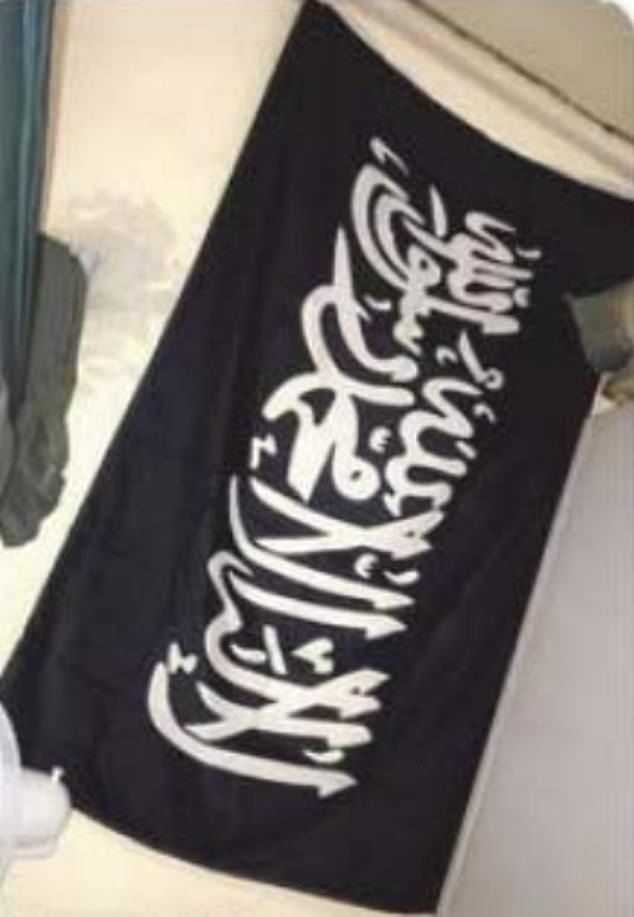 Disturbingly, Isis flags can be purchased online by Australians and shipped here

‘I dealt with them in our early years, they used to come in an told me the Holocaust didn’t happen,’ he said.

‘They’re white trash garbage that sit at home on the dole. They don’t have any money. I’m not a Nazi and I find the idea of Nazism awful.

‘The people who buy from us are sparkies, plumbers, they have jobs and families – they’re normal.’

He said buyers were often collectors who see Nazi silverware as an investment ‘like gold and shares’.

The issue includes, but goes beyond, Nazi memorabilia with the Australian Federal Police keen to ban the public display of any items showing identifiable extremist writing and logos.

Islamic State material, such as Isis flags and headbands, can also be bought online for as little as $25 – via websites such as Trident Military which is based in the US but ships to Australia.

‘There is a direct connection between these good and the atrocities we saw in Christchurch since the white-supremacist shooter who massacred 50 Muslim worshipers was incited to act by the pure hatred exemplified by this type of paraphernalia,’ Dr Abramovich claimed. 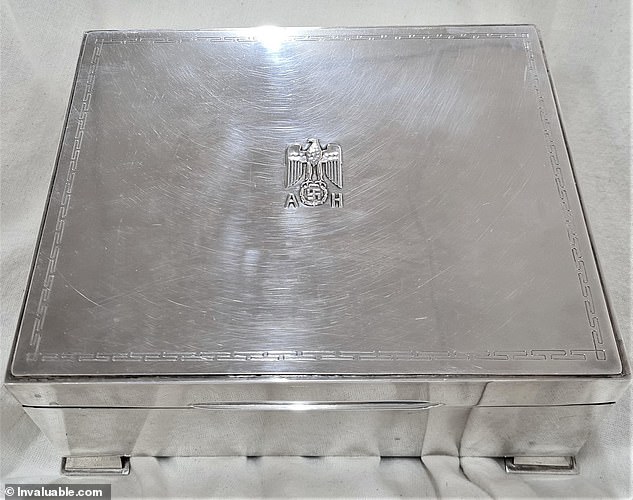 A $29,000 cigar box (pictured) and $19,000 hairbrush are among several items that were previously owned by Hitler and sold at an auction in Australia – but the auction house copped heavy criticism for the ‘perverse and twisted sale’

‘We also strongly support the criminalisation of the public display of flags and other extremist insignia,’ the AFP said in a statement to Daily Mail Australia.

Jamey Blewitt claims he heard from the AFP wanting to know if neo-Nazis buy from his store.

‘The AFP often give me calls to see if we’ve seen certain people- we communicate with them,’ he said.

‘I understand where were coming from. We are not Nazis.

‘I find the ideas of Nazism awful. We are selling historical items and we do not condone Nazism.’

The AFP believes online extremism only became stronger during the coronavirus pandemic.

‘We’ve observed violent extremists seeking to take advantage of isolation, loneliness and financial stress to boost their numbers,’ it said.

‘There is a gap in current criminal laws, which constrains investigators’ response to those who possess or disseminate abhorrent and instructional extremist content.’

Victoria is on track to be the first state to close that gap. 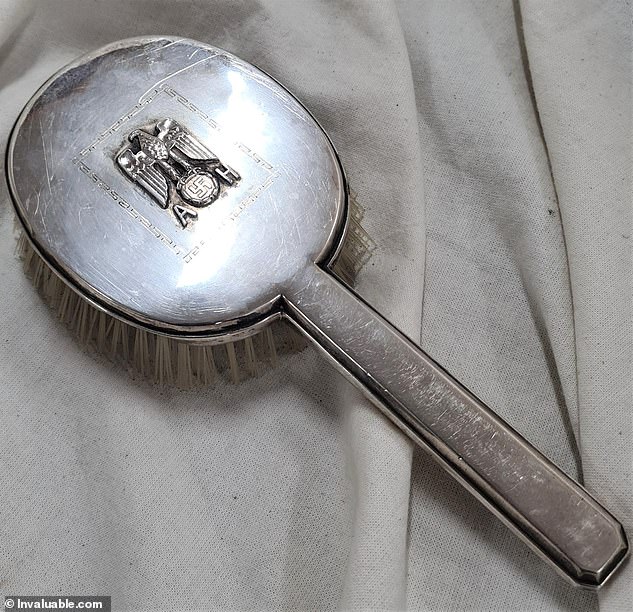 A hairbrush with the Nazi coat of arms and Hitler’s initials ‘AH’ was sold for $19,000 during the auction

An anti-vilification report was tabled in Victorian Parliament in March which recommended making it ‘a criminal offence that prohibits the display symbols of Nazi ideology including the Nazi swastika’.

It also recommended monitoring the public display ‘of other hateful symbols’.

The Victorian Government has six months to respond, then legislation needs to be drafted, making it unlikely that the law would be changed before the end of 2021.

Dr Abramovich insisted the new laws must include the public display of extremist material including Nazi memorabilia online as well as in public stores.

‘The big question is whether new laws prevent online auctions?’ he said.

‘We’re not sure, but surely if you are not allowed to display it you cannot sell it either.’

Other state governments are believed to be preparing to follow Victoria’s lead.

‘I once again urge state governments across the country to immediately ban the sale of any Third Reich memorabilia,’ Dr Abramovich said.