Outrage as Sydney Trains advertise $76,000 job for a female driver before taking down ad

Outrage as Sydney Trains advertise $76,000 job for a driver – but ‘ONLY women’ are allowed to apply

Sydney Trains has been forced to remove a job ad which specified ‘women only’ could apply for the role.

The government agency posted the position on job website Seek in a bid to boost the number of women in the male-dominated occupation, where less than one fifth of its train drivers are women.

The trainee driver position, with a starting salary from $1,469.60 a week, specified that it was for ‘safety-minded women’ with the disclaimer ‘this recruitment is open to women only’.

An eagle-eyed member of the public came across the ad online and brought it to the attention of radio station 2GB.

Sydney Trains acting chief executive Susanne Holden told the station the ad has since been taken down to be rephrased, insisting they are not banning men from applying.

The edited position will be the first in a series of diverse roles that will be advertised.

‘It’s more around getting gender equality, it’s not specifically to focus on female-only recruitment, that’s certainly not the case.

‘This is targeted deliberately at women. In the next couple of weeks we’re going out with a more broader campaign.

‘I do think that the wording is probably a little unfortunate. We’re actually making some changes to the wording.’

The job advert on Seek (pictured, with the disclaimer) has since been removed to be rephrased 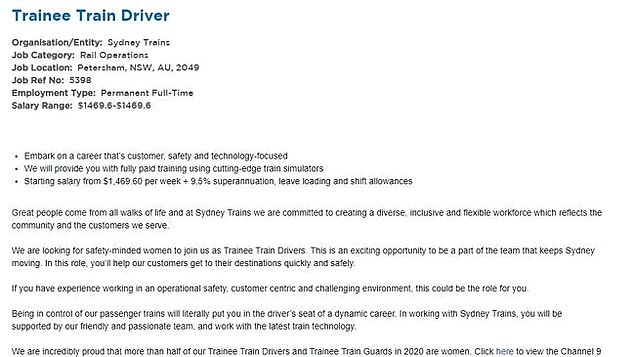 The aim of the original job as was to encourage women to apply for traditionally male-dominated roles, she explained.

‘We’re really trying to encourage women into the pipeline so they put in their applications for roles they may have typically considered to be male.

‘Once applications are with us, they will all be treated equally.’

The number of women Sydney Trains drivers has more than doubled in recent years, up from eight per cent in 2016 to 18 per cent. 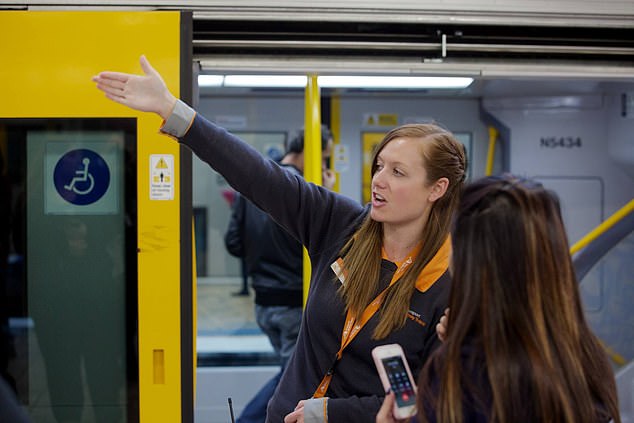 ‘We still have a lot of work to do,’ Ms Holden said.

‘We’re working very hard to represent the community we serve but we’ve got some way to go, predominately in male environments.’

‘You will see targeted recruitment but we’re certainly not pulling together female-only classes.’ 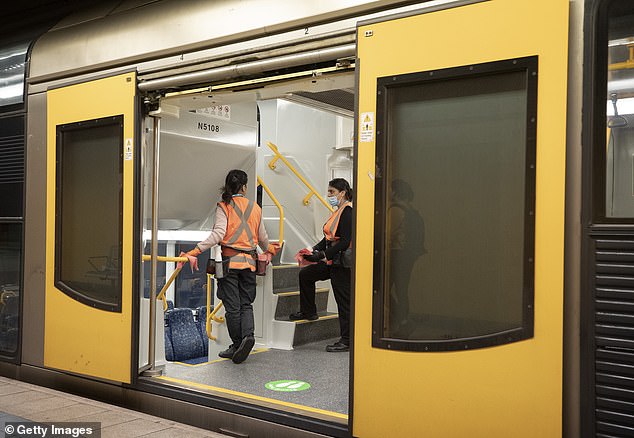 Sydney Trains has urged women to apply for traditionally male-dominated roles such as trains driver (pictured, Sydney Trains staff cleaning a train during the coronavirus pandemic)