Work has begun on a new airport that will be used by tourists visiting Machu Picchu – but it has sparked outrage among historians and environmentalists.

Bulldozers are currently clearing land for the new hub in Chinchero. It lies 36 miles from the world-famous tourist attraction, near Cusco, and is considered to be the gateway to the Sacred Valley.

The Chinchero plateau and the surrounding area is rich in Inca history and culture and protesters say that this ‘incomparable landscape will be destroyed’.

Work has begun on a new airport that will take tourists directly to Machu Picchu, pictured, but it has caused outrage among historians and environmentalists

So far, almost 7,000 people have signed an online petition urging the Peruvian president, Martín Vizcarra, to stop all clearing work and cancel the planned airport.

The petition was started on change.org by Natalia Majluf, a Peruvian art historian at Cambridge University.

She wrote: ‘The airport planned in the town of Chinchero is a serious threat to the conservation of one of the most important heritage sites in the world. 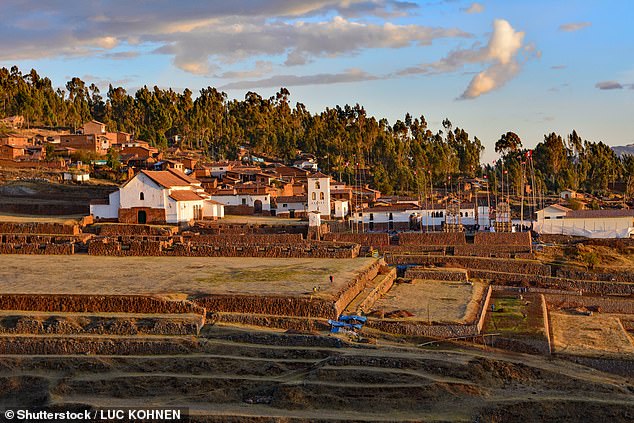 ‘In addition to affecting the integrity of a complex Inca landscape, building an airport in the vicinity of the Sacred Valley will have irreparable effects due to noise, increased traffic and uncontrolled urbanization.

‘We call on the President and the Government of Peru to reconsider this project.’

Meanwhile an open letter signed by hundreds of historians, archaeologists and environmentalists, has also been sent to President Vizcarra slamming the building work.

It reads: ‘We do not pretend to deny that Cusco, a magnet for tourists from all over the world and a driver of the country’s growth, deserves to have a more adequate airport. 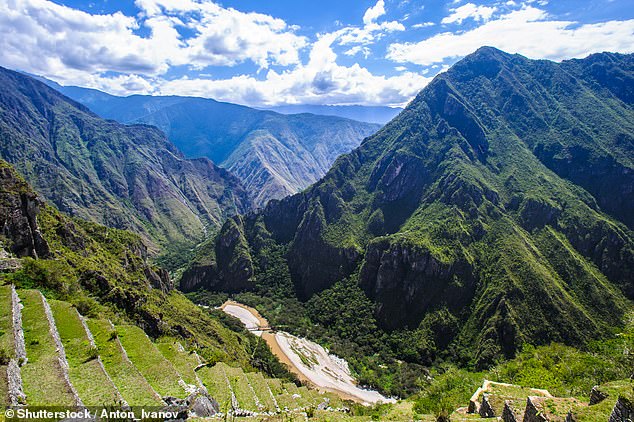 The town of Chinchero, where the airport is being built, is regarded as the gateway to the Sacred Valley (pictured)

‘Happily, the region offers other suitable areas for an efficient and modern construction able to meet a greater demand of visitors.

‘Leaving this project with so much conflict and changing it to look for new viable alternatives would represent a minimum loss for the State in comparison with the seriousness of the destruction of a universal heritage.’

In 2012, the Peruvian president Ollanta Humala announced plans to build the multi-billion dollar airport in a bid to further boost tourism to the area.

Humala also enacted a law allowing the expropriation of land in Chinchero, but promised that local residents would be compensated.

Currently, visitors to Machu Picchu must fly into Cusco airport, which is more than 50 miles from the ruins, and then take a bus or train or follow the Inca trail to the ancient site.

The airport only has one runway and only small narrow-body aircraft can land there. Most flights arrive from Peruvian capital Lima and Bolivian capital La Paz.

The new Chinchero airport would be able to accommodate larger planes flying international routes from the rest of Latin America and the US.

Machu Picchu is a Unesco World Heritage Site and currently limits visitor numbers to around 3,000 a day in order to reduce the environmental impact on the site.