A woman has been left furious with her local corner store after she realised they charge more for water on hot days.

The young woman posted a rant about the fifty cent price hike on Facebook after a recent visit to the EzyMart beneath her building in Bondi, Sydney.

‘Never cared much about this 50 cents difference but yesterday, I had my four dollars ready, the guy asked for $4.50 so I’ve asked what was the reason for that price difference,’ she wrote. 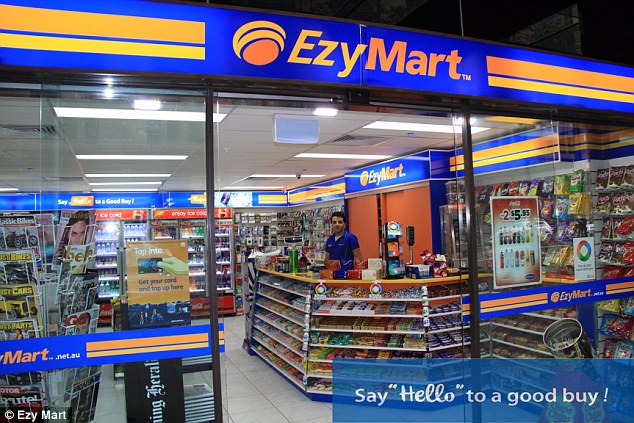 ‘Get ready, this was the answer. ”It depends on the temperature, some days is warmer outside and we charge more”.

‘The guy changed immediately his mind about the price and I paid $4 for the very last bottle of water I’ll ever buy from EZY MART.’

But the store can charge anything from $3.99 to $4.50 for the 1.5 litre bottle, a spokesperson told Daily Mail Australia.

‘It is up to the store manager how much the charge for it,’ the spokesperson said.

‘Sometimes the stores that have it for $4 will put the price up for special events – they can put the price of most product by $1 then.’

The woman’s rant didn’t appear to fall on sympathetic ears – with most people slamming her for not getting her drink free from the tap.

The store can charge anything from $3.99 to $4.50 for the 1.5 litre bottle, a spokesperson told Daily Mail Australia

‘Give yourself an uppercut for buying bottled water,’ one man said, ‘drink it from the tap for free’.

‘Recycle your plastic bottle and move on,’ said another.

‘You have free water coming out of your tap… You live in Bondi, in front of the ocean!.. That thing disappearing under plastic ans trash and you complain about plastic bottles – shame on you,’ said another.

Others slammed her claim the people in the shop are dishonest.

‘Actually they are quite honest, he told you exactly why, so you either deal with it or don’t,’ one man said.

Others pointed out fluctuating prices are common.

‘The change the price of petrol too, more expensive on weekends. That’s capitalism guys,’ a man said.

The woman said she will never shop at the store again.