Outrage over plans for pedophile, 78, to live in San Diego home across from a school bus stop

San Diego residents have sucessfully opposed the placement of sexually violent predator in a million-dollar home across the road from a school bus stop.

Douglas Badger, 78, a convicted child sex offender, was recommended by the California Department of State Hospitals to be placed in a home on Frondoso Drive in the Rancho Bernardo neighbourhood.

However, outraged residents rallied together to reject the placement of Badger in the home, who according to court records was diagnosed with schizoaffective disorder and sexual sadism.

They argued that the neighborhood has many families and children living there, and there are three school bus stops within a short walking distance of the house.

Following the protests from residents, the owners of the Rancho Bernardo house withdrew their offer to the state, saying they could not ‘in good conscience’ consent to allow Badger to be placed at their property on Friday.

Channing Hughes, an resident in the area, helped to rally her neighbors and made signs that were put up outside houses on the street – including the house where Badger was supposed to move into. 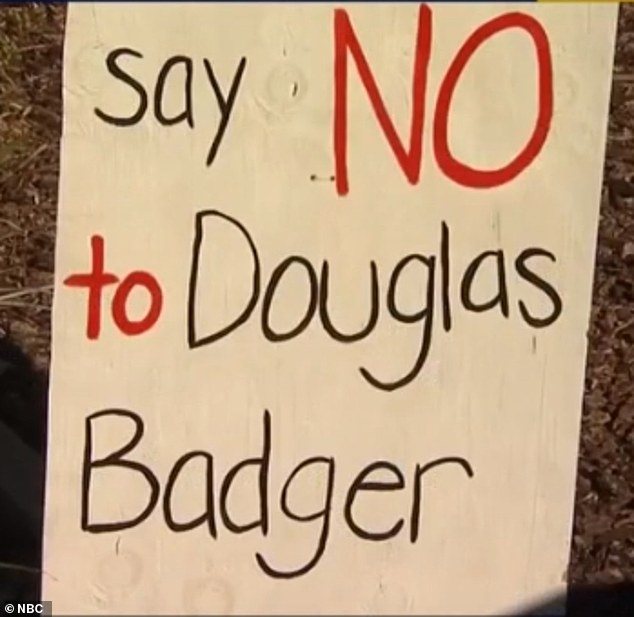 The convicted sex offender, was recommended by the California Department of State Hospitals to be placed in a home on Frondoso Drive in the Rancho Bernardo neighbourhood

Speaking to NBC San Diego, she said: ‘We had no say in it. We get a letter one day or an email saying this person is going to be placed in this home, and that’s all we know.’ 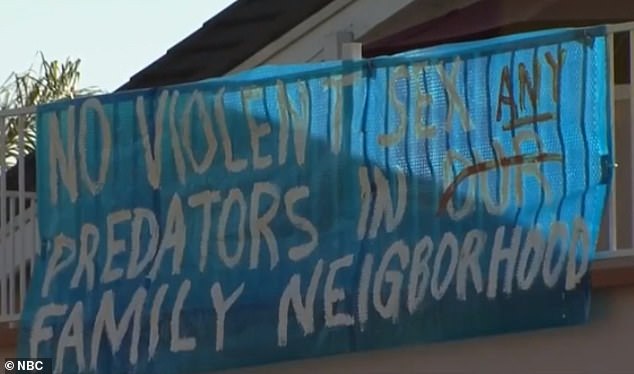 Outraged residents rallied together to reject the placement of Badger in the neighborhood, which has many families and children, and hung signs from houses and driveways (pictured)

Badger was convicted of sexual assaulting both males and females, with convictions in Riverside County, Californa dating back to 1981 and 1990 in San Diego County.

According to the San Diego County District Attorney’s Office, his convicted offenses include child molestation, kidnapping and forcible oral sex and he it was reported that his victims were mostly young male hitchhikers who he assaulted at gunpoint.

After serving his prison sentences, Badger was released from prison for a second time in 1997 and since then has spent years in maximum-security state hospitals.

In order to be classified as a sexually violent predator (SVP) in California, a person has to have been convicted of a violent sex crime against at least one victim and have been diagnosed with a condition that makes that person likely to re-offend. 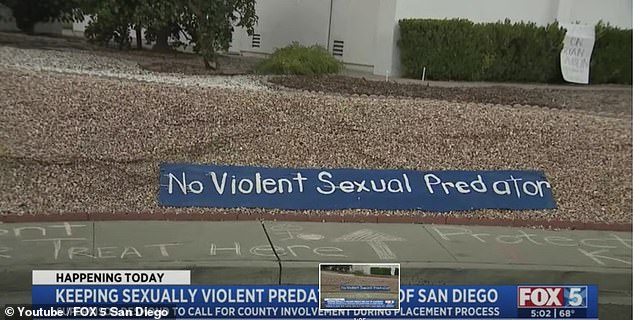 Badger, who has been diagnosed with schizoaffective disorder and sexual sadism, was convicted of sexual assaulting both males and females, in 1981 and 1990, and has since then has spent years in maximum-security state hospitals 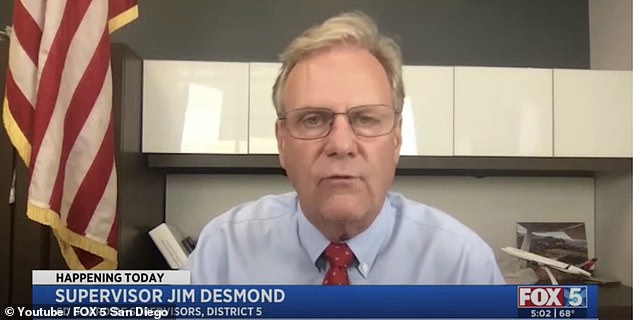 However, the case has opened a wider debate among officials in San Diego about allowing SVPs to rejoin family communities with Supervisor Jim Desmond (pictured) saying he think the ‘system is broken’

While at the hospital, Badger participed in a sex offender treatment program before he was granted conditional release by San Diego Superior Court on September 22.

The release order will allow him to live in a community under the supervision of the state’s contractor, Liberty Healthcare, as long as he continues outpatient treatment and follows court-ordered rules.

However, the case has opened a wider debate among officials in San Diego about allowing SVPs to rejoin family communities.

Supervisor Jim Desmond who sits on San Diego County Board of Supervisors plans to opposes any further placements.

Speaking to NBC San Diego said: ‘I think the system is broken. I think the state should keep them in mental hospitals and keep them on prison grounds or some other place.’

He continued: ‘The fact that they did their time doesn’t, to me, mean they are never going to do it again, and these people [in the community] should not have to live in that fear.’