By Levi Parsons For Daily Mail Australia and Aap

Jewish community members have expressed outrage at the use of a swastika imposed on an Israel flag during a pro-Palestine protest.

It was displayed during a march in Sydney on Sunday as participants protested Israel’s actions during the current conflict with Palestinian militants in the Gaza Strip.

The flag put the swastika in place of the Star of David on an Israel flag to draw parallels between the Jewish state and the Nazi regime that led Germany during World War Two.

The use of a swastika was a particularly infuriating for Jews, who were targeted by the Nazi regime and placed in concentration camps and death camps where they died in their millions.

While provocative, such displays of the swastika are not illegal in Australia. 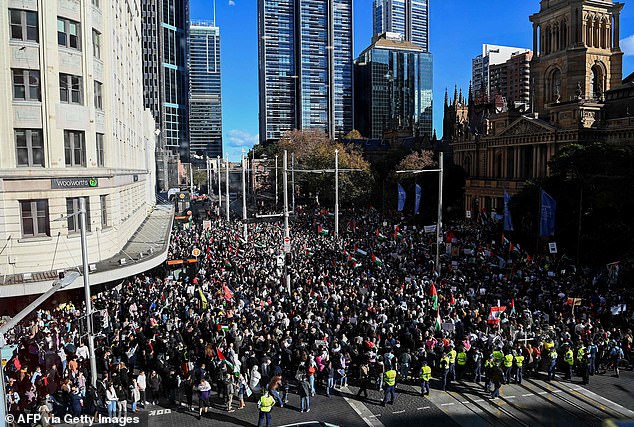 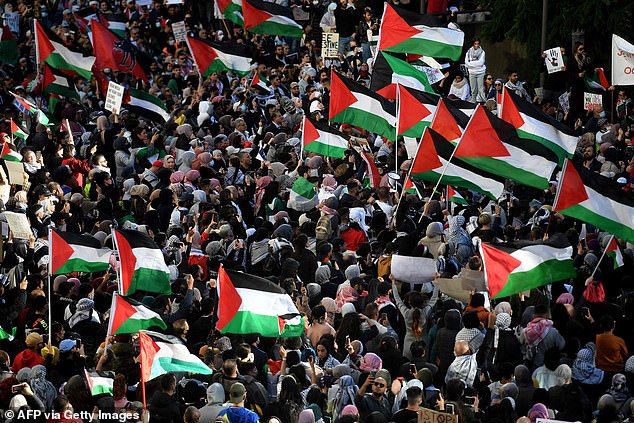 ‘I was walking with my grandma who is a Holocaust survivor when we saw this – (it was) so horrible for her,’ the man who took the photo told 7NEWS.

‘The government should be banning things like this and arresting this man.’

Dr Dvir Abramovich, who is Jewish and the chairman of the Anti-Defamation Commission, has been spearheading a campaign to ban public displays of the swastika.

Should Nazi swastika’s be outlawed in Australia

He told Daily Mail Australia he was alarmed at the scenes emanating from these demonstrations.

‘As Israel defends her citizens from Hamas’ missiles, Australian Jews are paying the price by being attacked with hateful speech and symbols,’ he said.

‘What is going on in our country, when individuals with pure hatred in their heart, feel emboldened to proudly display a symbol that represents the death squads and gas chambers of Hitler’s regime.’

‘The use of the Nazi swastika – the ultimate emblem of evil that led to the extermination of six million Jews and millions of others – is an outrage and cannot stand.’

He said the swastika is not only a ‘disgusting’ show of antisemitism but a repudiation of the Australian diggers who fought to defeat Germany during the Second World War.

‘It is also a kick in the stomach of the survivors living amongst us,’ he said. 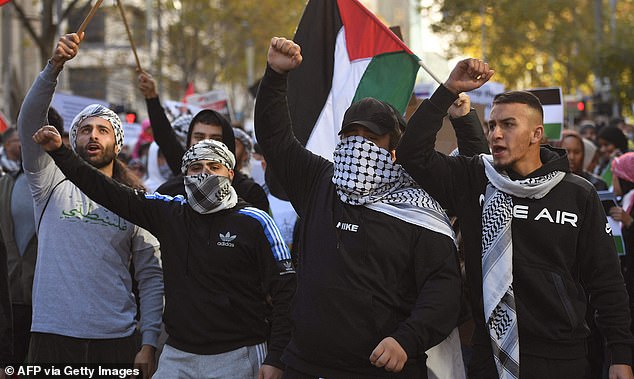 Passionate protestors (pictured) taking part in a protest rally in Melbourne on May 15, 2021, calling for an end to the escalating violence between Israel and the Palestinian Territories 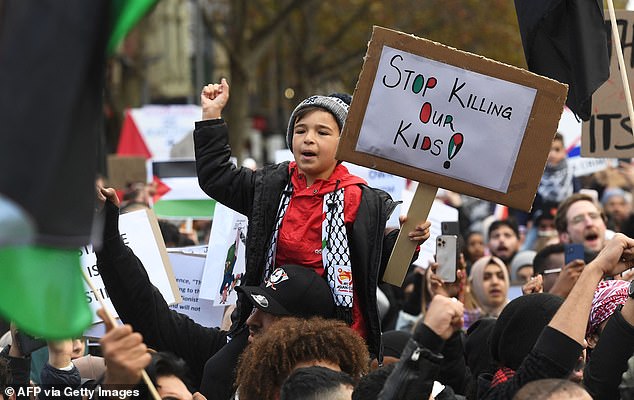 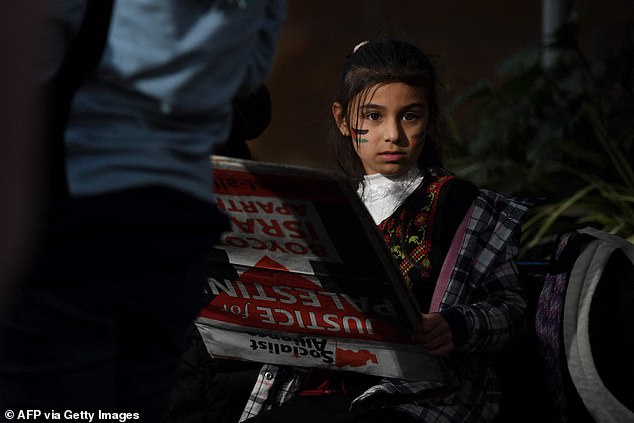 A child attends a demonstration against Israel at the Town Hall in Sydney on Saturday, May 15

Since the conflict erupted on May 9, the death toll has risen to 227 in Gaza and 12 in Israel.

‘We’ve unequivocally called on all leaders to take immediate steps to halt violence, to maintain restraint, and to restore calm,’ she said at a press briefing in Washington.

It follows Prime Minister Scott Morrison last week restating the government’s policy of a two-state solution between Israel and Palestine, describing Australia as an agent for peace.

He urged Australians with ties to the conflict to act with tolerance and respect.

‘By all means, people can have concerns and views, and there is a tolerance for that, but at the same time we do not want to import the troubles of other parts of the world into this country,’ Mr Morrison said. 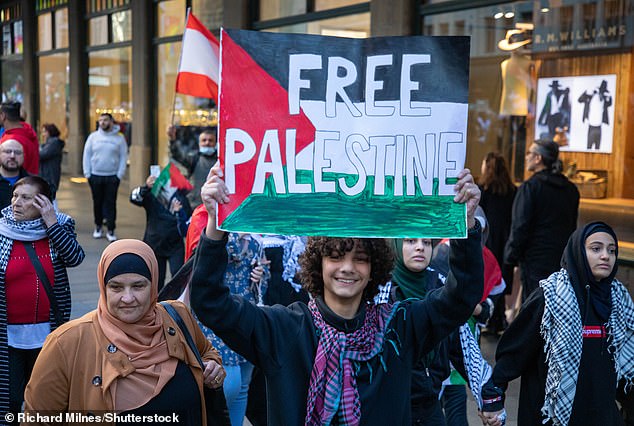 Protestors (pictured) in Sydney making their voices heard on Saturday – no arrests were made, with the protests passionate and peaceful 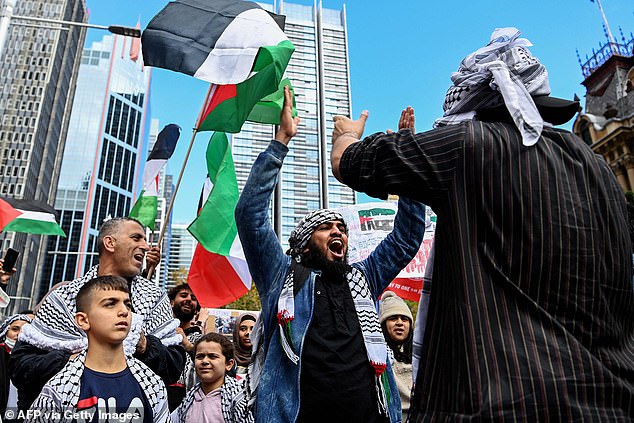