‘Why, was it speeding?’ Outraged Remainers are ridiculed for their dodgy spelling as they demand ‘stop the coupe’ over Boris Johnson’s plan to suspend Parliament

Anti-Brexit supporters are being mocked mercilessly online for starting the hashtag #StopTheCoupe in a bid to prevent Boris Johnson from suspending Parliament.

Remainers rallied together yesterday to create a #StopTheCoup trend on Twitter when the PM secured permission from the Queen to prorogue Parliament.

But many hapless pro-EU campaigners jumping on the bandwagon today got ‘coup’ and ‘coupe’ mixed up, prompting dozens of users to question why they had an issue with two-door sports cars.

One user, named Blake, wrote: ‘I see #stopthecoupe is trending and I’m taking a strong stance against it… I love my coupe, it’s a great little car.’

Hapless Remainers were ridiculed online for their dodgy spelling of ‘coup’. Dozens of users questioned why they had an issue with two-door sports cars 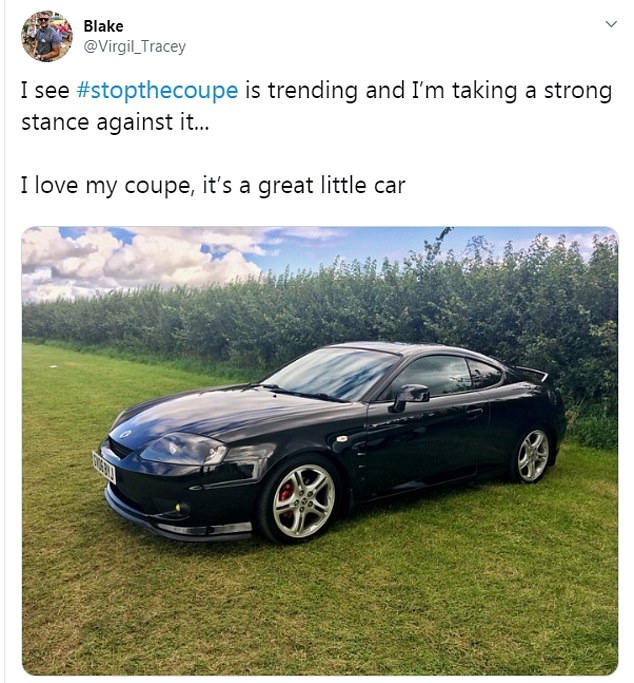 Blake poked fun at the Remainers by sharing a photograph of his coupe, adding: ‘It’s a great little car’ 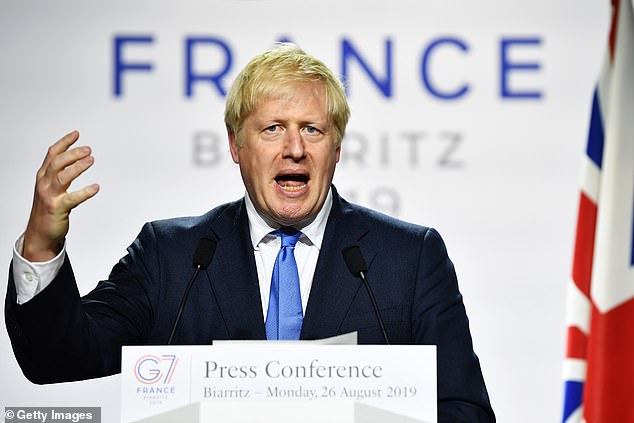 Daniel Drury shared a photograph of his BMW M3 and responded: ‘#StopTheCoupe is trending, I personally really like coupes.’

Frances Weetman posted a photo of a Subaru BRZ coupe with the caption: ‘I’ve always been a firm opponent of coupes.’

Jonathan Pie joked: ‘The fact that #StopTheCoop and #StopTheCoupe have been trending for the past 24 hours is an incredibly powerful argument in favour of why we still need the ‘do not eat’ warnings on silica gel packets.

David Howard asked, ‘Why, was it speeding?’. The hashtag #StopTheCoup came in protest against Boris Johnson’s decision to suspend Parliament and hamstring MPs’ attempts to thwart a No Deal. 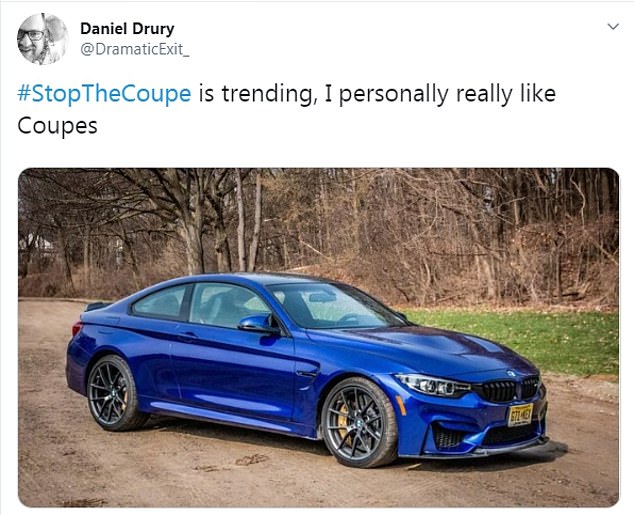 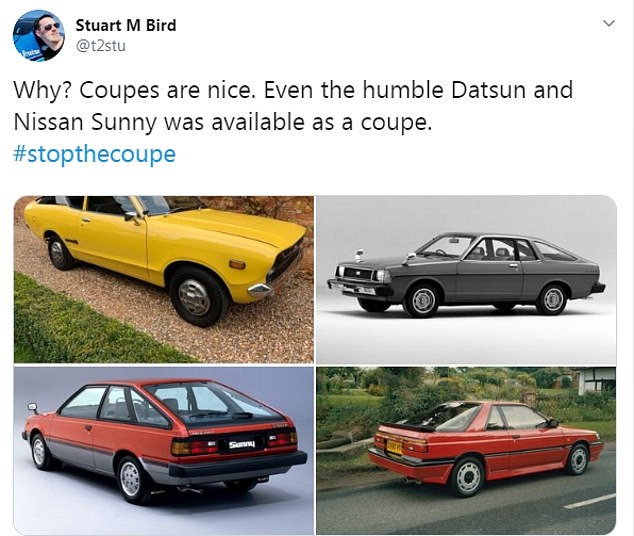 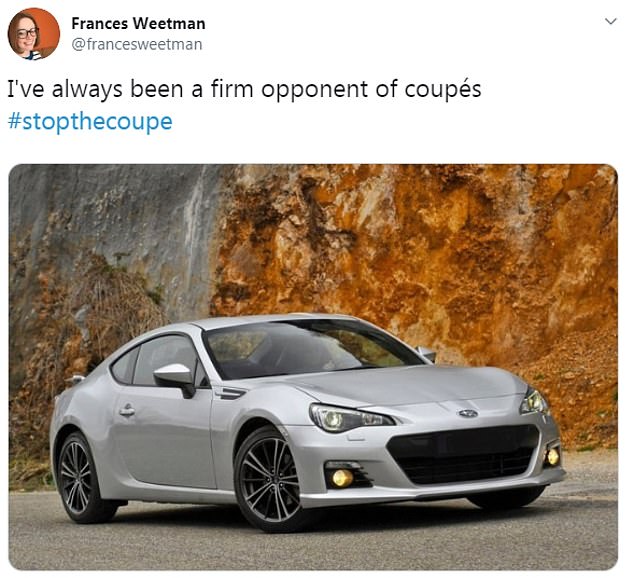 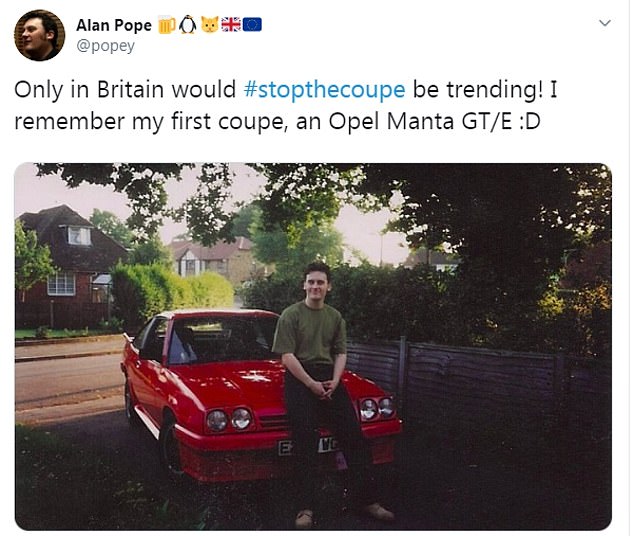 The Prime Minister stunned the nation yesterday as he secured permission from the Queen to prorogue Parliament at some point in the week beginning September 9 until October 14.

Mr Johnson has promised to take Britain out of the bloc on October 31 ‘do or die’ and with or without a deal but his preference remains leaving with an agreement.