A mother-of-four misdiagnosed with irritable bowel syndrome before doctors discovered a massive tumour on her ovaries has revealed the early symptoms of ovarian cancer every woman should know.

Danielle Malafant’s ‘excruciating’ stomach pain was dismissed as IBS before she was rushed to hospital after collapsing at a family barbecue in July 2015.

While paramedics initially believed she was suffering from appendicitis, scans showed the administrative assistant from Wollongong, NSW, had a 13.5cm tumour – half the length of a 600ml Coke bottle – growing on her right ovary.

Despite experiencing telltale signs including bloating, constipation and intense pain for years before her diagnosis, Ms Malafant says her condition was repeatedly overlooked by GPs and consultants.

A surgeon successfully removed the growth and the affected ovary, but when tumours grew back on the left side Ms Malafant had little choice but to have a hysterectomy – removal of the womb – to ensure her cancer would not recur.

She now wonders if the outcome could have been different.

‘I feel frustrated looking back,’ she told Daily Mail Australia.

‘It was the worst pain I’ve ever felt in my life – I delivered my children naturally without pain medication, and this was 10 times worse, but they told me it was just IBS.

‘I think there needs to be more information available to women. I was fobbed off time and again, I was showing symptoms and they still didn’t catch it.’ 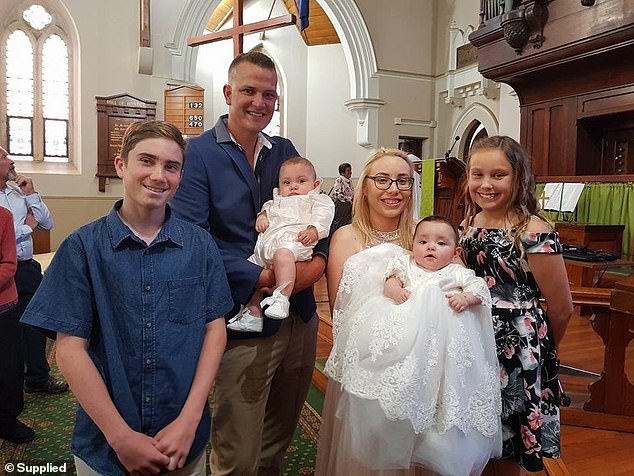 The mum-of-four (second from right) was repeatedly misdiagnosed with IBS before doctors discovered a 13.5cm tumour on her right ovary

Ms Malafant is one of an estimated 1,720 Australian women diagnosed with ovarian cancer each year, government health department research shows.

It is the sixth most common cause of death from cancer among Australian women, behind lung, bowel, stomach, liver and breast.

Ovarian cancer is notoriously difficult to detect because early stage symptoms are vague and easily confused with those of less sinister illnesses like IBS.

Common warning signs include abdominal bloating, feeling full after small amounts of food, an urgent need to urinate and constipation, as well as indigestion, fatigue and pain during sex.

In some cases, sufferers may also experience pain in the lower back, sudden, unexplained weight loss and discomfort in the stomach or pelvis. 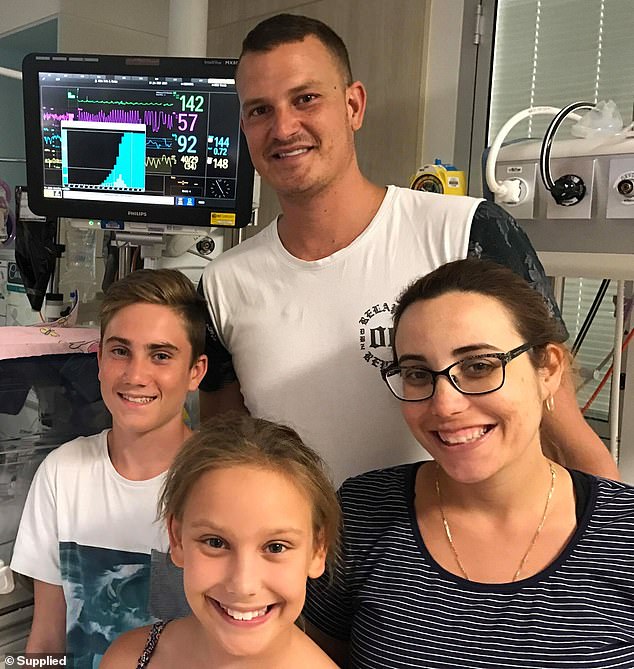 Ms Malafant (right, with her husband Scott and eldest children) was forced to have a hysterectomy before her 38th birthday to prevent cancer recurring

– Early onset of periods (before 12 years) and late menopause

– Women who had their first child after the age of 35

– Back, abdominal or pelvic pain

Unlike cervical, breast and colon cancer, there are no screening programs for ovarian cancer.

A specialist blood test that detects the CA125 protein – which is produced by ovarian cancer cells – can be used to diagnose the disease.

But menstruation and conditions such as endometriosis and benign ovarian cysts also cause this protein to develop, meaning the test alone cannot be used to confirm the presence or absence of cancer.

In addition. more than 50 per cent of women with early stage ovarian cancer do not show elevated CA125 levels, which means internal ultrasounds must be performed in conjunction with the blood test for a conclusive diagnosis.

All types of ovarian cancer are highly treatable if the patient receives care in the initial stages, but mortality rates remain high due to the lack of effective measures for early detection. 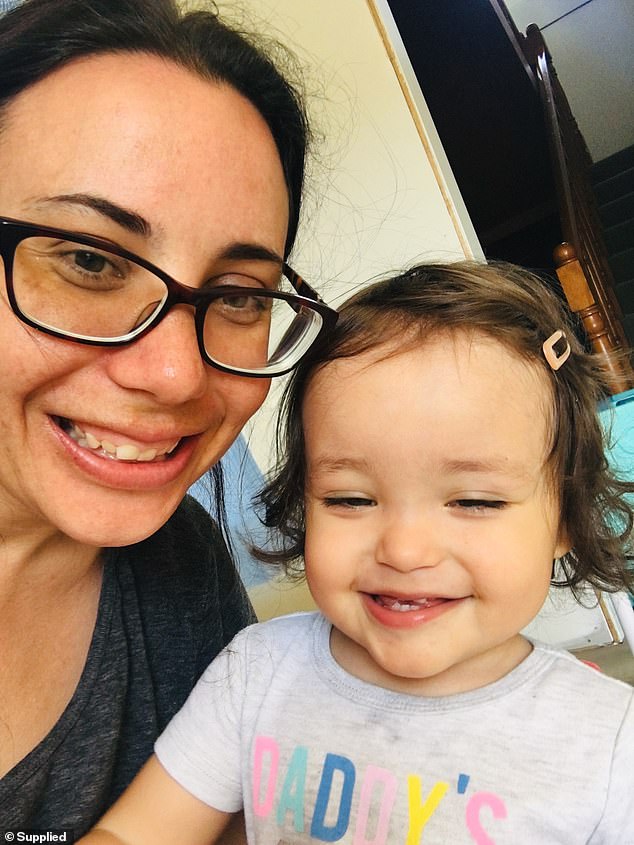 Despite experiencing telltale signs including bloating and constipation for years before her diagnosis, Ms Malafant (left) says her condition was repeatedly overlooked by doctors

With a five-year survival rate of just 46 per cent, it is crucial to diagnose early and to quickly determine if a genetic mutation – which can only found via genetic testing – could be responsible.

To help women navigate this procedure, Australian gynaecological charity Pink Hope has released its first-ever ‘What to Ask’ checklist, a simple guide that helps those diagnosed with ovarian cancer to access the most appropriate genetic test for them

The checklist comes after a study by the charity found 47 per cent of Australians don’t know or are unsure if they have a history of cancer in their family.

Ms Malafant believes she could have avoided having a hysterectomy before her 38th birthday if more was done to publicise the benefits of genetic testing.

‘If they had done more testing in the beginning, I do wonder if it could have prevented everything I’ve gone through.’

For more information on ovarian and other types of gynaecological cancer, please visit the Pink Hope website here.