A company that sells alien abduction insurance policies worth $10 million in compensation will now cover the ‘Storm Area 51’ viral Facebook event too.

He announced the policy coverage extension to include Area 51 promising to pay ‘If you get in, but don’t come out’ of the infamous Nevada, U.S. Military airbase that some believe has played host to aliens.

Lawrence’s unusual site that has been running since 1987 boasts a whopping 6,000 policy holders and has even paid out one individual, according to Fox35.

But there’s one catch in the small print, they will only pay $1 per year over a 10 to 20 million year period.

The tongue in cheek site offers coverage for a one-off fee of $24.95 in which they will mail a paper copy of the certificate in a frame. Digital copies cost $19.95.

Mike St. Lawrence (above), of Altamonte Springs, Florida, offers the alien abduction insurance policies that can pay out up to $10 million 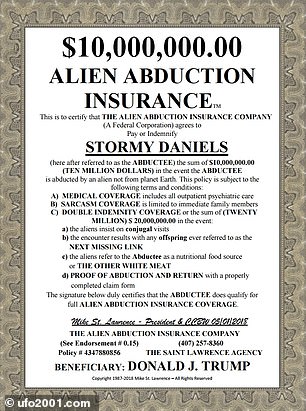 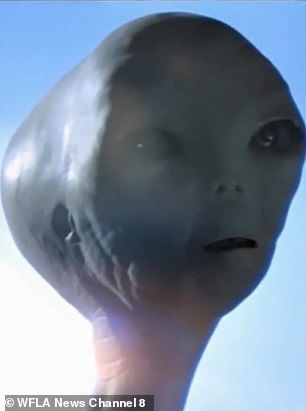 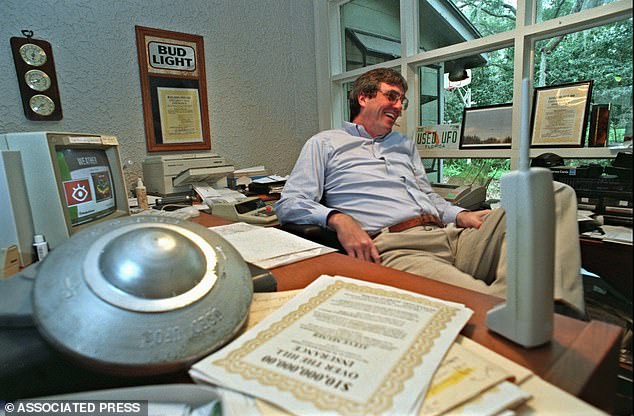 The insurance has been available since 1987. but after a recent Facebook event to ‘Storm Area 51’ went viral more interest has been found. Here is St. Lawrence (above) in his office in 1997

‘Don’t Leave Earth…Without It’ the site reads and claims to be, ‘The Perfect Policy for Anyone Who Thinks They Have Everything Covered.’

As part of their lifelong coverage they pay out for ‘outpatient psychiatric care, sarcasm coverage, and double identity coverage,’ according to Fox.

The site elaborates that the ‘sarcasm coverage’ is limited to only cover against family members who mock the abductee.

‘There’s a readjustment period if you’ve gone through something like this,’ St. Lawrence told the site.

St. Lawrence stated that the policy is only intended for someone with a sense of humor.

‘I don’t want to try to rip somebody off,’ he told Fox. ‘The people that come to me, if I think they don’t understand the terms and conditions, that this is tongue and cheek, I won’t sell it to them.’

To make a claim on the policy the small print lists certain criteria including the type of life form taken by the abductee, their point of origin and a tag number from the UFO.

They also request photographs of the aliens and a signature from an ‘authorized, on-board alien.’ 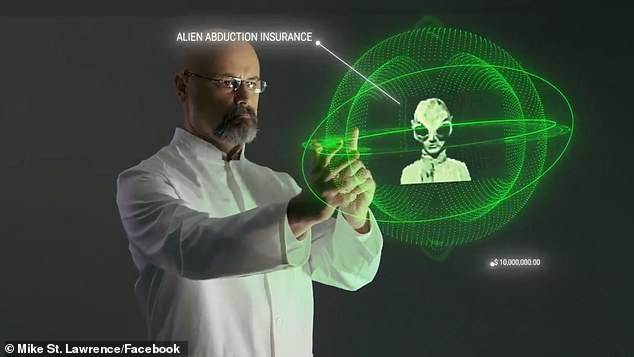 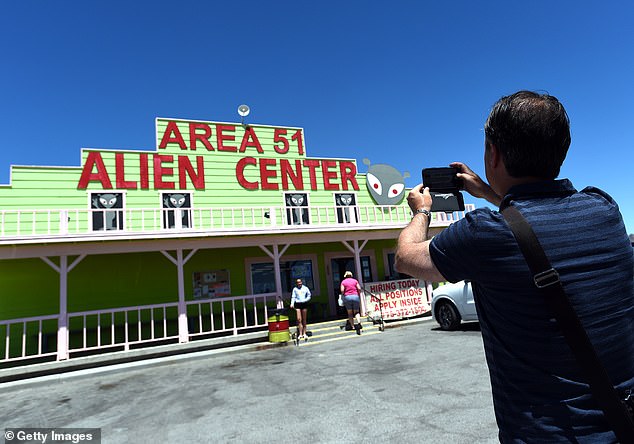 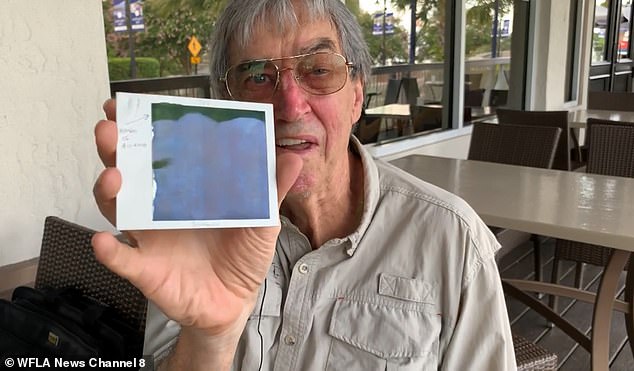 St. Lawrence (above) said that two people have made claims on the alien abduction insurance policy, including one the policy holder submitted the Polaroid photograph of the ‘suspected aliens’ above

St. Lawrence told Fox that two people have submitted claims so far, with one even submitting a Polaroid photograph of the suspected aliens.

One claimant spoke to a professor at MIT  who examined an implant from the policy holder’s body and found it was not made of any earthly material.

‘I said we’re going to waive the signature and we started paying him a dollar a year for 10 years before we lost contact with him,’ St. Lawrence told Fox.

He claims that more people are taking the site seriously in recent years: ‘When I started most people thought it was completely absurd, and today I’d say 50 percent of the people think it’s a possibility.’

A surge of interest arose after a Facebook page named ‘Storm Area 51, They Can’t Stop All Of Us’ launched online.

It proposes a meeting on September 20 at the Area 51 Alien Center tourist attraction to coordinate a raid.

‘If we naruto run, we can move faster than their bullets. Lets see them aliens,’ the site wrote.

It attracted more than 1.9 million people confirming their attendance and a further 1.4 million likes, as of Friday.