Thousands of women are having unnecessary treatment after cervical screening, new research suggests.

Women whose results show ‘grade 2’ abnormalities have to undergo a painful procedure to burn away the pre-cancerous cells. But it is unnecessary in half of cases as the women would never have developed cancer, a major review has found.

The investigation of more than 3,000 patients, led by Imperial College London, suggested regular monitoring could be an alternative to treatment.

Many women undergo painful procedures to burn away pre-cancerous cells. But in half of cases the women would never have developed cancer. Pictured: the HPV virus

Last year, 15,367 women in England had the level of pre-cancerous cells the review talks about, meaning more than 7,500 women may have undergone unnecessary treatment.

Lead author Dr Maria Kyrgiou said it was a matter of weighing up the risks. ‘All these lesions are not cancer, they are lesions which are being detected to prevent cancer,’ she added. ‘If we don’t identify them and we don’t remove them then obviously a significant proportion of the population will develop cancer.

‘But equally, we may need to be slightly more conservative in some cases where we think that the woman is young, she hasn’t had children, that she’s going to be compliant with close monitoring in the future. If we see all of those factors, then we can justify surveillance in some circumstances.’

In the studies, women with the abnormal cells, or lesions were monitored for up to five years.

Researchers found that after two years, half of the lesions had regressed spontaneously, one third stayed the same and just under one in five (18 per cent) progressed to ‘grade 3’ abnormal cells. 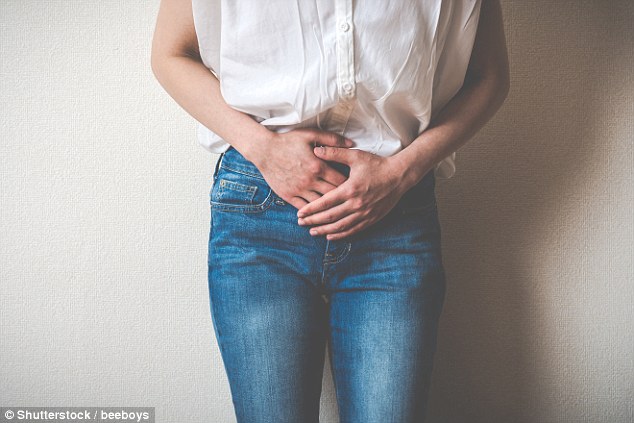 Last year, 15,367 women in England had the level of pre-cancerous cells the review talks about (stock image)

In those under 30, six out of ten saw symptoms disappear while nearly a quarter (23 per cent) stayed the same and 11 per cent developed into more serious lesions.

If abnormal cells are detected, they are offered a procedure called a Lletz – or Large Loop Excision of the Transformation Zone – which cuts away the abnormal cells using an electrical current fed through a loop of wire, under local anaesthetic.

Those who have had the treatment and go on to become pregnant have an increased risk of early birth because it weakens the cervix.

The study suggested that in certain cases, women who have not had children yet may be better suited to regular screenings.

Dr Kyrgiou said: ‘It may be justified in selective cases to offer monitoring – bringing these women back for repeat assessments but not immediately treating them.’